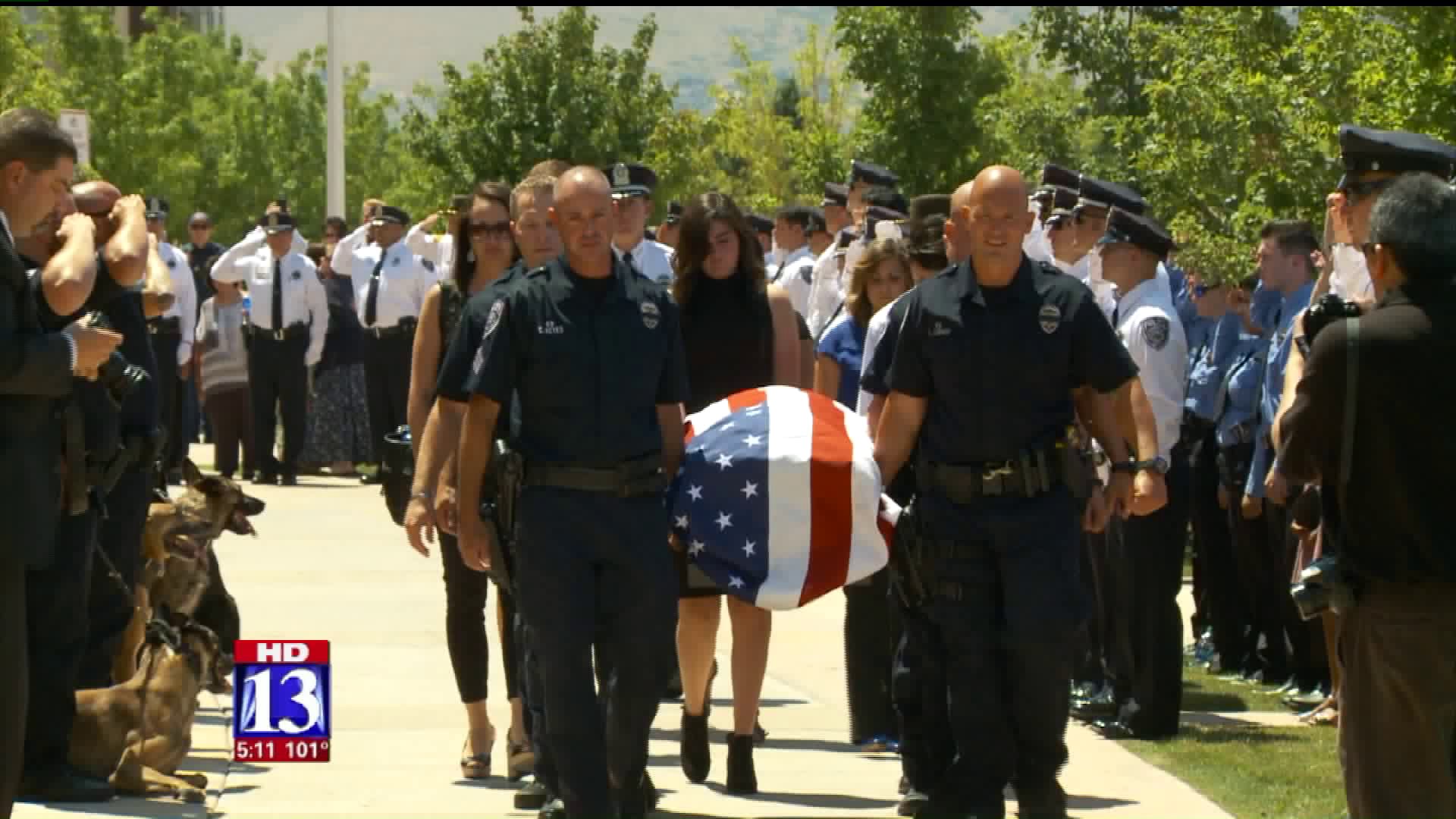 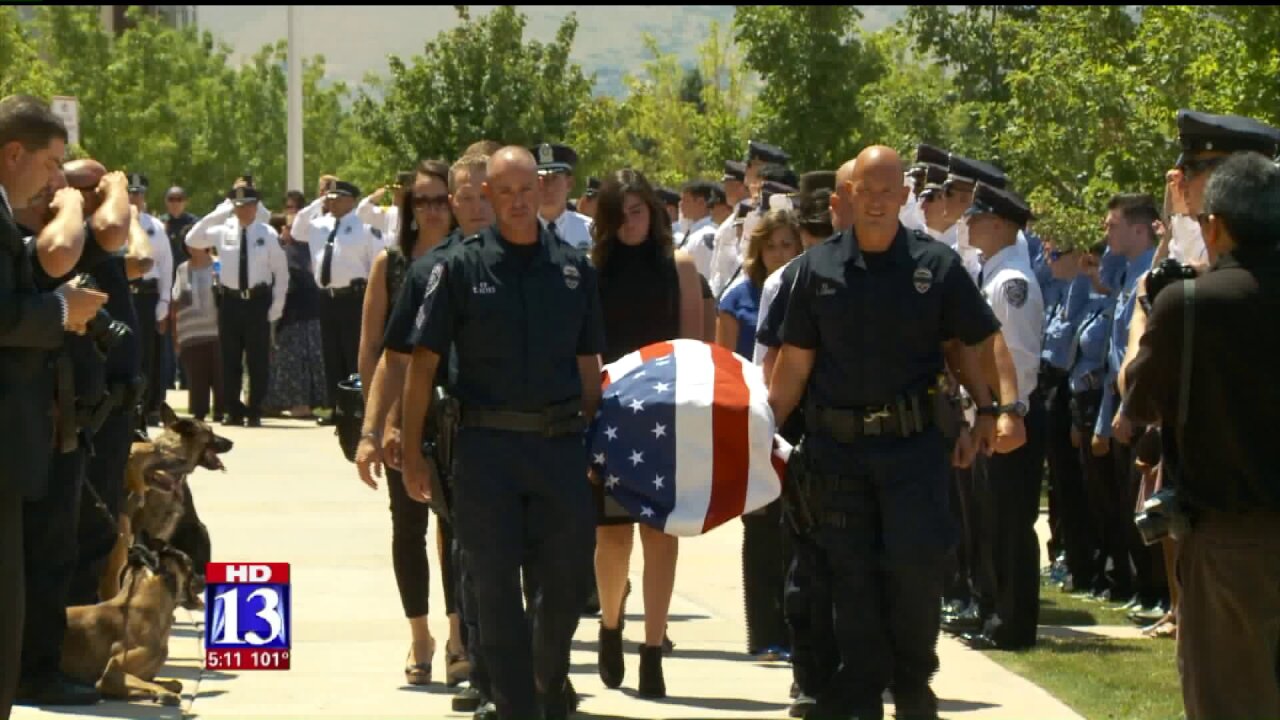 Dingo served with his handler for five years. As you can imagine, they went through a lot together on the job and at home. Saturday, hundreds of supporters honored both Dingo and his handler Chad Reyes, who was promoted from sergeant to lieutenant.

“There’s no question in my mind that Dingo saved my life on two occasions, and the least I owe him is to help honor his memory and his ultimate sacrifice,” Reyes said during the service.

Different music played during his memorial video to show the different aspects of Dingo: a hard-working police dog and a member of Reyes’ family.

“My hero, and the best friend I’ll ever have,” Reyes said through tears.

One of the last official acts for outgoing Sheriff Jim Winder was to give his support, and a promotion to lieutenant for Reyes. That promotion was already months in the making.

“This is my last opportunity, and I felt it most appropriate to recognize Chad, also to bring some comfort to his family, they are very stressed right now," Winder said. "I think having him move into an administrative position is a good thing to do, and it’s a great thing for the agency."

After the service, officers with both two legs and four lined the route of Dingo’s casket. It’s an emotional day for the dogs.

“There’s definitely a change in the mood and behaviors of the dogs from what I can tell,” said Trooper Aaron Colvin, a K9 Handler with Utah Highway Patrol. “So I think they recognize and understand that they’ve lost one of their brothers.”

Colvin said the loss of a K9 hits hard for handlers.

“Seeing where he’s had the opportunity to integrate Dingo into part of his family, I’ve done the same thing with my K9, so it’s like losing a son,” Colvin said.

Dingo was buried during a private graveside service.

Sheriff Winder says police dogs save taxpayers hundreds of thousands of dollars for the work they can do, especially when it comes to searches. He said many searches would be much harder for human officers working alone, and doing so without the K9 units would take more time.