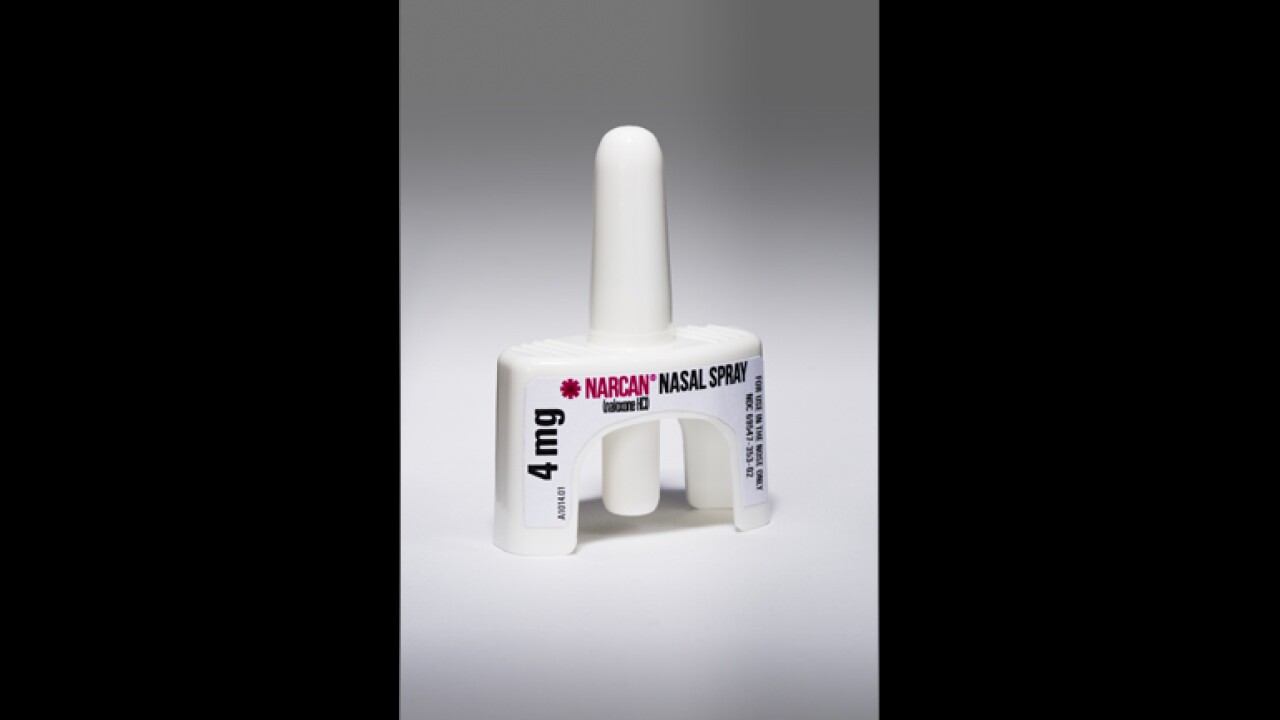 The Akron Public Schools education board voted 5-1 on Monday to have naloxone, better known by its brand name Narcan, available on middle and high school campuses. The medication would be administered by police officers who already patrol the campuses.

Ohio has the fifth-highest rate of drug overdose deaths in the United States, according to a 2016 report from the Ohio Department of Health. Summit County, which includes the city of Akron, recorded at least 225 fatal overdoses in 2016, the Akron Beacon Journal reported.

Police said at least four children in Akron have overdosed on an opioid drug so far in 2017, including two incidents involving year-old children that happened less than a week apart in June, CNN affiliate WJW reported.

New policy in response to high overdose rate in Ohio

While there haven’t been any overdoses reported in Akron schools, board president Patrick Bravo told CNN the policy is a “preventative and proactive measure” in response to the state’s opioid epidemic.

Bravo said the community has seen an increase in drug-related incidents, “primarily led by opioids,” and incidents where younger children are accidentally overdosing.

“I would hate to see a scenario where an opioid makes its way into a school and the closest access to Narcan is a 911 call away,” Bravo said. Narcan counteracts the effects of opioids and can reverse an overdose.

A majority of the board members, including John Otterman, agreed. During Monday’s meeting, Otterman said he doesn’t think it will be a “cure-all,” but he hopes it could prevent overdoses in the future.

“It could be somebody’s kid, it could be your kid, your neighbor’s kid or somebody — we hope it doesn’t happen,” he said.”

The sole “no” vote came from board member Debbie Walsh. Walsh did not respond to multiple requests for comment, but Bravo said she voiced concerns that having the medication in schools was sending the wrong message.

“I think looking at it in that way is short-sighted,” Bravo said. “It’s underestimating the power of addiction.”

“Look at it like this: whether it’s CPR kits, fire extinguishers — we’re not thinking when we put those measures in place what message it sends,” he said. “The message it sends is that we’re prepared.”

Bravo said the policy, which has received an “overwhelmingly positive” public response, will help protect the 21,000 students and 4,000 staff members who enter the 19 middle and high schools in Akron on a near-daily basis.

Debra Foulk, the executive director of business affairs for Akron Public Schools, said staff members will now write administrative guidelines to determine how to obtain the medication and introduce it into schools.

But Foulk said the medication, which will most likely be purchased as a nasal spray, will be stored in health clinics on campus (think: nurses’ offices) and will be carried and administered by school resource officers (SROs).

The SROs are members of Akron Police Department assigned to patrol a school. There is one SRO per campus and each SRO will be required to check the medication in and out daily.

Foulk said the board is planning on purchasing two doses of Narcan for each middle and high school. Narcan has an 18- to 19-month shelf life and the school’s health clinic will keep track of outdated medication.

A set of Narcan doses costs about $100. Foulk said the school district has applied for grants to cover the cost, but they don’t expect to spend more than $2,000 per year on the medication for all of the schools combined.

Both Foulk and Bravo said the district hopes to have the policy fully introduced by the start of the 2017-2018 school year, which kicks off as early as September 1 for some middle and high schoolers.