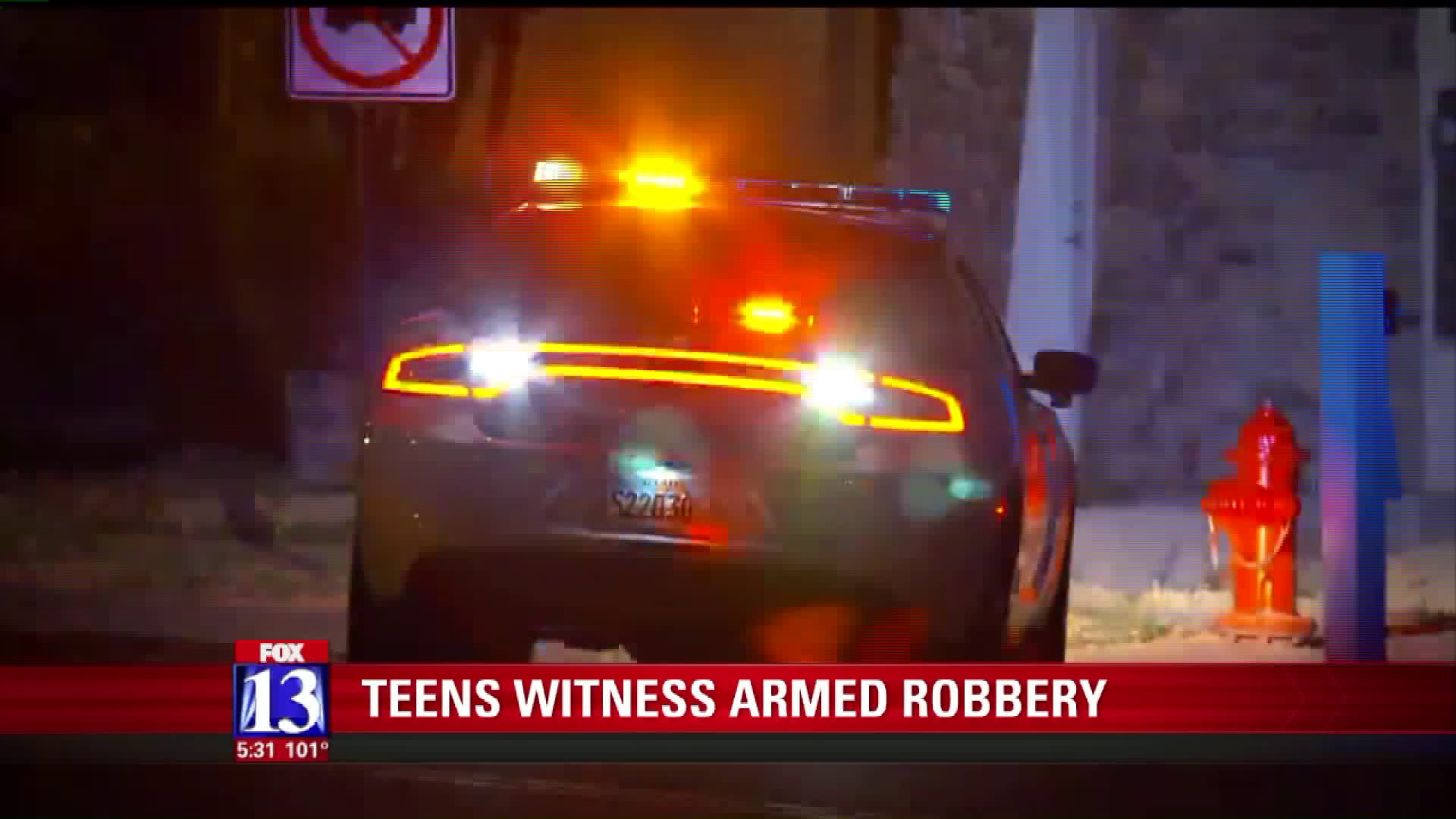 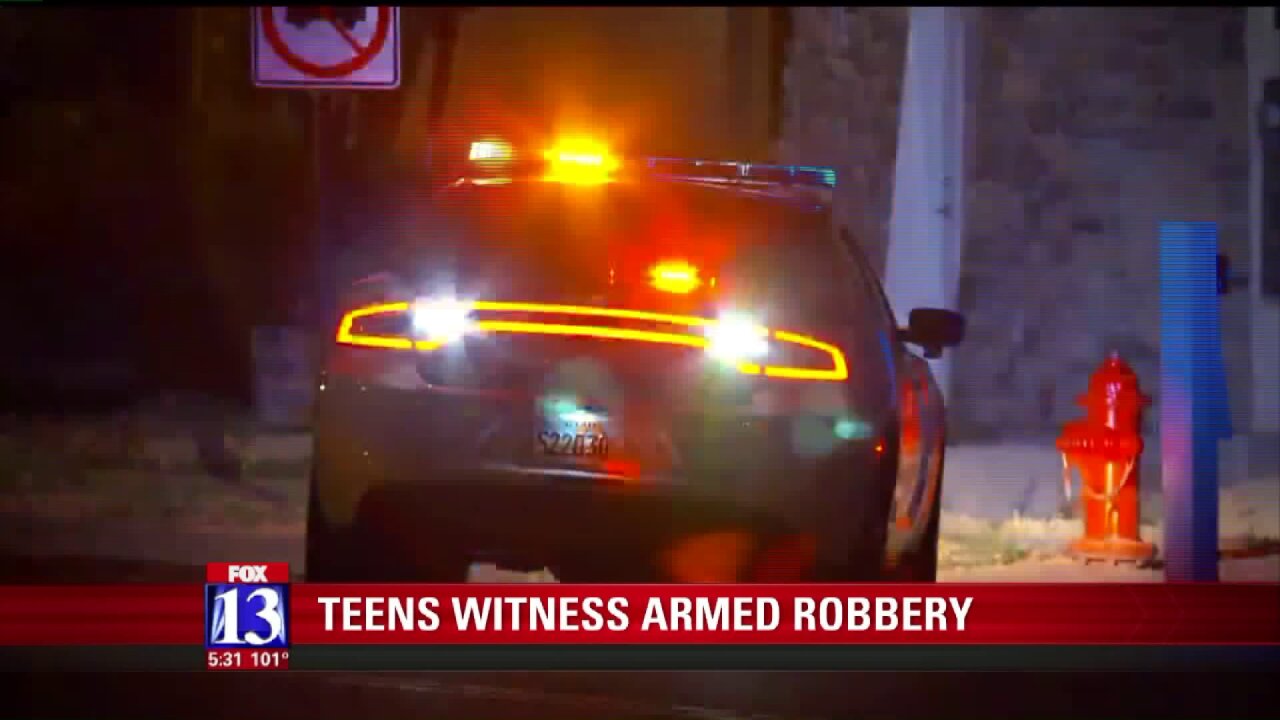 A couple of teenagers were at the convenience store near 10400 South and 4000 West just after midnight, and they say they saw the two suspects run into the store.

Police say two men in dark clothing and wearing masks entered the store, and both were carrying pistols. They demanded cash and took some merchandise.

Elliot Larsen says he and his friend were standing right outside when the crime occurred.

Eliiot, a South Jordan resident, says nothing ever happens in the area and he was surprised to witness an armed robbery.

Anyone with information about the suspects or the robbery is asked to contact South Jordan Police.