The ever-changing story about Trump Jr.’s meeting — what we know 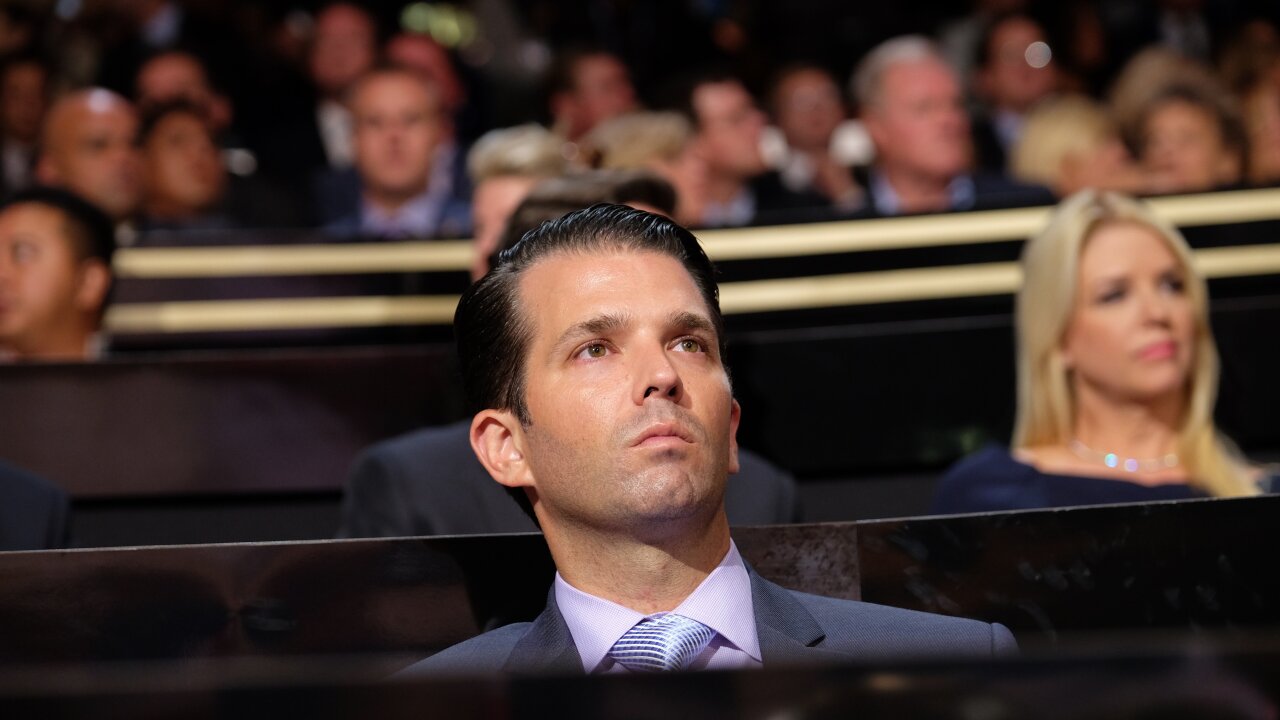 WASHINGTON — New revelations about Donald Trump Jr.’s meeting last summer with a Russian lawyer are continuing to surface a week after the revelation rocketed the President’s eldest son to the center of allegations of collusion with Russia.

Daily news reports offering a steady drip of disclosures and shifting statements from Trump Jr. and others involved have triggered an ever-mounting list of questions.

A Russian-American lobbyist has now confirmed to The Associated Press and The Washington Post that he also attended the meeting with Trump Jr. — the latest piece of information to surface since emails revealed that Trump Jr. hoped to obtain damaging information on Hillary Clinton from the Russian government. Sources told CNN on Friday that a translator and representative for the Agalarov family were also in the room.

The disclosures — amid President Donald Trump’s cries of a “witch hunt” — offer the most definitive evidence yet that at least one Trump campaign associate, in this case the President’s son, was open to receiving information from the Russian government that could influence the election.

The meeting was not something Trump Jr., the President’s son-in-law and White House senior adviser Jared Kushner or former Trump campaign chairman Paul Manafort — who also attended the meeting — publicly disclosed until Kushner amended his security clearance application while preparing to testify before Congress.

The lack of full disclosure has left some at the White House frustrated, with two White House officials telling CNN on Friday they were irked that accounts of the Trump Jr. meeting have continued to shift.

What do we know about the meeting?

On June 3, 2016, Trump Jr. received an email from Rob Goldstone, a publicist for Emin Agalarov — a Russian-Azerbaijani pop star who has previously done business with the Trumps alongside his father Aras Agalarov, a Russian real estate mogul with ties to Russian President Vladimir Putin.

The emails were publicly released by Trump Jr. this week after The New York Times asked him for comment about the emails.

Goldstone’s email informs Trump Jr. that the Russian government is eager to provide “official documents and information that would incriminate Hillary” to the Trump campaign.

“This is obviously very high level and sensitive information but is part of Russia and its government’s support for Mr. Trump — helped along by Aras and Emin,” Goldstone said in the email.

Less than 20 minutes later, Trump Jr. makes it clear he’s interested: “(I)f it’s what you say I love it especially later in the summer.”

On June 7, 2016, Goldstone emails Trump Jr. to schedule a meeting with a “Russian government attorney.”

Akhmetshin’s attendance was previously undisclosed and only emerged Friday after he first confirmed it in an interview with The Associated Press, and later to The Washington Post.

CNN also reported Friday at least eight people attended the meeting, according to sources familiar with the circumstances.

What did the Trump campaign learn about Hillary Clinton in the meeting?

Not much, according to some of the meeting’s participants.

Trump Jr., Veselnitskaya and Goldstone have said the meeting centered on the Magnitsky Act — a 2012 US law that imposed sanctions on Russian individuals — and the retaliatory Kremlin-imposed ban on adoption of Russian children by American citizens.

“Her statements were vague, ambiguous and made no sense. No details or supporting information was provided or even offered. It quickly became clear that she had no meaningful information,” Trump Jr. said in a statement last Sunday. He added that Veselnitskaya’s “true agenda” was to discuss the Magnitsky Act and the adoptions dispute.

Trump Jr. said the meeting ended after about 20-30 minutes.

How has the story shifted since this first became public?

Trump Jr. initially offered no inkling that the meeting had anything to do with obtaining damaging information about Clinton, the Democratic presidential candidate.

Instead, he described his meeting with Veselnitskaya as a “short introductory meeting” during which they “primarily discussed a program about the adoption of Russian children.”

The next day, when The New York Times reported that Trump Jr. had been promised damaging information on Clinton ahead of the meeting, Trump Jr. conceded in a statement that Veselnitskaya said she had information “that individuals connected to Russia were funding the Democratic National Committee and supporting Mrs. Clinton.”

It took two more days — and a head’s up that The Times would soon publish a follow-up to their story — before Trump Jr. disclosed the emails he exchanged with Goldstone, revealing that he had been promised information as “part of Russia and its government’s support” for Trump’s candidacy.

Then, on Friday, reports surfaced that another Russian national attended the meeting.

Rinat Akhmetshin, a Russian-American lobbyist, confirmed Friday in an interview with The Associated Press and The Washington Post that he attended the meeting with Veselnitskaya.

In April, Sen. Chuck Grassley, R-Iowa, chairman of the Senate Judiciary Committee, described Akhmetshin in a letter to the secretary of Homeland Security as “a Russian immigrant to the United States who has been accused of acting as an unregistered agent for Russian interests and apparently has ties to Russian intelligence.”

Grassley knew of Akhmetshin from his lobbying efforts. But Akhmetshin denied any connection to Russian intelligence services, according to The Washington Post.

Did Trump Jr. suggest there was more information that had yet to surface?

Trump Jr. actually suggested the opposite in his interview Tuesday with Fox News’ Sean Hannity.

“So as far as you know, as far as this incident is concerned, this is all of it?” Hannity asked.

That was three days before additional information emerged.

Did Jared Kushner disclose his participation in the meeting?

Kushner’s attorneys provided the FBI with an amended SF-86 form — used to obtain a security clearance — on June 21 to list the meeting with the Russian lawyer from a year earlier after discovering the email chain while preparing documents to turn over to the Senate intelligence committee. The change was the third time Kushner has amended his SF-86 form.

Trump’s son-in-law listed about 100 foreign contacts in his second revision to the form that his lawyers submitted earlier this spring, but that list did not include the meeting with the Russian lawyer.

Kushner is the only individual who attended the Trump Tower meeting with Veselnitskaya who currently works inside the Trump administration. His presence at the meeting, coupled with his failure to disclose the meeting in previous versions of his SF-86, have led to calls from Democrats for Kushner’s security clearance to be revoked.

How has President Donald Trump responded to all of this?

President Trump has defended his eldest son on Twitter and in public comments, saying that the coverage of the controversy has been unfair.

“My son is a wonderful young man. He took a meeting with a Russian lawyer, not a government lawyer, but a Russian lawyer,” he said at a news conference alongside French President Emmanuel Macron. “I think from a practical standpoint most people would have taken that meeting … Politics isn’t the nicest business in the world, but it’s very standard.”

Trump’s defense of his son cuts against comments by numerous Republican politicians and GOP political operatives who insisted it was not standard to receive damaging information on an opponent from a foreign government.

Trump’s nominee to be FBI director, Christopher Wray, said in a Senate hearing Wednesday that such contact from a foreign government should have resulted in a call to the FBI.

Where do we go from here?

Special Counsel Robert Mueller’s investigators plan to probe the meeting and the email exchanges as part of their broader investigation into Russian meddling, a US official briefed on the matter told CNN on Tuesday.

The revelations have also prompted calls from Democrats and Republicans alike for Trump Jr. to testify before Congress, with the leaders of the Senate judiciary committee already drafting a letter requesting Trump Jr. appear before the committee.