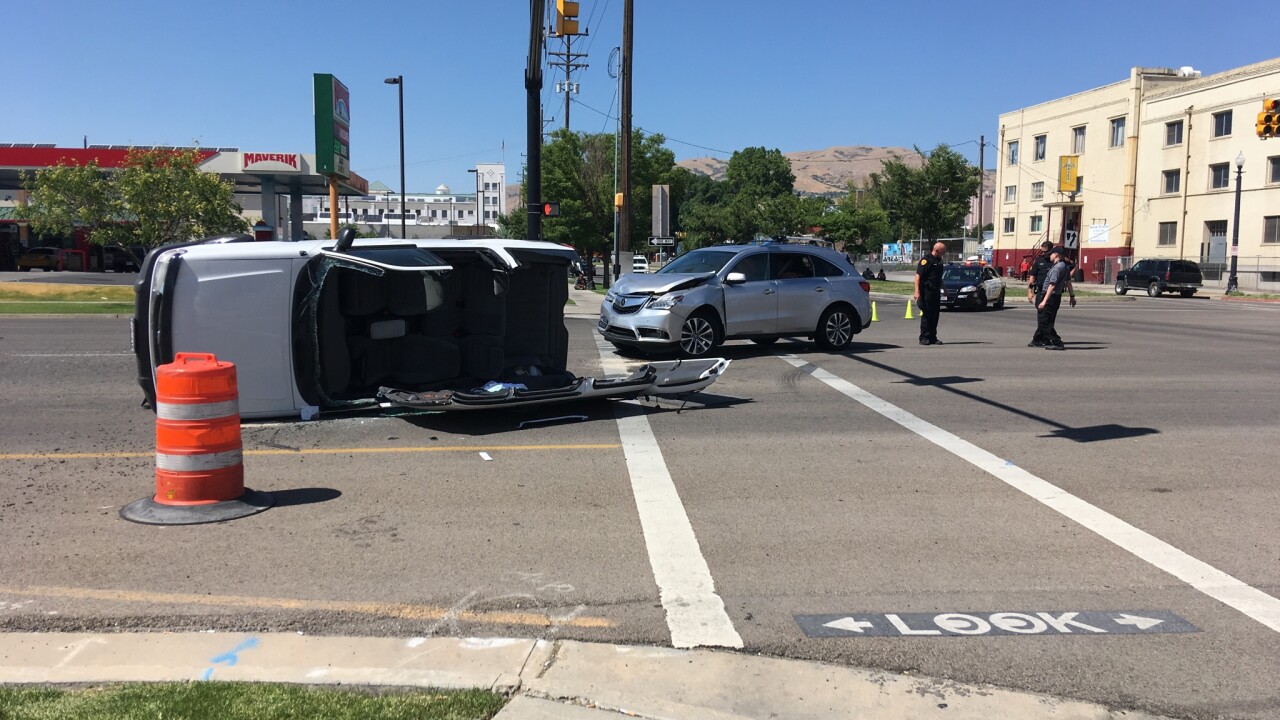 SALT LAKE CITY — A woman is in critical condition after a crash in Salt Lake City Sunday, and police believe the woman ran a red light before colliding with another car.

Salt Lake City Police say the crash occurred at the intersection of 500 South and 400 West, and Fox 13 News first heard report of the crash around 3:45 p.m.

Police say a 40-year-old woman driving southbound on 400 West went against a red light, colliding with another vehicle that was westbound on 500 South.

The woman suffered critical injuries and was taken to a hospital after being extricated from her vehicle.

The man in the other car suffered minor injuries.

It is unclear why the woman ran a red light, and police are investigating the circumstances of the accident. 500 South will be reduced to one lane in the area of the crash for several hours Sunday as crews investigate.