Residents rebuilding one year after devastating fire tore through Tooele 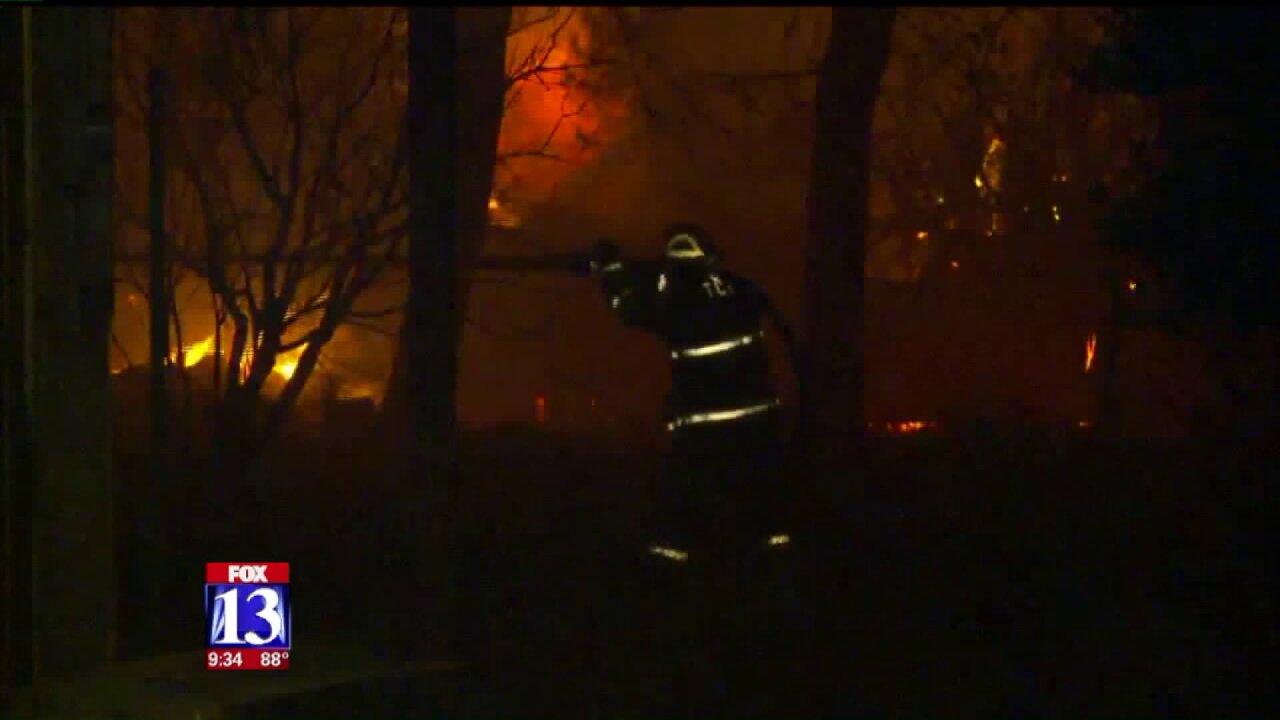 TOOELE, Utah -- Wednesday marked one year since a devastating fire suspected to be caused by arson tore through a Tooele neighborhood, destroying several homes.

On July 19, 2016, authorities said someone purposely lit a field on fire. The blaze barreled toward homes on Van Dyke Way, burning 10 houses completely to the ground and damaging eight others.

"You still killing bees?" He asked Hein, who was attempting to kill bees in his driveway.

"I got a nest I found," Fuwell joked.

Hein and Fuwell have lived next to each other for years, but both their homes are brand new.

Late at night a year ago, as that suspected arson fire ripped across the field, they both said their families left with only the clothes on their backs.

"It was hell," Fuwell said, growing emotional. "I was parked across the street watching my house go up in flames."

Almost nothing was salvageable from the homes that burned to the ground.

Fuwell said he and his wife lost generations-old family heirlooms and sentimental items that can never be replaced.

"That still hurts when I think about stuff like that," he said.

In September, Fuwell was the first to put life back in order and move into a new home on his property, thanks to insurance.

But Hein's journey was a little rougher.

He said his insurance didn't cover much for the home he and his wife of 60 years had lived in for nearly half a century.

Hein said he used most of his life savings for a new house, which he completed and moved into last November.

"It's been a little tough trying to get everything back," Hein said.

Other families had no insurance at all.

Down the street from Fuwell and Hein, Laura Guerrero and her family now live in a motorhome and a shed on their property.

"We are surviving there so far," she said.

They can't afford to hire a contractor to build a new home, or buy a mobile home, so she said her husband plans to build them a house himself.

"We got the building permit from the city two weeks ago," she said. "We are going to start over again, yeah, after one year."

She said they plan to start construction in a week.

Fuwell said it's been a long road for the neighbors, but they're all doing better now. He said that's what counts.

"It's been good watching it gradually come back," he said.

Last year, Tooele Police identified a person they wanted to question about the fire, and also offered a reward for information.

But Tooele PD never announced any arrests or charges related to the blaze.

A call to the department Tuesday to check on the case was not returned.