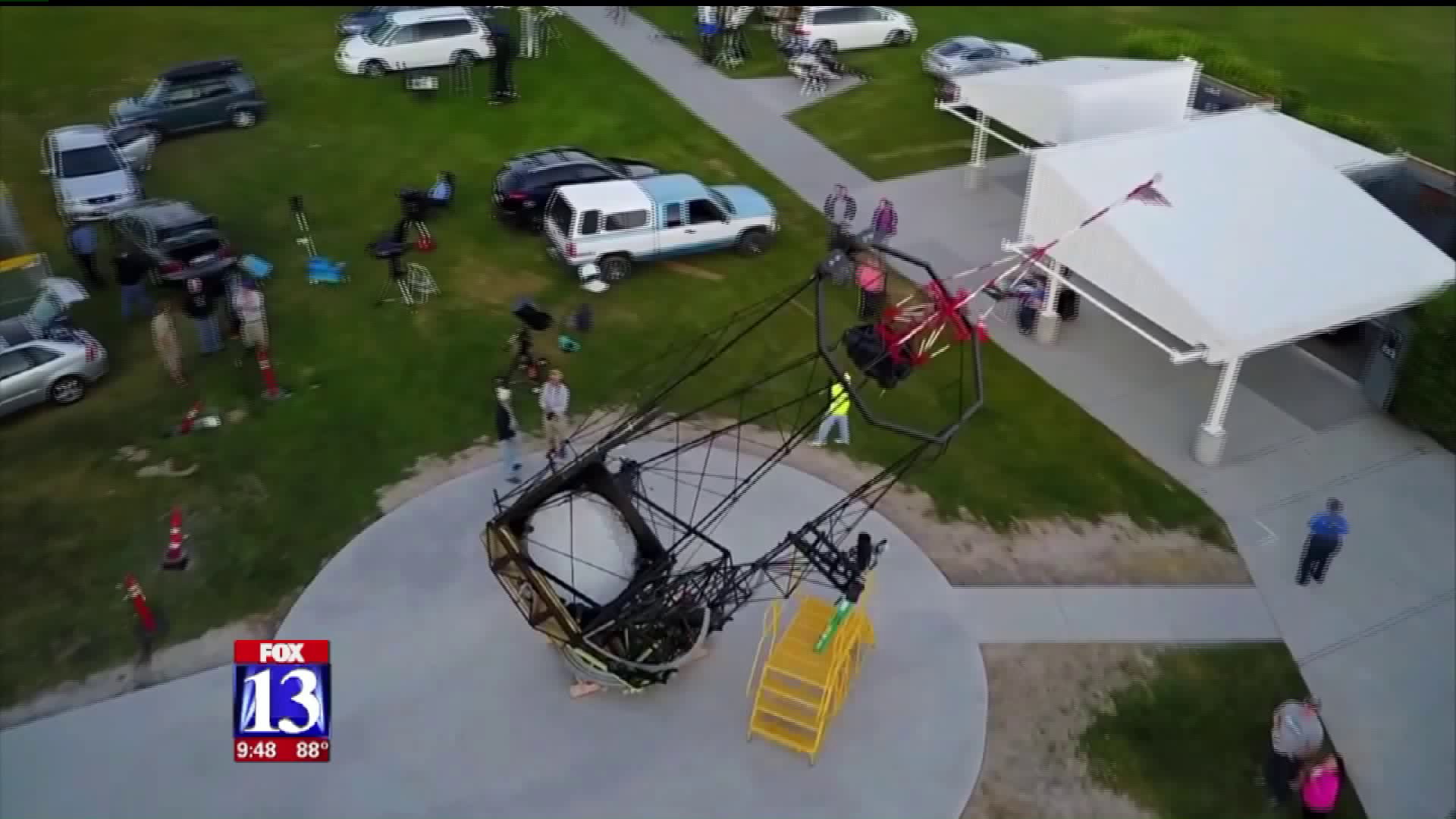 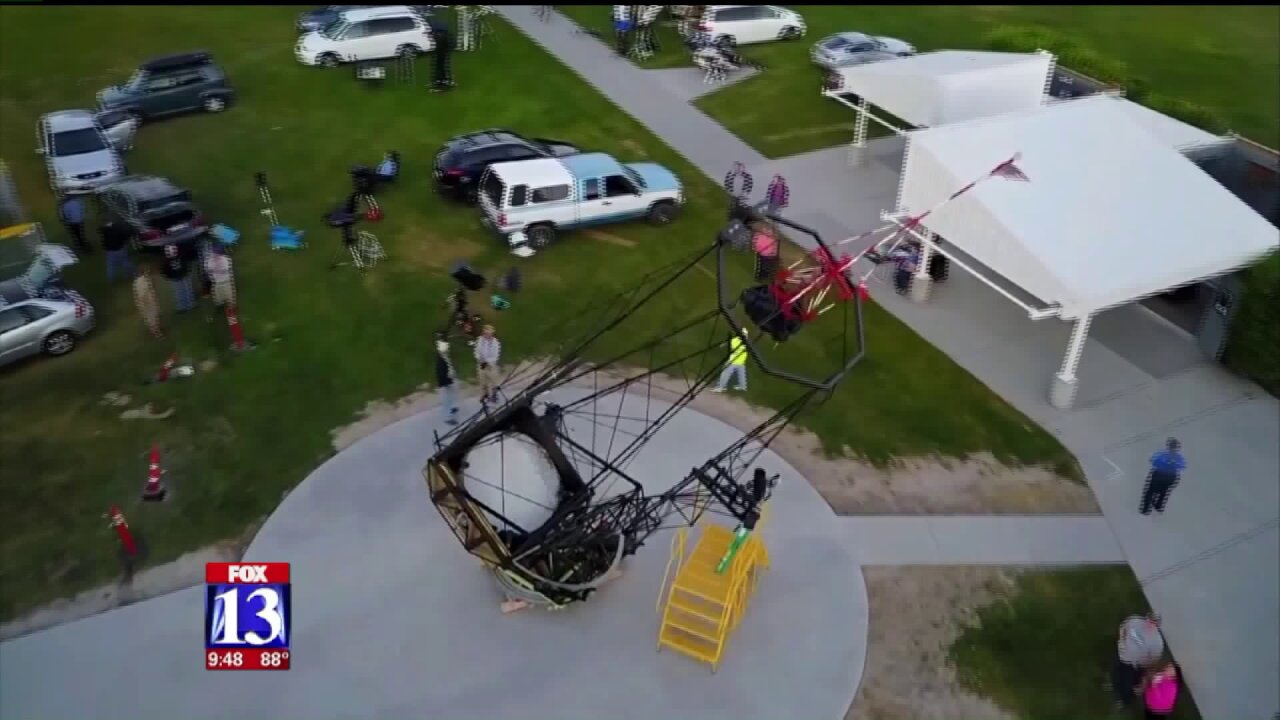 STANSBURY PARK, Utah - There’s only one spot on earth you can see 7 billion light-years into space with the naked eye, and it’s in Stansbury Park.

“I think there’s going to be a lot of jaws that drop when they look through this,” said Rodger Fry, Stansbury Park Observatory Director.

This weekend, the observatory is opening its doors and the skies to allow the public in to use the largest amateur telescope in the world.

The telescope was built by a Utah truck driver and astronomy enthusiast, who purchased the mirror himself. Though he’s never disclosed how much he paid for the mirror, Fry said that it was originally auctioned off in the 1980’s for $1.5 million.

“It was for a spy satellite, but there was a small defect in it, a chip in the mirror on the side,” explains Fry. “It doesn’t effect the performance, but it couldn’t go into space.”

Space’s loss is Utah’s gain. Fry says the mirror is the heart of the telescope.

The trucker allows the observatory and the community to use the telescope for a number of reasons.

“Stansbury Park recognizes the importance to minimize light pollution,” Fry said of the township. “So, they have strict ordinances to regulate outside lighting to make sure it doesn’t inhibit the darkness of the sky, which is really good for us.”

Fry said that was part of the reason why the observatory decided to move to Stansbury Park in the 1970s.

“Our mission with this observatory was to bring astronomy to the public," Fry said. "We felt that the public really couldn’t be motivated to travel more than 30 minutes from their home for a casual trip. So, we looked at a location 30 minutes from Salt Lake that had a reasonably dark sky, and Stansbury fit the bill.”

The observatory will have a ribbon cutting ceremony on Saturday at 4 p.m. followed by access to their smaller telescopes. However, the main attraction won’t be open to the public until dusk, when it will remain open until midnight.

Fry said after Saturday the telescope will be available twice a month during Star Watch Party days.

You can find the observatory’s schedule on their website.