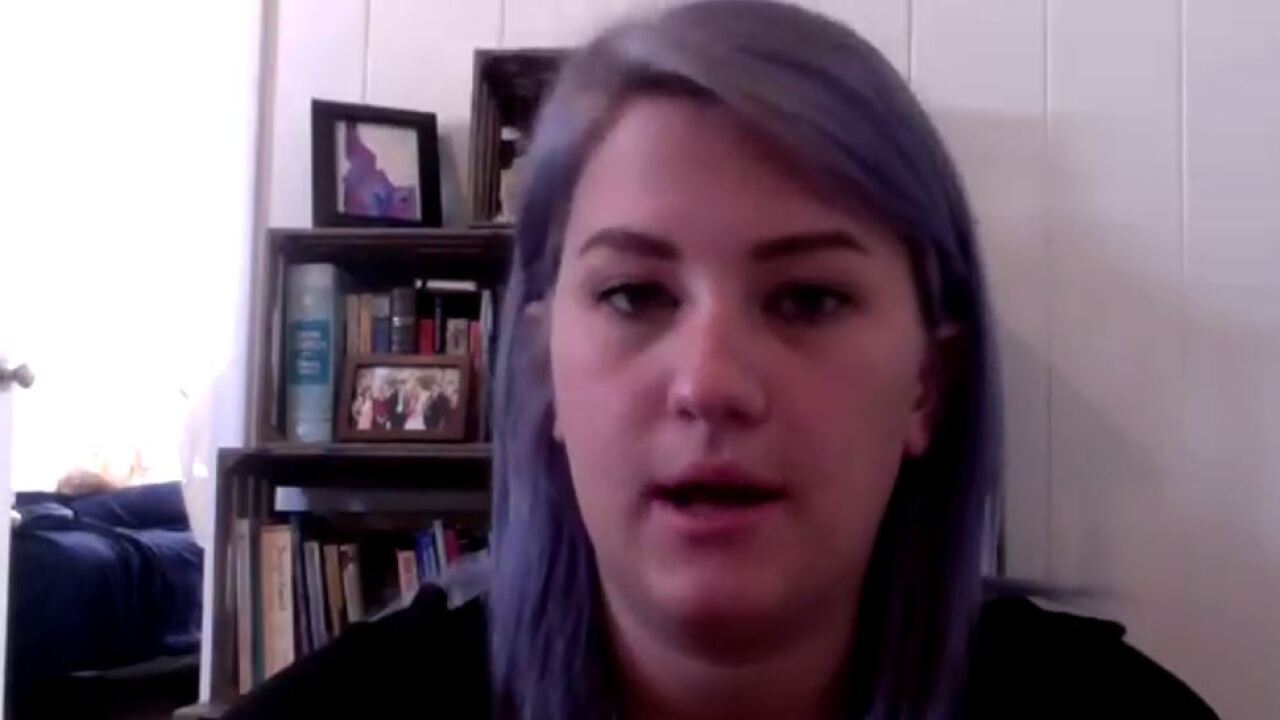 By Emanuella Grinberg and Dani Stewart

Despite the Church of Jesus Christ of Latter-day Saints’ doctrine opposing same-sex marriage, she firmly believes her views are compatible with her faith.

But Robertson, a 23-year-old recent graduate of Brigham Young University-Idaho, claims her views cost her her job.

Robertson says her alma mater fired her from her post as an adjunct professor after she shared a statement on Facebook in support of the LGBT community.

“This is my official announcement and declaration that I believe heterosexuality and homosexuality are both natural and neither is sinful. I will never support the phrase ‘love the sinner, hate the sin’ because that ‘sin’ is part of who that person is. Homosexuality and transgenderism are not sins; if God made us, and those are part of who we are … then God created that as well,” she said in the Facebook post.

“I realize that my views counter the current day policies of the LDS Church, but I hope that over time the Church will come to see the harm these policies have.”

The LDS Church declined to comment on Roberston’s dismissal and referred inquiries to the school. For questions about doctrine it pointed CNN to its website, Mormon and Gay. BYU-Idaho spokesman Brett A. Crandall confirmed that Robertson will not be teaching at the school next semester. He declined to elaborate on Robertson’s case citing “a long-standing policy of not commenting on personnel matters.”

The school did not respond to repeated requests to clarify its policy on homosexuality in its honor code or faculty guide. The honor code mirrors church doctrine, which distinguishes between same-sex attraction and homosexual behavior, condoning the former but not the latter. According to church teachings, “the attraction itself is not a sin but acting on it is,” and even though people “do not choose to have such attractions, they do choose how to respond to them.”

BYU’s honor code says that “one’s stated same-gender attraction is not an Honor Code issue. However, the Honor Code requires all members of the university community to manifest a strict commitment to the law of chastity. Homosexual behavior is inappropriate and violates the Honor Code. Homosexual behavior includes not only sexual relations between members of the same sex, but all forms of physical intimacy that give expression to homosexual feelings.”

The faculty guide is not publicly available. In a copy Robertson provided to CNN, a section on faculty commitment and academic freedom says faculty members are charged with broadening students’ perspectives “without causing doubt of fundamental tenets of the gospel.”

The policy does not appear to apply to adjunct faculty members like Robertson, nor does it address statements of personal views of faculty or staff made outside the classroom or on social media. That’s why Robertson thinks the decision to not renew her contract was punitive and unfair.

She said she never discussed LGBT rights in her political science classes for the sake of avoiding controversy. She made her statement on June 5 in a personal Facebook post shared only with friends.

“… We like to pick and choose from the scriptures, and if we choose to use the Old Testament as a defense for condemning homosexuality, there’s a whole lot more we need to be condemning as well,” she said in the post.

“Church History shows that the Church has rescinded policies before that weren’t doctrinal, and that weren’t inspired by the Lord. I hope that this will some day apply to the stance on the LGBT community. I will always and forever stand up for the equality of the LGBT community. Sexuality and gender are not binary, they are on a spectrum and that’s how we were made.”

She said a Facebook friend shared it with her department head and the school’s president, leading to a meeting with administrators the next day. The school would not confirm those details.

What began as a positive discussion about her motivation for the post ended with administrators telling her she was wrong and that she should go home and pray on it, she said.

She took that to mean they wanted her to remove the post; instead, she said she modified it somewhat. The following week, she was told in a phone call that she would be terminated after finishing the semester.

“I knew it would upset some of my Facebook friends, but I never thought any of them would report me to the school,” she told CNN. “I never thought I’d lose my job over this.”

“It’s made me feel like my voice and view isn’t wanted, both in the school and the culture, and that’s been disappointing.”

Robertson also shared her story in a Facebook live interview with the Mormon Stories Podcast:

The controversy reignited debate in the Mormon community about church doctrine on LGBT identity.

Lori Embree, another BYU-I adjunct professor, said the church still has a long way to go despite its efforts in recent years to be more inclusive and welcoming of gay and lesbian members.

Mormon support groups have formed in recent years for LGBT youth and their parents, Embree said. But a culture of fear still exists, one that stifles LGBT Mormons and prevents them from coming out, with devastating effects, she said.

She commended Robertson for not backing down from her statement. While Embree fears her dismissal may have a chilling effect, she also believes it will empower others. “I applaud her personal decision,” Embree said. “I also applaud her assertion that, no, she will not be silenced for having a different opinion than that of the mainstream Church.”

“This is the larger issue this young faculty member is standing up for, the one I stand up for, and the one that needs to be heard,” she said.”
CNN’s Nancy Coleman contributed to this report.