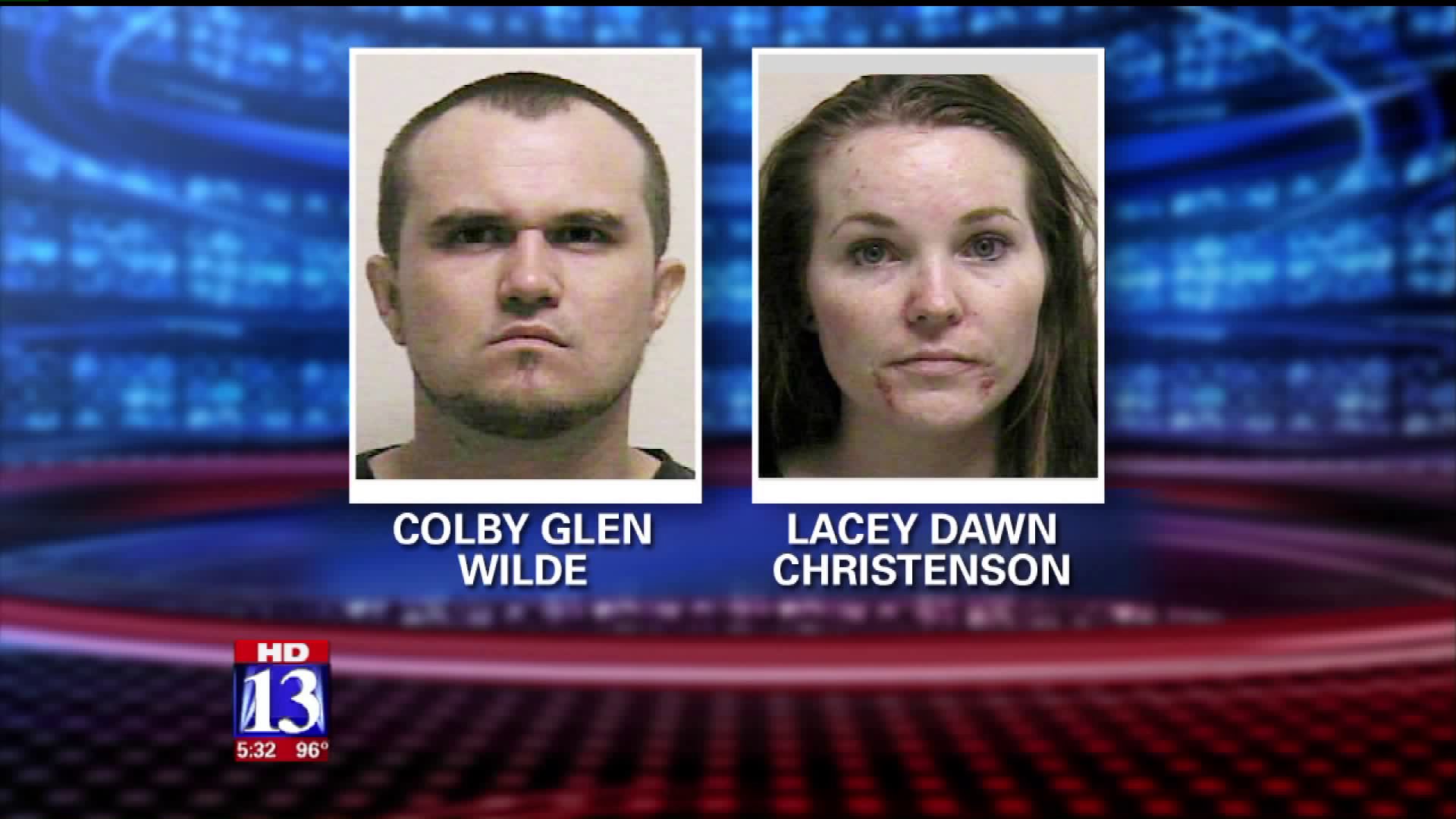 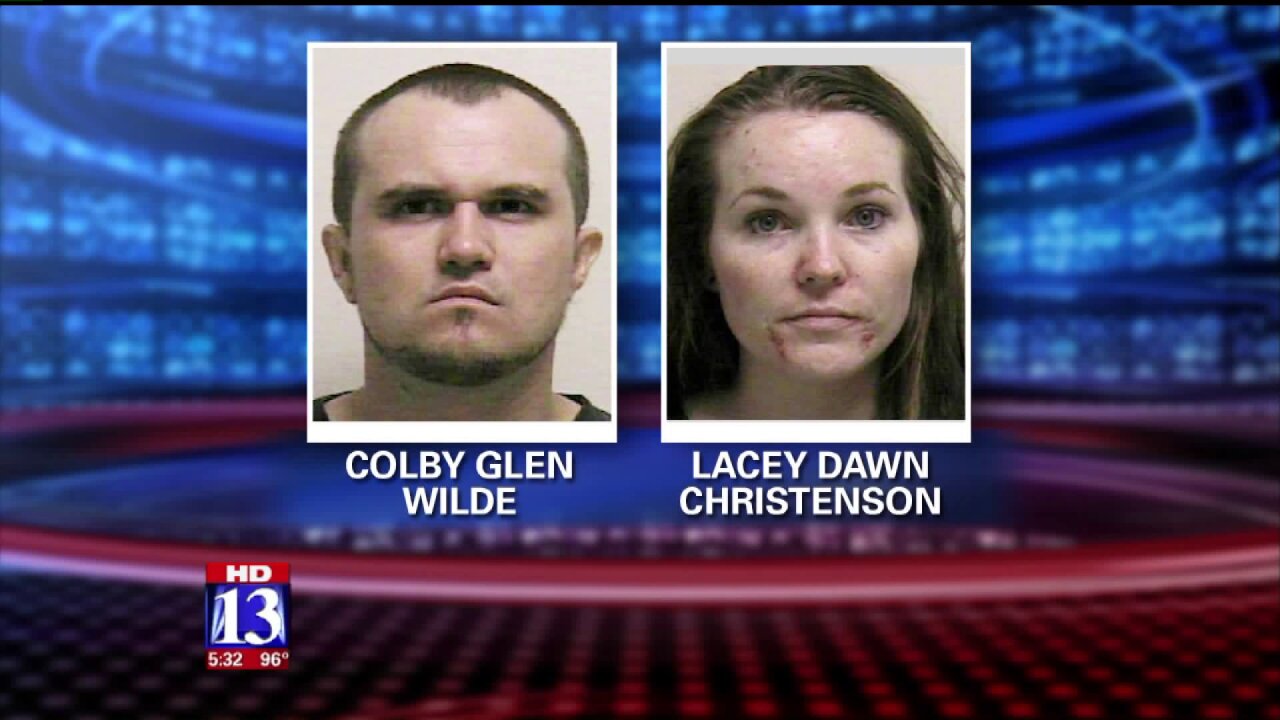 UTAH COUNTY, Utah - Two Elk Ridge parents are in jail after allegedly giving their infant daughter opioids on the day she was born.

Authorities said a Walmart robbery is what led them to the parents and tipped them off about the drug crimes.

The Utah County Sheriff's Office said Spanish Fork Police were called to a robbery at a local Walmart back on June 26.

Witnesses told law enforcement they saw the suspect take items from a shelf and then return them to customer service as if he had purchased them.

He was given cash for the items and left the store when employees confronted him about the alleged theft.

According to police, Wilde grabbed the car seat and ran out another door, hitting a pillar and dropping his daughter again.

As witnesses tried to stop him, Wilde handed the car seat and his baby to a stranger, then ran to his car and sped away, according to deputies.

A deputy caught up to Wilde in a nearby parking lot and took him into custody for DUI, heroin, meth, drug paraphernalia and driving without insurance.

Authorities said Christenson had her other three children with her, boys ages 8, 4, and 2.

She was arrested and booked into the Utah County Jail on an outstanding warrant.

Spanish Fork Police took custody of the children and the infant girl was evaluated at the hospital.

Officials with the Utah Division of Child and Family Services contacted the oldest boy’s father who took custody of that child.

The father did not want to separate the children from each other and DCFS approved him to take the other three children as well.

Wilde and Christenson are the parents of the other three children.

On June 28, a woman who went to care for the pets at the couple's home found drug paraphernalia and immediately called authorities.

Deputies found drugs and paraphernalia throughout the home, including next to a bassinet and a child's sippy cup. One of the drugs found was Suboxone, a prescription pain medication also used for addiction treatment.

Authorities learned Wilde and Christenson were using drugs again after they were released.

The investigation also revealed Christenson was heavily using heroin and prescription pain medication during her pregnancy.

Because of that, her baby girl was born April 9 already dependent on the drugs.

The parents later admitted to police Wilde applied some of the crushed Suboxone pills to the infant’s gums just after she was born to "mask signs of addiction from hospital staff."

Wilde and Christenson were arrested again July 18 and booked on felony charges including distribution of a controlled substance in a drug-free zone, possession of heroin and meth, endangerment of a child and possession of drug paraphernalia.

Cash-only bail for Wilde and Christenson has been set at $10,000.

Sgt. Spencer Cannon of the Utah County Sheriff's Office spoke about the case.

“I don't have any doubt that Colby and Lacy love their kids," he said. "They're addicts right now with serious addiction problems and they're not in a good place to be taking care of themselves even, let alone anybody else."

“Newborn safety is a top priority for Utah Valley Hospital. The hospital’s team of specially trained caregivers closely monitors each newborn for signs of any difficulty. If there is a known history of drug use by a mother, then her baby will be evaluated and if necessary, receive treatment for withdrawal symptoms. The hospital’s social work team will also contact DCFS immediately if illicit drug use took place during the pregnancy. When a mother does not disclose a history of drug use and her baby has no signs or symptoms of difficulty, then the hospital proceeds with its established care processes. While the hospital does everything possible to keep newborns safe, no assumptions are made about a mother’s personal history. Parents have the responsibility to disclose anything that might jeopardize their newborn’s health.”