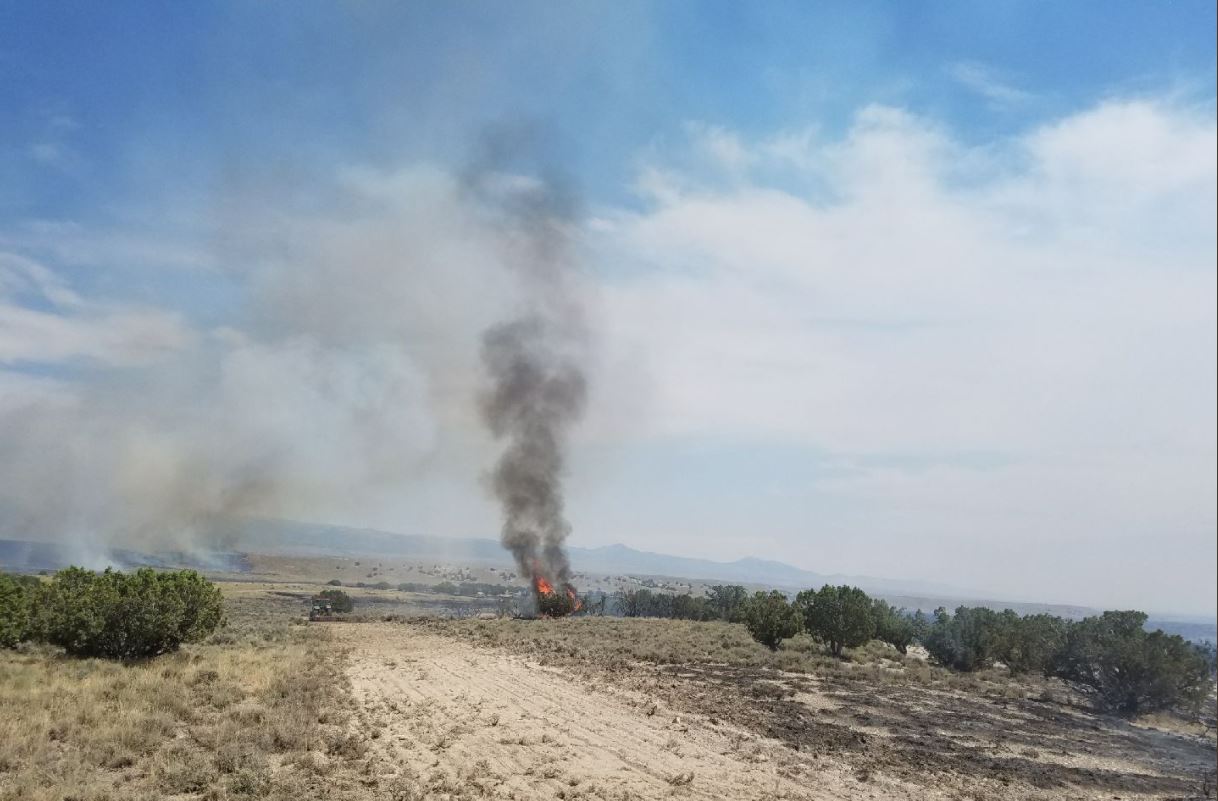 BOX ELDER COUNTY, Utah — Crews are battling a blaze on 703 acres near Etna Saturday, and the fire was threatening six structures that are now considered safe.

As of just before 8 p.m. Saturday fire crews said they have mapped the fire at 703 acres and the blaze is 50 percent contained.

Earlier in the day firefighters said the blaze was on an estimated 1,800 acres, but later Saturday officials stated “as is often the case, the early estimates on the Etna Fire were high.”

Mitch Zundel, a public information officer for Box Elder County, states six structures were threatened but are now safe. A press release states safety measures are in place to protect those homes. About 25 firefighters are on scene along with a heavy tanker, five engines and a helicopter.

Officials say wind has made the fire difficult to fight, “as it seems to switch directions just as the firefighters are getting ahead of the fire.”

The blaze began about 2 miles southeast of Etna, which is a small community on the western edge of Box Elder County.

Jason Curry, a spokesman for the Division of Forestry Fire and State Lands, said homes, ranches and outbuildings in the area were threatened by the fire, but he said there were no evacuation orders issued.

Fox 13 News has reached out to authorities for additional information, and we will update this story as more details emerge.