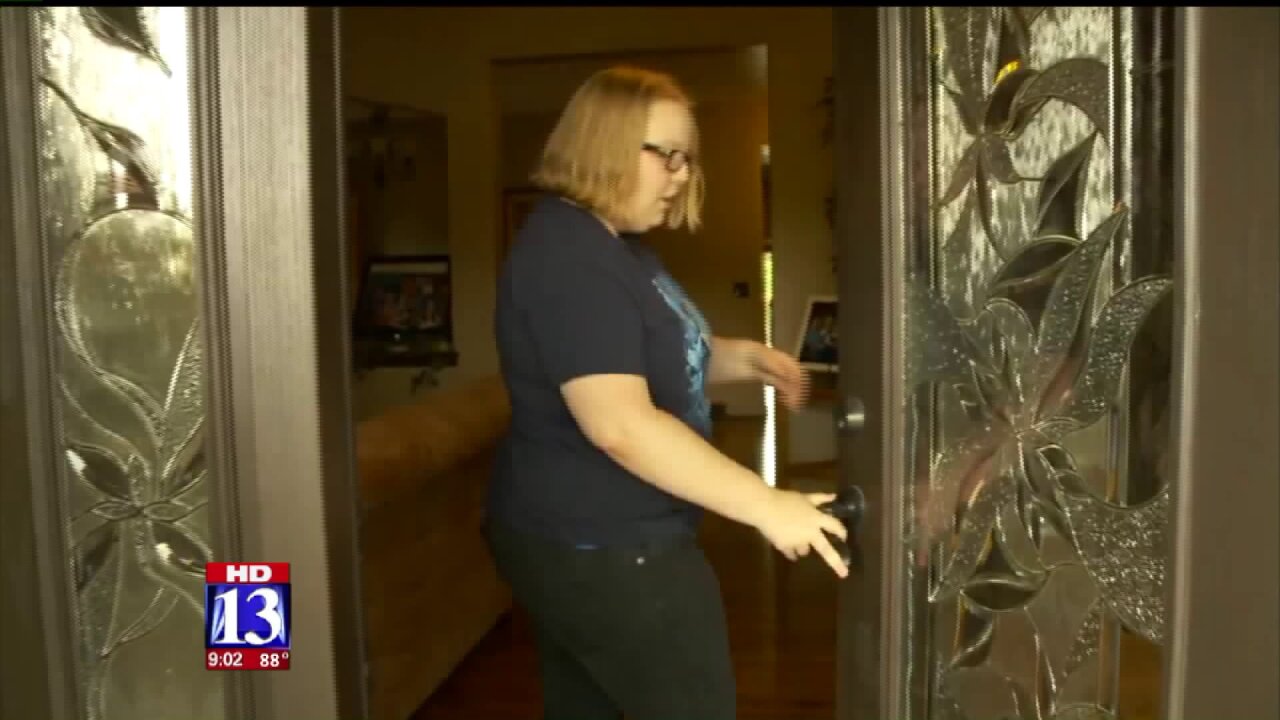 HERRIMAN, Utah -- A Herriman teen said she is very thankful for her neighbor who was there to give her a hug moments after two men tried to break into her home.

Anika Mork, 15, was in an upstairs room Saturday around 5 p.m. when she heard a loud bang. She said it rumbled through the house. Her family had just left to go to the pool, which she said is just a couple of minutes away from their home.

"I was getting up to see what it was when a man that I didn’t know opened the door to the room I was in and he just kind of froze and then went ‘Oh, hello.’ And then turned around and ran out of the room and out of the house and sped off," she said.

Neighbor Doreen Generazo saw it happen from across the street when she was out watering her flowers.

“They went up to the front door and I heard just a loud bang and I was ready to call Laurie to see if she was home," Generazo said. "As I was going to do that I saw them running to their car and driving away."

She said she immediately ran across the street as Mork was coming out to the porch to give her a hug and ask if she was OK. Generazo stayed with the teen as she called her parents and they came home to call the police.

"I was about to freak out and she was the one that really kind of grounded me and I just say, get a security system. Even if you think you live in a nice neighborhood that’s really important apparently," Mork said.

The Morks said they had to hammer their door frame back in and duct tape it until someone can come fix it. There is also still a footprint from the suspect on the door. They said they plan to get a good security system and new deadbolt for the door.

Generazo said she makes a point of knowing her neighbors and having their phone numbers, as well as keeping an eye out for strange cars in the neighborhood.

“Well it is very important ‘cause it’s scary," she said. "Look at poor Anika! A child in the house by herself. Maybe something worse could have happened. So we have to look out for each other."

Mork described the man she saw in her house as in his early 20's, skinny, 6-feet tall, with tattoos on his arms, neck, and up the left side of his face. She said he is bald with no facial hair and was wearing a white tank top or T-shirt with basketball shorts.

Generazo said she saw another man with him who also had tattoos, looked to be in his early 20's with hair. She said he was also wearing basketball shorts, which were red, black, and white. She saw them drive off in what she described as a black hatchback.