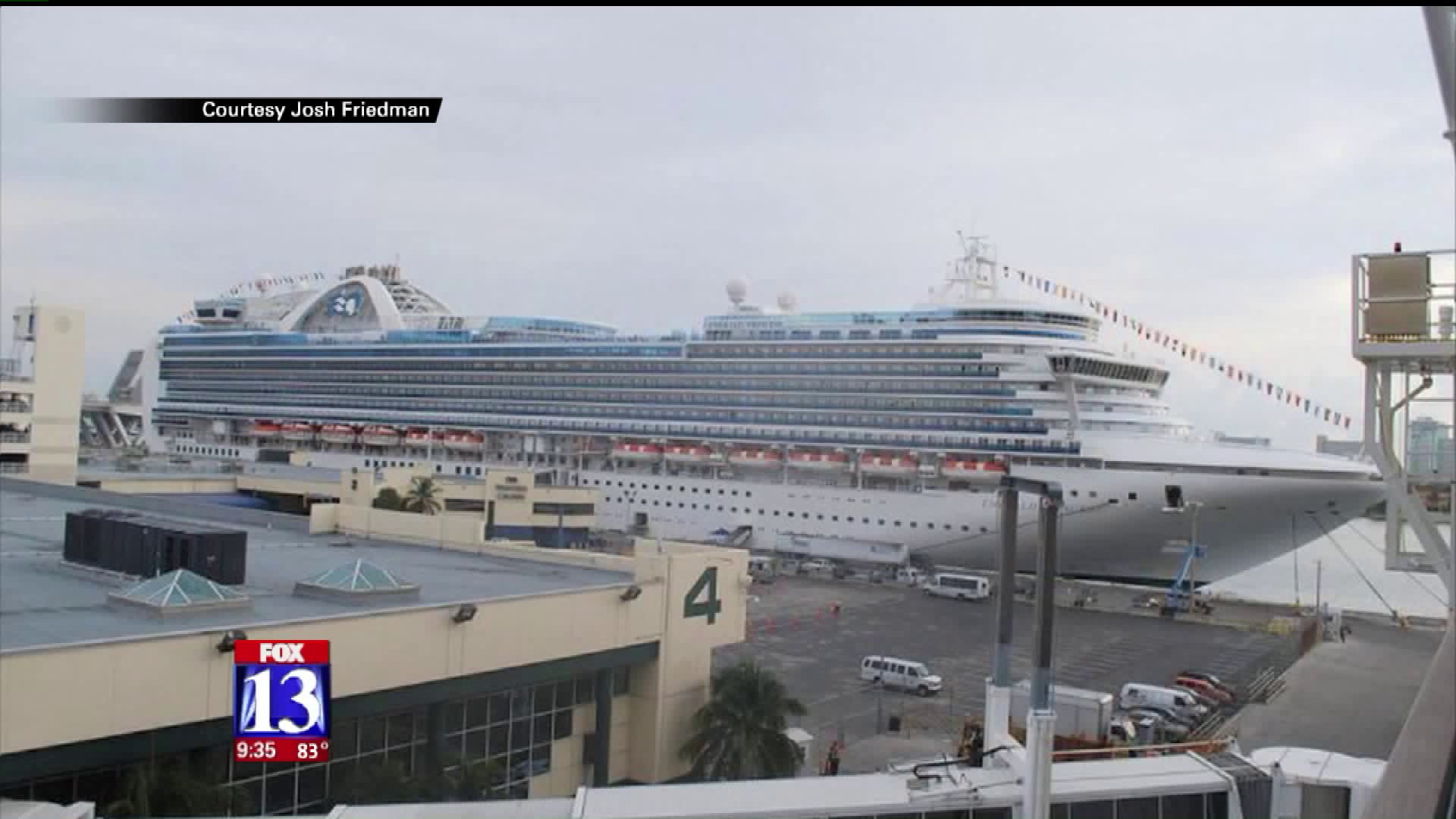 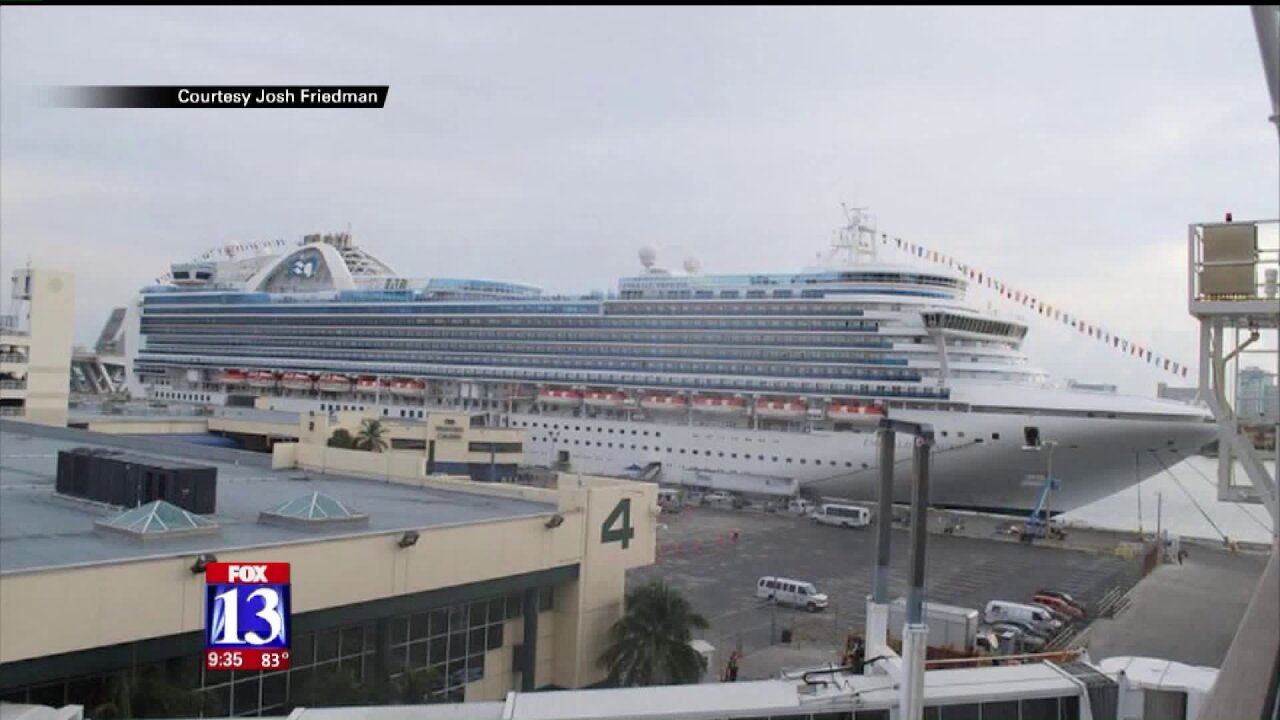 JUNEAU, Alaska — The FBI is investigating after authorities say a 39-year-old Utah woman was murdered during a domestic dispute aboard a cruise ship.

The Princess Cruise ship, Emerald Princess, was in the middle of a seven-day Alaskan cruise, but after the incident it was diverted and docked in Juneau.

Passengers tell Fox 13 it was around 9 o’clock Tuesday when they heard a group of people fighting.

Shortly after, screams echoed through the hallways of the Emerald Princess. Then the captain's voice boomed over the intercom.

“He was very worked up, he said, 'Everyone, we need all medical, security, all personnel to deck 9 and deck 14'; and that scared me because I’m on deck 14,” said Megan Morr, a passenger on the Emerald Princess.

Passengers say they heard two men and a woman fighting on their balcony, an argument they say then continued on in the hallway.

“People were running through the hall with blood all over them and trying to get security,” Morr said.

Passengers say they didn't know the 39-year-old Utah woman was dead in a room. All they saw was a man trying to jump off the ship.

“They were on deck 7 and he tried to run up to deck 9 to jump off the ship, but security grabbed him before he could jump,” Morr said.

An announcement came the next morning, letting the thousands of passengers on board know there was an unexpected change to their cruise itinerary.

“Unfortunately we won't be going because last night a 39-year-old Utah woman was killed by her husband the FBI will be joining the ship within the hour,” Morr said.

More than a dozen FBI agents got on board.

Calls have been placed, but the FBI has not confirmed any of the information shared by Morr. Princess Cruises has only released a short statement confirming an incident happened that led to the death of a Utah woman.

“People on the ship are a little more somber, clearly it's not something you expect on a cruise and we're hopeful they find some answers very soon for the family,” said Tauna Lockhart, a passenger on Emerald Princess.

It wasn't until ten hours after the FBI showed up that they were able to get off the boat.

“Our thoughts are with the family and anything we might have missed due to this is really small in comparison to what they're experiencing,” Lockhart said.

Passengers say before they were let off the boat they saw the FBI escorting an elderly couple and a young teenage girl off first.

Still, the parties involved have not been identified.