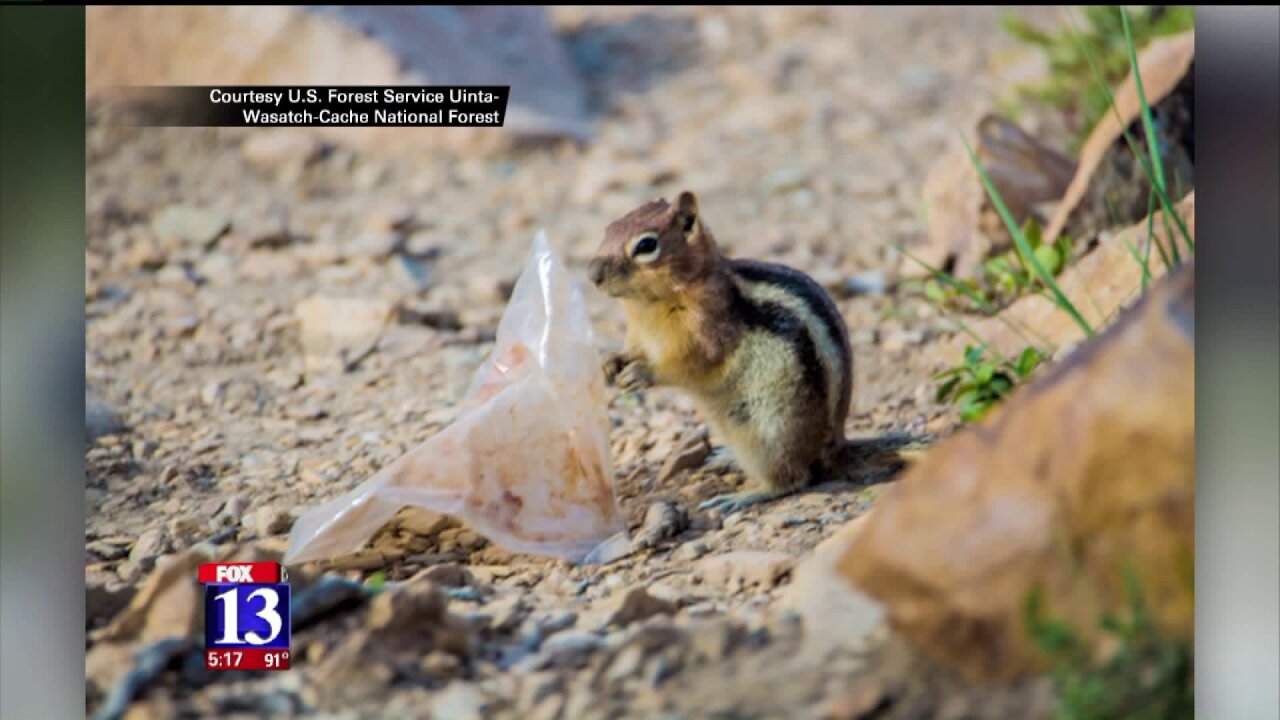 Public managers are fed up and posted photos on Facebook to drive the point home.

It’s the perfect time to get out of the city and venture into the outdoors. But the U.S. Forest Service and Division of Wildlife Resources are seeing the ugly side of people’s recreational activity. Trash and litter is piling up. Photos posted on Facebook show people are leaving behind mounds of garbage.

“We see household items that are left out on the forest. We find chairs, we find sofas. We even find televisions, computers, a lot of different things,” said David Whittekiend with Uinta-Wasatch-Cache National Forest.

Park rangers say they’re having a tough time keeping up the pace of cleaning up campsites and forests.

“Our volunteers and dedicated hunters hauled off 1,500 pounds of garbage on the Ogden Ranger district just in one site,” Whittekiend said.

The litter is not only a nuisance, but it’s dangerous for wildlife.

Someone left behind bailing twine in an Osprey nest and someone dropped their fishing line and a baby goose got stuck in it.

“If you leave stuff behind, you can be cited for that,” Whittekiend said.

Managers are also dealing with debris from target shooting.

“We encourage people to bring targets to shoot at, and not computers or bottles or things like that,” Whittekiend said.

Every year, rangers spend thousands of dollars hauling off garbage. Money that could be spent on fixing trails and campgrounds so everyone can enjoy the outdoors.

“Pack it in, pack it out. Anything you bring on to the forest please take that with you,” Whittekiend said.

The U.S. Forest Service relies on volunteers to help out. On Saturday, July 29, there is a Clean Up Day at Causey Reservoir from 9 a.m. – 11 a.m. Anyone who wants to pitch is in welcome.