Suspect steals car with baby inside, drops child off at hospital before crashing vehicle

SALT LAKE CITY – A man is facing charges that include kidnapping after he allegedly stole a vehicle with a 1-year-old child inside, dropped the boy off at a hospital, and then later crashed the car after fleeing from police.

Salt Lake City Police say the car was stolen from an apartment complex near 800 South and 900 West around 8:51 p.m. Saturday.

A mother had gone up to an apartment briefly and left her child in the car with the engine running. A male suspect stole the car while the mother was at that residence.

Police were able to obtain some surveillance camera images of the car as it passed through a nearby 7-Eleven parking lot, and officers began searching for the suspect while distributing the photos of the car to the public and asking for their help.

The suspect eventually dropped the child off at Intermountain Medical Center in Murray, police confirmed around 9:40 p.m. Saturday. The boy was reunited with his mother and police say he was in good condition when he was found.

The man drove away from the hospital, and later Saturday night he was involved in a pursuit near 2900 South and State Street. Authorities terminated the chase, but a short time later the man crashed the car near 3900 South and Redwood Road.

The suspect suffered minor injuries in the crash and was taken to a hospital. Police said he would be booked into jail after being treated, and he faces charges that include kidnapping and fleeing from police. The suspect, who has not yet been identified, was also found to have outstanding warrants. 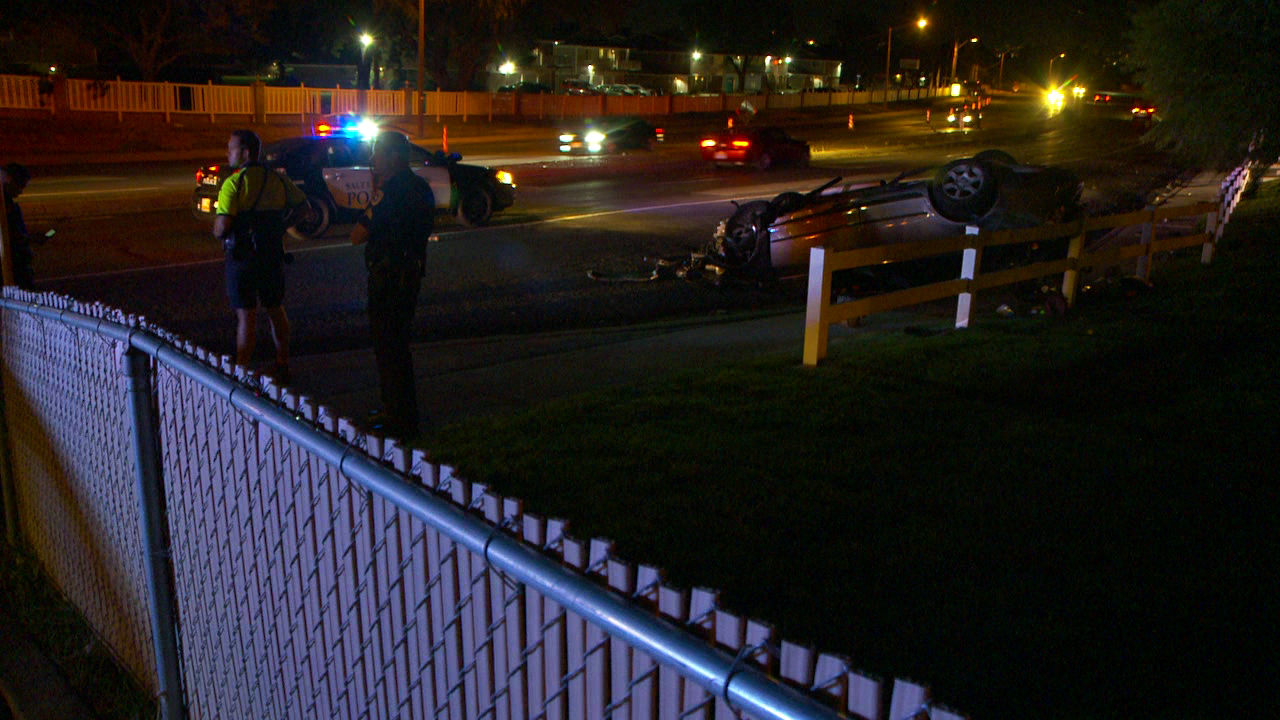