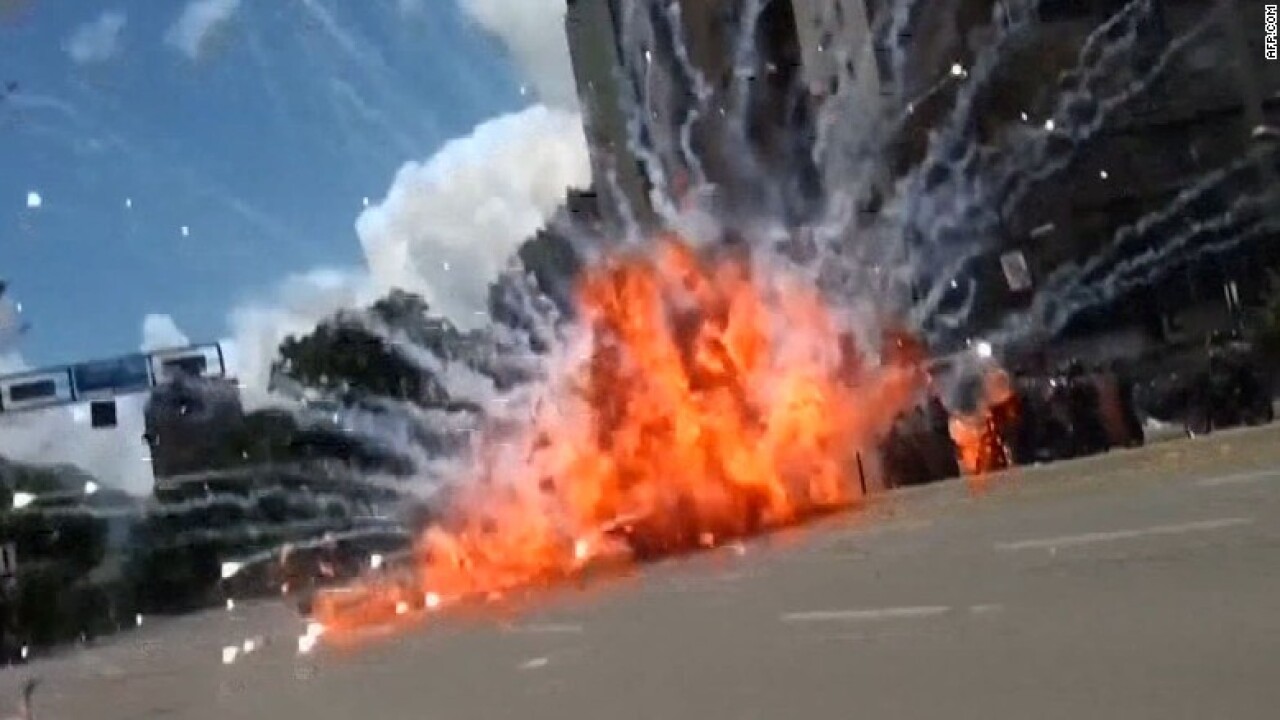 VENEZUELA — An explosion knocked police officers off their motorcycles Sunday as violence surrounding the election spread through Venezuela.

Dozens of officers were cruising two-by-two through the Altamira neighborhood of Caracas when the fiery explosion ignited at the head of the column of vehicles, bystander video showed.

A smattering of applause from protesters can be heard. The sound of gunfire fills the air. Heavily armed officers begin to prowl the street.

Two motorcycles lay on the ground burning. One officer rolled on the pavement with his clothing on fire while fellow officers helped put out the flames.

“I stepped back when I heard the explosion as I thought it was a megabomb they were firing to the press,” witness Carmen Andrea Rengifo said. “I am still not sure what sort of accident it was, if it was a motorcycle crashing and exploding or some sort of projectile. We saw at least one policeman heavily injured.”

Ramsey S. Monh captured video of the scene. Monh said that after the explosion, police officers “grabbed three motorbikes from people who were standing there and put them on top of their motorcycles that were burning.

“Demonstrators tied the burned motorbikes with a rope, dragged them and placed them as barricades,” Monh said.

No information was available on injuries and it’s unknown what caused the explosion, or who was responsible.

So far, more than 120 people have died in political unrest in Venezuela since April, according to the nation’s Attorney General’s Office. At least six people died Sunday.

National Guardsmen clashed Sunday with opposition protesters and police fired tear gas at crowds in Caracas. At one spot in the capital, opposition demonstrators set up barricades on a highway.

The election would allow President Nicolás Maduro to replace Venezuela’s current legislative body — the National Assembly — with a new institution called the Constituent Assembly that will have the power to rewrite the constitution.