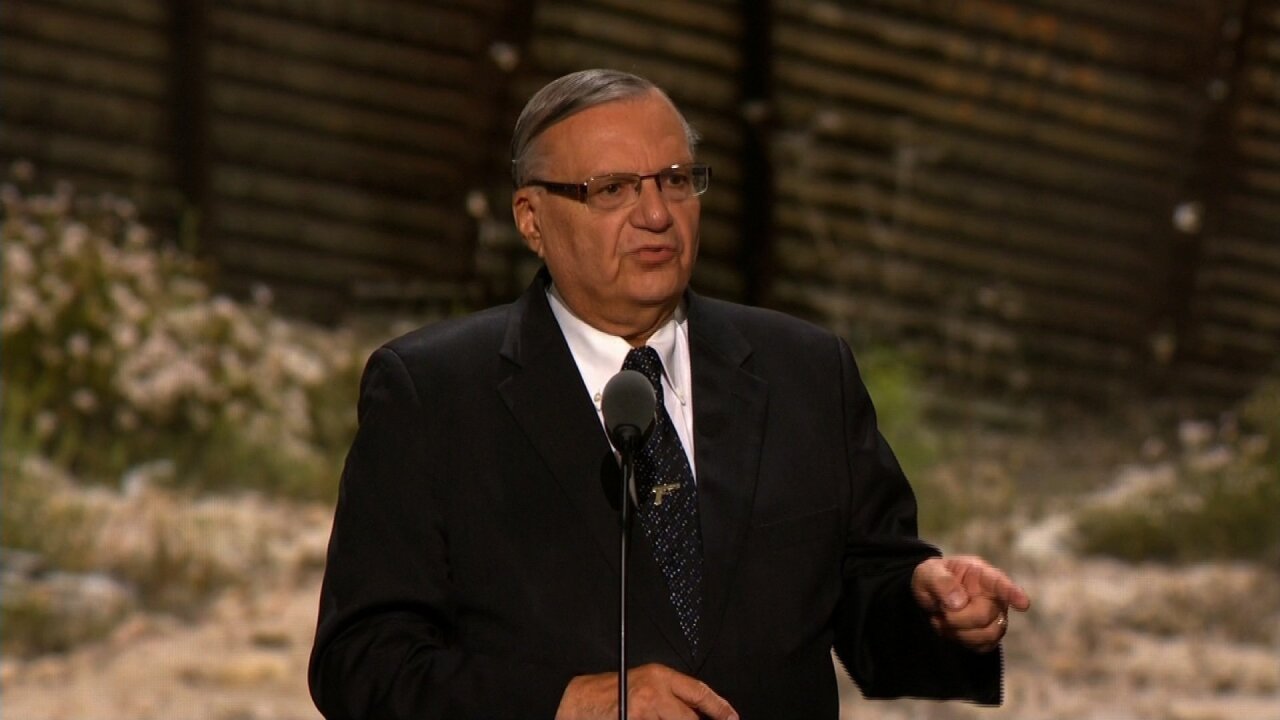 The lawman who once boasted he was “America’s toughest sheriff,” could find himself behind bars after a federal judge found him guilty of criminal contempt on Monday.

Bolton wrote that Arpaio knew of the court order and what it meant for his department’s policy of detaining immigrants to turn them over to federal immigration authorities. But the evidence showed “a flagrant disregard” for the order, Bolton wrote.

“Not only did defendant abdicate responsibility, he announced to the world and to his subordinates that he was going to continue business as usual no matter who said otherwise,” Bolton wrote.

Arpaio has contended the order wasn’t clear and he didn’t intend to violate it. Arpaio’s defense attorney has argued that Arpaio’s former attorney “dropped the ball” and didn’t clearly explain the order or seek clarification from the federal judge who issued it.

Federal prosecutors alleged his defiance was deliberate, and something he believed he could get away with.

The 85-year-old could face up to six months in jail when he is sentenced on October 5.

Arpaio’s attorneys, Dennis and Jack Wilenchik, said in a statement that the former sheriff would appeal the verdict to get a jury trial. The statement said Bolton violated the Constitution by issuing the verdict without reading it to Arpaio in court.

“Her verdict is contrary to what every single witness testified in the case. Arpaio believes that a jury would have found in his favor, and that it will,” the statement said.

The former sheriff has disputed the allegations, calling the Justice Department’s investigation into his office “a witch hunt.”

In 2011, US District Court Judge G. Murray Snow first issued a temporary injunction, barring Arpaio from detaining people solely based on their immigration status after several Hispanics claimed he discriminated against them.

Last year, the judge asked federal prosecutors to file criminal contempt charges against Arpaio and several subordinates, alleging they had disregarded the court’s directions, made false statements and attempted to obstruct further inquiry.

Judge: Arpaio said he would ‘continue to keep doing what he had been doing’
In Monday’s ruling, Bolton wrote that Arpaio’s then-attorney, Tim Casey, testified that on December 23, 2011, he called the former sheriff and informed him of the order stemming from the racial discrimination suit.

During that meeting, Casey advised Arpaio: “[i]f you just believe or you know that [a person] is in the country unlawfully, you cannot detain him based on that alone. You either are to have an arrest based on state charges or you release. Those are the options,” according to Bolton.

“Defendant stated on numerous occasions that he would continue to keep doing what he had been doing,” Bolton wrote.

The former sheriff also “declared that he had created a backup plan” when US Immigration and Customs Enforcement changed its policy to only accept felons who violated civil immigration law, Bolton wrote.

The former sheriff served as the top lawman for Maricopa County for more than two decades. The county is home to Phoenix, the state capital, and more than 4 million people, about 30% of whom are Latino.

Arpaio has insisted President Barack Obama was not an American citizen and that his birth certificate was fraudulent, a claim that has been debunked.

Arpaio is also known for establishing Tent City, an infamous outdoor jail where inmates wore pink underwear and shuffled around in chain gangs. He said he was saving taxpayers money by removing salt and pepper from jail meals.

He made cracking down on illegal immigration a priority for his deputies, a stance that gained him national notoriety. Arpaio also became a favorite of conservative cable television commentators, while immigrant rights activists viewed him as a villain.

In November, Arpaio lost his bid for a seventh term as sheriff to Paul Penzone, a former Phoenix police officer. This spring, Penzone said he was taking down the tents.

Supporters of Arpaio have slammed the criminal contempt case, which the Justice Department began prosecuting under former President Obama, as politically motivated. Immigrant rights advocates and other critics of the brash, outspoken former sheriff were hoping for a conviction.