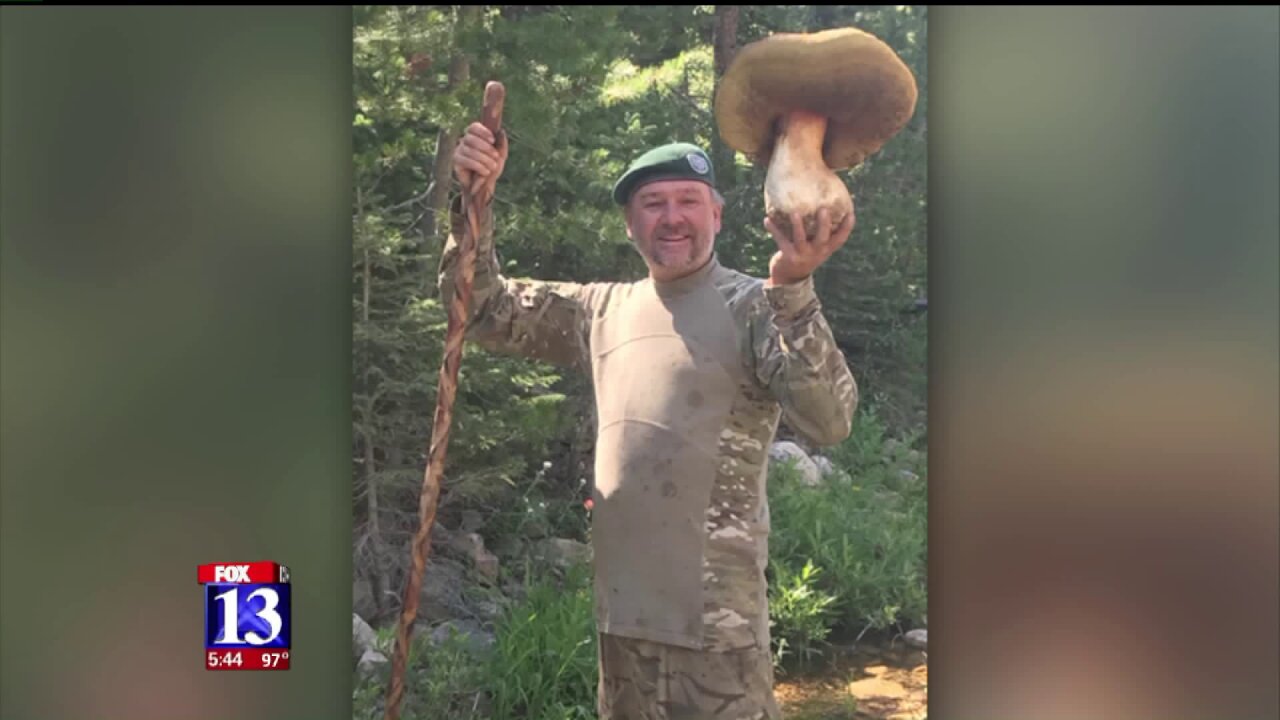 KAMAS, Utah — A Kamas man is showing off his record breaking find: the biggest mushroom in Utah history.

He calls himself the mushroom king, a third generation mushroom hunter from Austria.

He says when he found a 15 inch tall mushroom weighing 5 and a half pounds in the Uinta Mountains, he knew he had found a winner.

“I let out this burst of scream and I'm like screaming and it’s all on video you know, and I saw this giant, at first I thought it was a tree stump because I couldn't believe my eyes,” said Volker Ritzinger, mushroom hunter.

He credits his find to an unusually wet year. His son was the former record holder for biggest Utah “Shroom”.

Ritzinger said he can’t believe he found it before a moose, worms, or another mushroom hunter did. But he doesn't plan to eat this one just yet. For now it’s frozen, waiting to see if this mushroom king will be crowned with a Guinness world record title.