Duchesne County K-9 euthanized after being diagnosed with terminal cancer 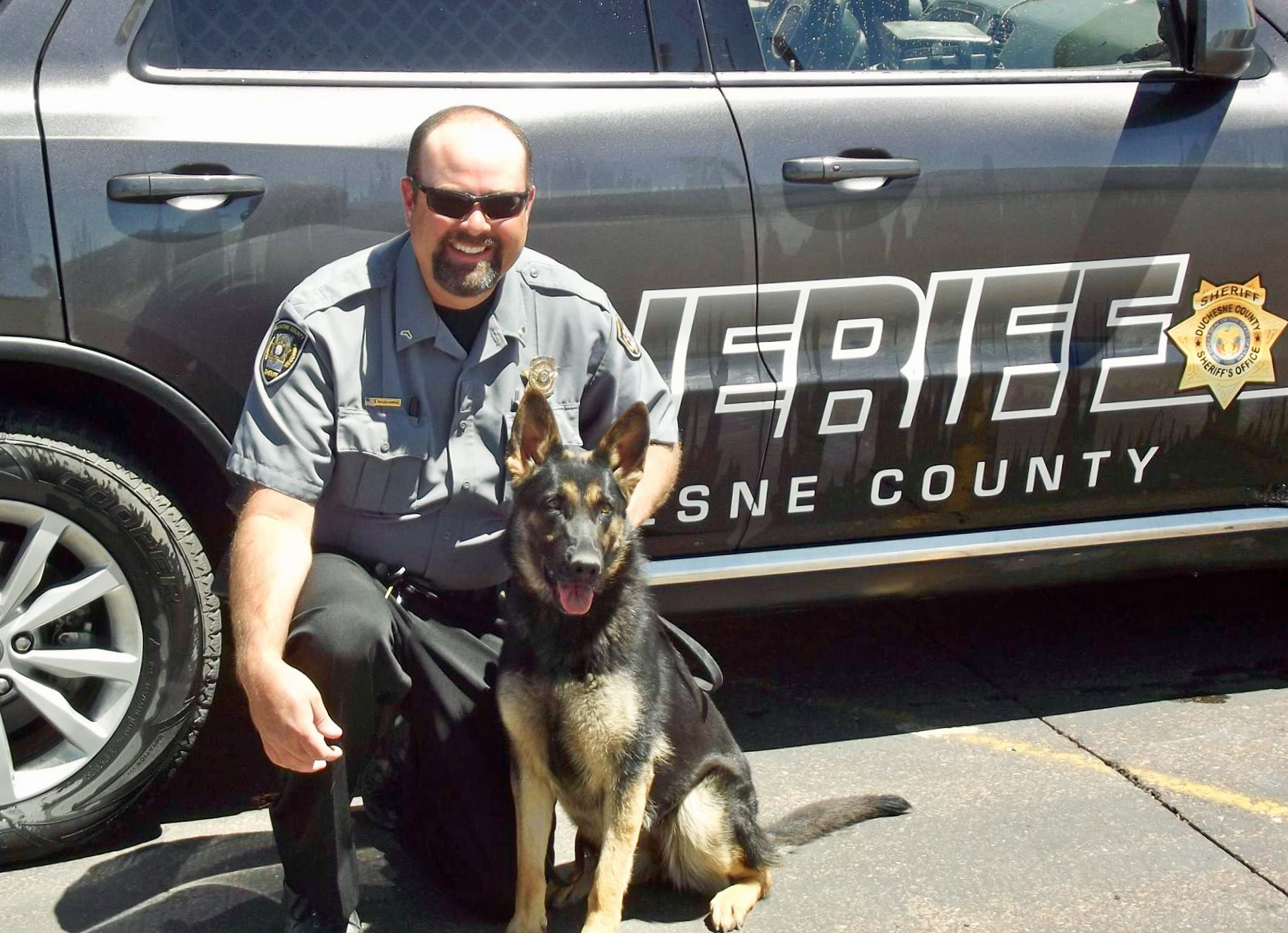 “Q, ” a 2-year-old German Shepherd, had been partnered with Cpl. Morant Harrison, and was euthanized Tuesday .

“Q” underwent emergency surgery earlier this summer to remove her right eye after other avenues of treatment failed,” Harrison said.   “Tissue samples taken during the surgery revealed that she had a fast-acting, very aggressive form of cancer.”

She was medically retired July 28 after she lost the sight in her remaining eye and was no longer able to walk.

“Q” was buried with honors on Harrison’s farm Tuesday evening in a casket built by inmates who are enrolled in the Building Trades program at the Duchesne County Jail.

The Sheriff’s Office is left with just one K-9 Officer, a Belgian Malinois named “Kimber.”  The office is looking at all options for adding a new K-9 in the near future.  Acquiring a new K-9 can cost up to $100,000 Sheriff Boren said.