Kids speak up for parks, including Bears Ears National Monument 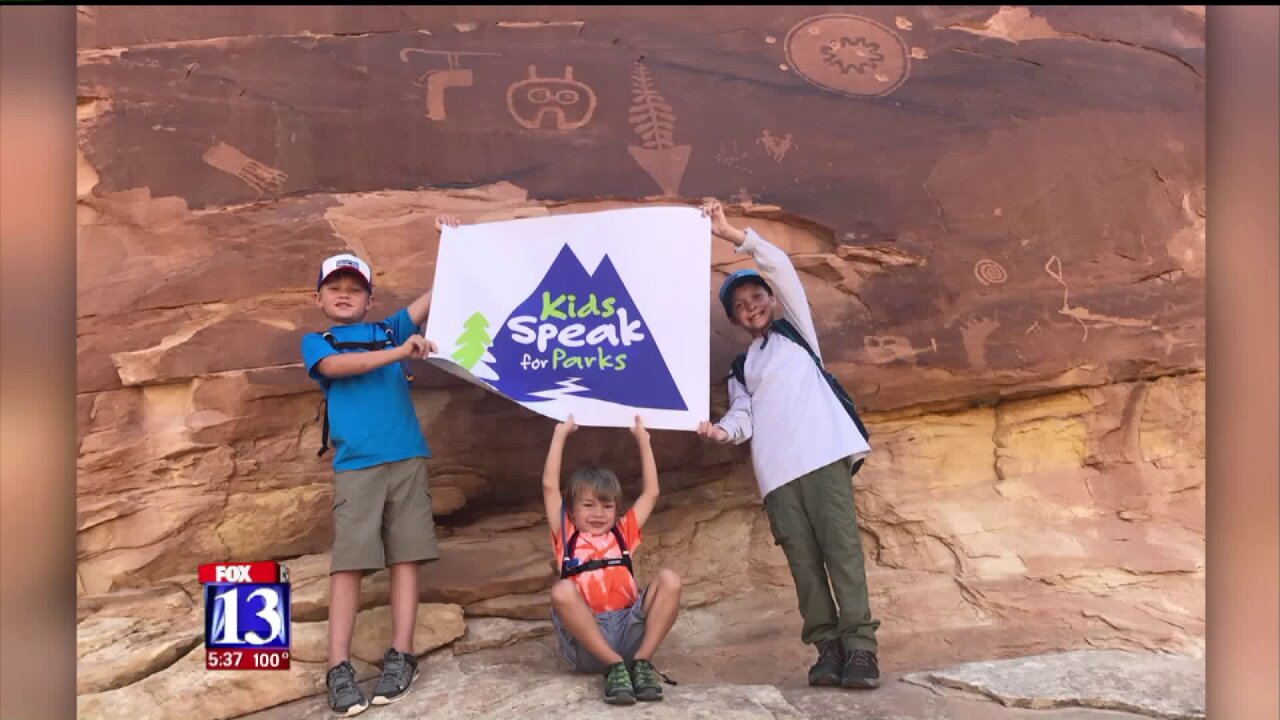 BEARS EARS NATIONAL MONUMENT, Utah -- Robbie Bond is spending his summer vacation traveling with his parents, hiking and doing other things you'd expect for a nine year old, but he's doing it in support of a non-profit advocacy group he has founded to fight against any attempt to reduce or repeal any national monuments.

That's why Bond was hiking through Bears Ears National Monument on August 1.

"If you got rid of the Monument then it might be subject to oil drilling, coal mining, stuff like that that might hurt the environment," Bond told Fox 13 from the lobby of Recapture Lodge in Bluff.

Bond's non-profit 501 c-4 organization is called Kids Speak for Parks. Bond lives in Hawaii, but traveled to Utah with his parents because he is worried about the brand new monument created by former President Barack Obama.

"It's the only national monument that Trump actually mentioned in his speech," said Bond, referring to the President's January speech delivered prior to signing an executive order directing the Interior Department to review monuments created under the power given Presidents in the Antiquities Act.

Along with Bears Ears, Grand Staircase Escalante National Monument is also considered to be under threat from the President's review, though there are still questions as to whether the President has the authority to revoke a monument declaration.

Bond is updating his activities with Kids Speak for Parks on Facebook.