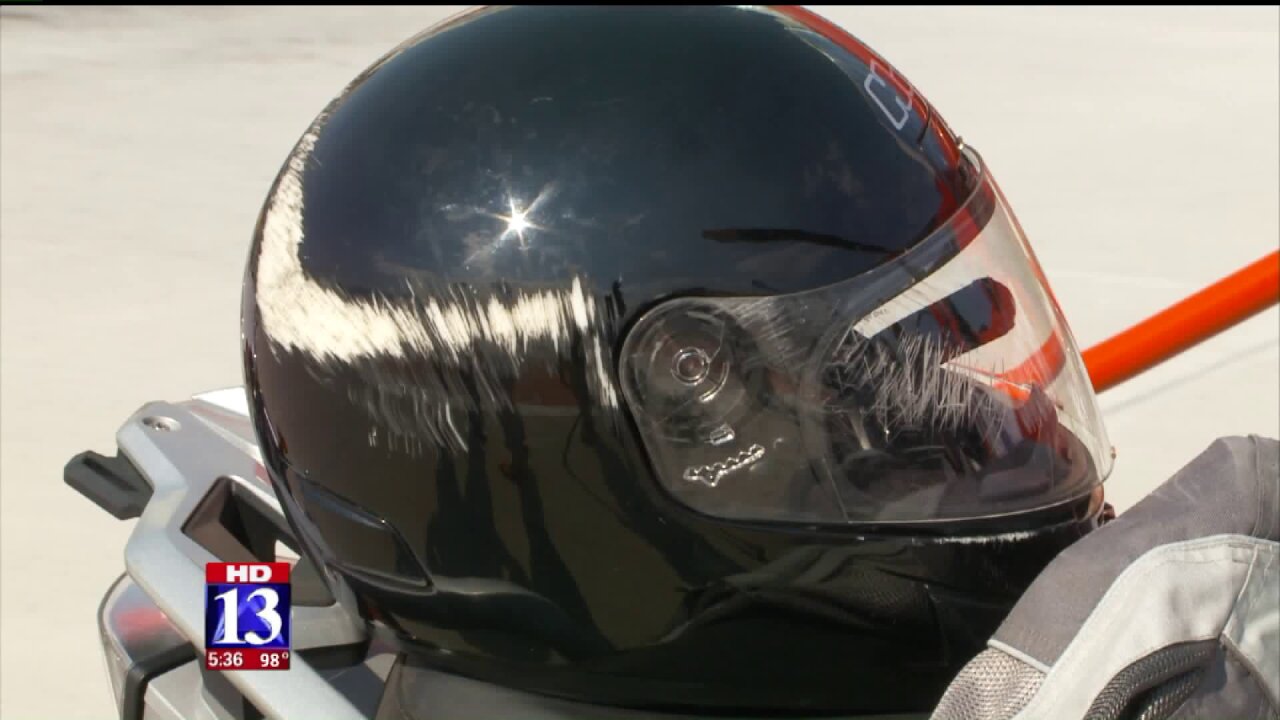 He said wearing the appropriate gear can save your life, and reduce your chance of head injury.

“The difference between a rider who is wearing appropriate equipment and one who is not is astounding,” Dr. Morris said. “A lot of times I think the medical community comes off as being anti-motorcycle and that's not the case; we really want to advocate for people to ride responsibly and prepare for the crash. We see people come in and just mangled; and it's impressive how one minute a short trip, and the next minute you see these devastating injuries.”

Standing next to Dr. Morris is 39-year-old Nathan Christensen. Christensen crashed his motorcycle two years ago in Sandy.

“An 18-year-old girl decided to make a four lane U-turn right in front of me, so I impacted her front driver’s side, and was thrown over the front of her car for about 30-feet,” described Christensen. “I landed on my head and shoulder.”

He said if he was not dressed in the appropriate equipment, including a helmet, he would not be alive today.

“I broke my shin vertically, half of which exited my leg, the other half crushed my knee," he said. "Six broken ribs, punctured my lung, broken shoulder-blade, broken collar-bone, two broken vertebrae, and a concussion. The helmet and the jacket took the majority of the trauma.”

He said he got into an accident earlier in his riding days and never forgot the value of protective gear.

“I learned very long ago that while riding is fun, if you're not being safe about it all, you're not only putting yourself at risk but others at risk as well," he said. "Your family, your children. I had been riding a long, long time and I thought, I, like a lot of other riders, was smart enough to be able to avoid anything serious and I unfortunately was proven wrong.”

According to representatives for the Zero Fatalities campaign, 19 motorcyclists have been killed on Utah roads so far this year. Twelve of them were not wearing helmets. In 2016, 41 motorcyclists died, and in 2015, 36 died.

Wearing a helmet, they said, would reduce a motorcyclist’s chance of death by 37 percent, and reduce the risk of head injury by 69 percent.