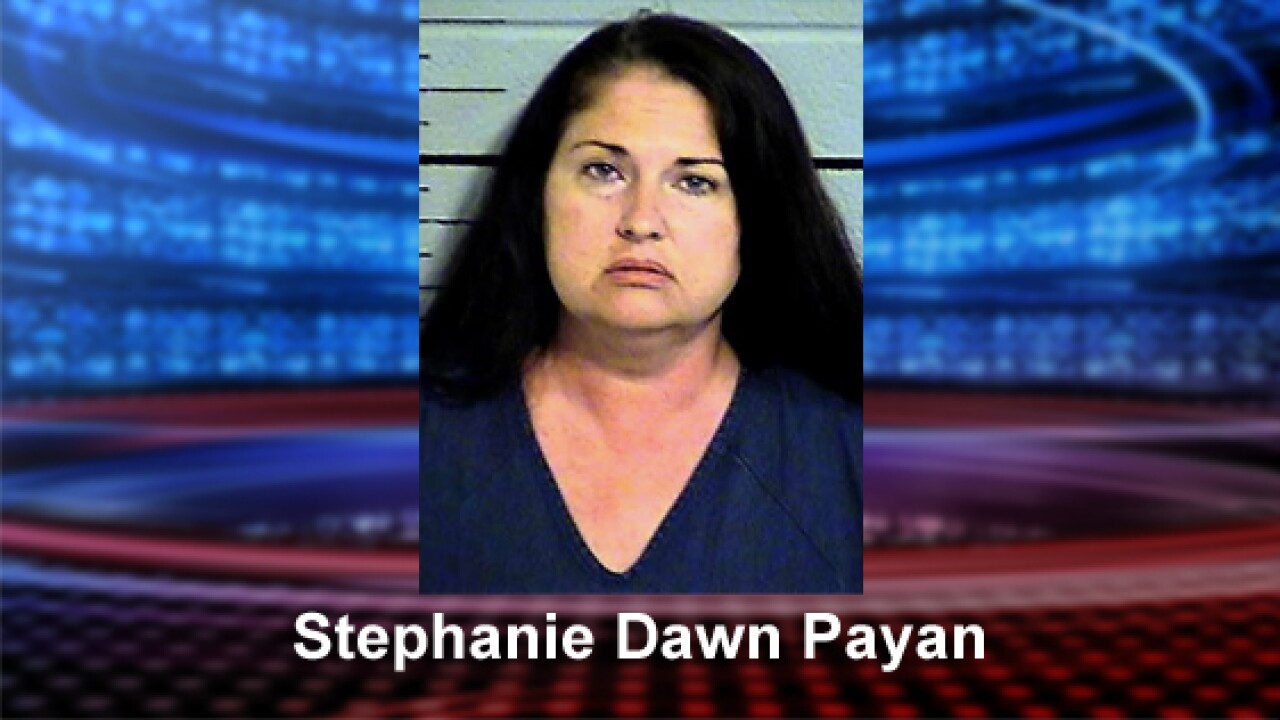 DUCHESNE, Utah — A Duchesne woman was booked into jail after she allegedly shot and killed her boyfriend at their home Wednesday night.

Stephanie Dawn Payan, 41, was booked into jail for investigation of murder, domestic violence in the presence of a minor and interruption of a communication device, according to a statement from the Duchesne County Sheriff’s Office.

Payan is accused of killing 51-year-old Guy Wells Mecham after an argument.

According to a statement from the Sheriff’s Office, Payan told investigators she and Mecham had been involved in an argument Wednesday afternoon and Mecham left the residence for four or five hours.

“During Mecham’s absence, Payan gave her teenage daughter her credit card and some cash, telling the girl ‘you’re going to need this,’ according to investigators. The girl and her mother also talked about the future of Payan and Mecham’s relationship, detectives said,” the statement from Sheriff’s Office said.

When Mecham returned to the home, he walked to the master bedroom, where Payan and her daughter were sitting, the statement said.

“When Mecham walked out of the master bedroom, Payan retrieved a handgun, followed Mecham down the hall and shot him once in the back, detectives said. Mecham made it back to the bedroom despite the wound and handed his cellphone to Payan’s daughter, asking her to call 911, the girl told investigators,” according to the Sheriff’s Office.

Payan allegedly took Mecham’s phone from her daughter, preventing her from calling for help.

“Then Payan told the girl to pack her belongings and called the girl’s father, telling him he needed to come get their daughter because she had just shot Mecham, investigators said,” according to the statement.

“Payan called 911, telling dispatchers she shot Mecham and he might be dead. The first deputy to arrive at the home found Payan sitting in a vehicle outside, her daughter in her bedroom inside the home, and Mecham dead in the doorway of the master bedroom,” according to the Duchesne County Sheriff David Boren

Detectives interviewed Payan’s daughter, then released her to her father, the statement said.