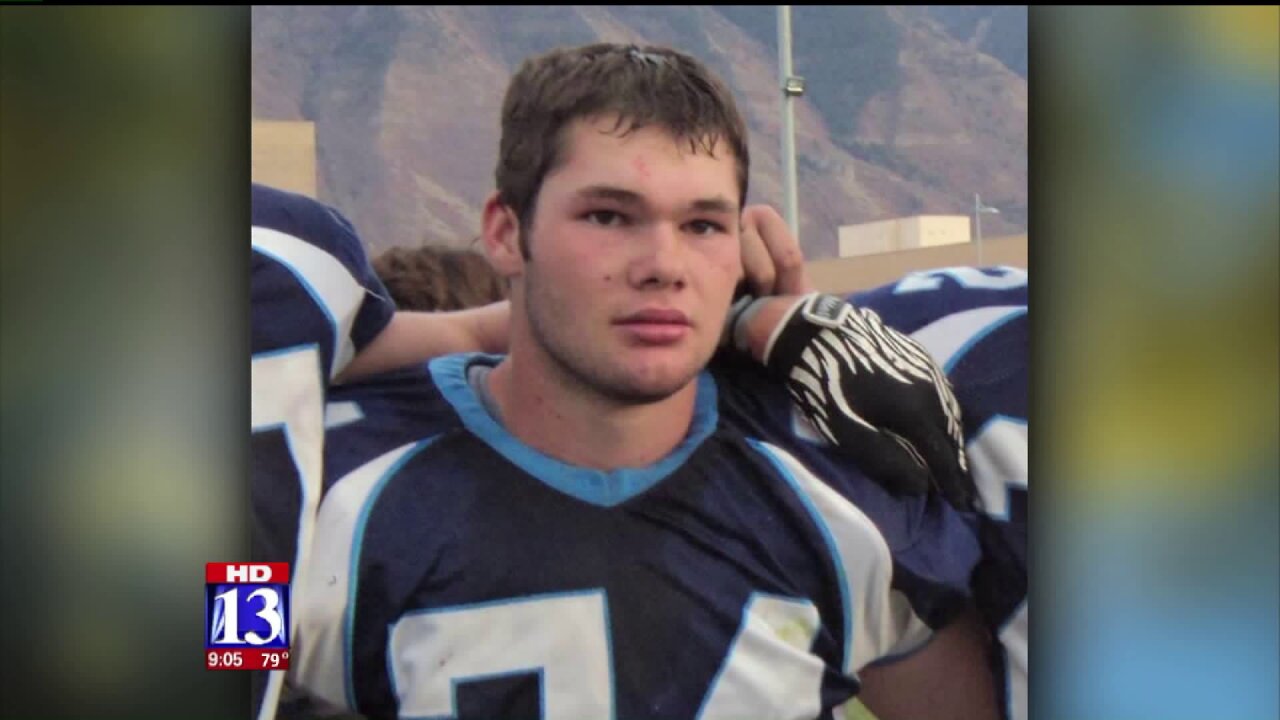 SALEM, Utah – A community is mourning the death of a teen who died while on a trip with a Boy Scout troop in the High Uintas.

Doug Julian died Saturday morning as his troop began hiking out to get him help for an apparent illness, and authorities believe altitude sickness played a role in his death.

Doug would have turned 18 Sunday, and he was about to start his senior year at Salem High School, where he played for the football team.

"Everyone kinda knows everyone: Where did Doug fit in? Wherever he was," said Jayden Barnum, one of Doug's teammates at Salem High.

Doug's mother posted on Facebook Sunday, describing Doug as an “amazing son” a “wonderful friend” and a “great man.” The teen’s mother also thanked all of those who have reached out to support her family in the wake of this tragedy.

The Duchesne County Sheriff’s Office says Doug became ill on Thursday. His scout leaders called for help Saturday morning and began hiking out, but Doug died before help could arrive.

“I just want his parents to know what kind of young man that they raised,” Small said.

Small said after Estelle lost a friend in a car accident last year, Estelle has struggled to get close to anyone.

“It was Doug that came, it was Doug that showed up, and that has showed up for her every day since just to make sure that she's  OK,” she said of the teen’s support for her daughter during that difficult time.

Jayden said Doug was known for his kindness.

"You're supposed to be afraid of a kid who can grow a beard in the 8th grade, but, no: That's not Doug. Everyone knew he was a nice guy," he said.

Jackson O'Hara, another teammate, said he and Doug have known each other for years.

"He wasn't just a friend but he was family," Jackson said. "I've known Doug since we were in 1st grade."

Jacob Rolfe, another teammate, said Doug had a positive attitude in life.

"I never heard Doug complain once," he said.

Jayden says Doug tried to spread joy to those around him.

"He was the kind of person that would greet you with a compliment," he said. "He'd wanna make you feel good."

While authorities suspect altitude sickness played a role in Doug's death, a medical examiner will conduct an autopsy to determine the cause.