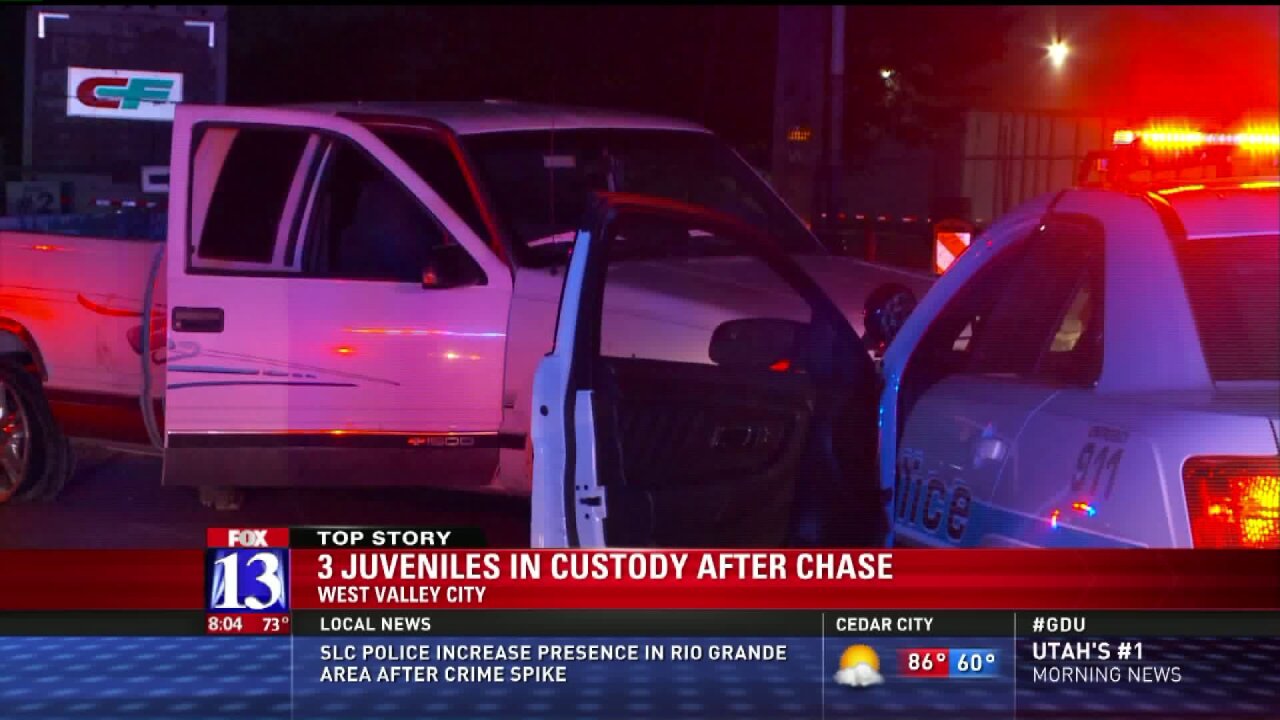 WEST VALLEY CITY, Utah - Three juveniles are in custody after leading police on a chase in West Valley City.

Authorities said they were called to a car accident at 4700 S. 3600 W. witnesses said was a hit-and-run.

Officers said they tried to stop the truck but it sped off, starting the chase from West Valley to Salt Lake.

"As of right now, the information we`re getting is at least one of the juveniles was listed as a runaway so potentially that could be a motivation to run," West Valley City Police Lt. Amy Maurer said. "Just the early onset of the investigation, we`re still trying to determine if it was involved in the accident."

Officers are investigating if the truck was involved in the earlier hit-and-run.

Authorities said the juveniles are facing multiple charges including running from police and failing to obey officers.

Other traffic violations could be added.