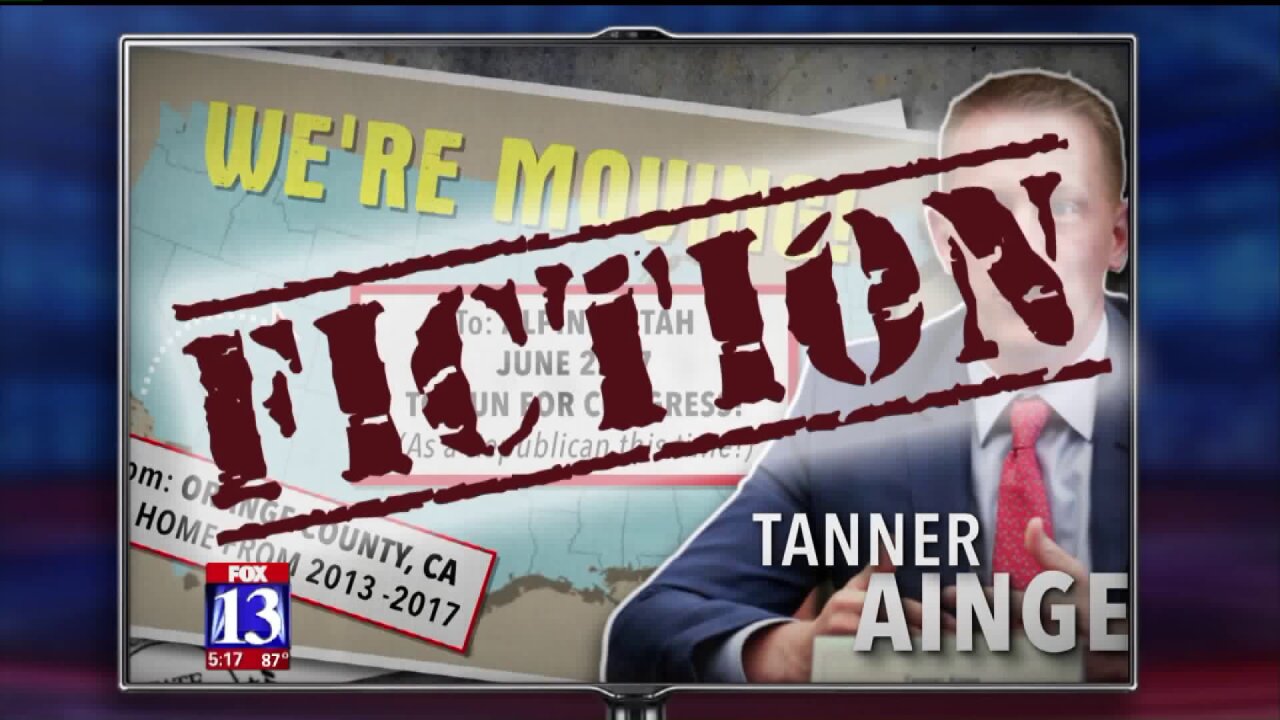 It opens to the tune "California Girls" by the Beach Boys with Paper Dolls of four prominent California politicians, all women, bobbing to the beat.

We don't need another California politician in Washington.

Tanner Ainge has lived most of his adult life outside of Utah, in places like Chicago, Boston, and even liberal California, where he voted in the last election.

He even became a candidate for Congress before he registered to vote here.

How can Tanner Ainge represent us?

He's not even one of us.

Two of the ad's three assertions are true: Ainge has lived most of his adult life outside of Utah and he did register as a candidate before he was registered to vote in Utah.

Ainge's campaign counters that the candidate has lived in Utah more than any other state as an adult, and that he thought he was registered to vote in November when he filled out his driver's license application and checked the box indicating he wanted to register.

The third assertion in the ad Fox 13 found to be fiction. Ainge has not lived in Utah for only two months.

Ainge moved to Utah in late November, as indicated by his drivers license application and confirmed by the Lt. Governor's office. The election director, Mark Thomas, said they checked his DL application when they learned Ainge was not registered to vote.

That's a significant difference because it indicates Ainge did not move to Utah in order to run for an open Congressional seat. Congressman Jason Chaffetz announced in April that he would not seek reelection. Chaffetz then announced in May he would step down early.