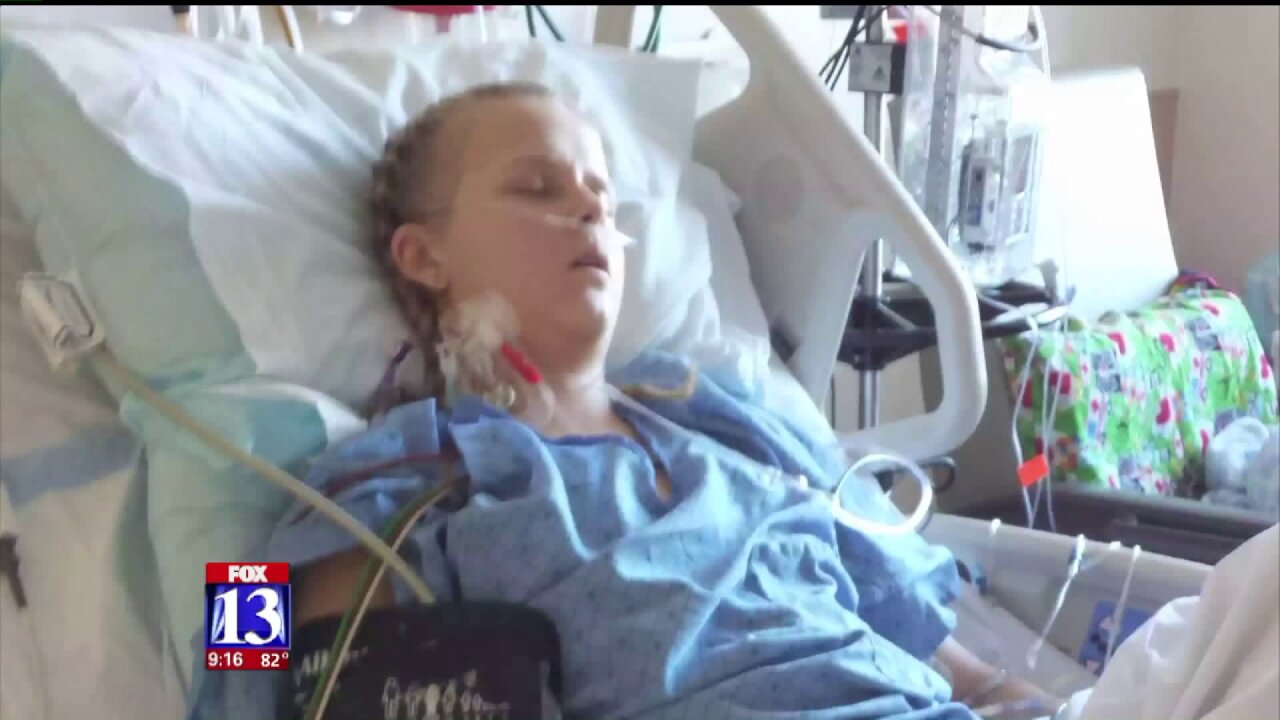 UTAH COUNTY, Utah — A Utah County woman is only 20, but her life is already limited because of tainted chicken salad her family bought at Costco.

Chloe Rodgerson of Highland hopes her lawsuit against Costco will help her recoup the millions of dollars she has spent on hospital bills over the last two years.

Rodgerson is one of 19 people across the country suing Costco for the same reason after she got sick in 2015. Before she ate that salad, she had a bright future. A future that involved the bright lights of Broadway, according to Broadway director, Jeff Whiting.

“I feel very strongly that had Chloe been able to continue on her path that she’d be here in New York and working on Broadway,” says Whiting.

She was certainly on her way.

“The year before I got sick was probably the best year of my whole life,” Rodgerson said.

At the end of October of 2015 she started vomiting blood and was admitted to the ICU.

Of the 19 people who contracted E. coli from Costco’s chicken salad in 2015, Rodgerson's case is the worst.

"So it wasn`t just E.coli. I had the worst type of E.coli which was 'e-hec 0157' that completely eats up your system," says Rodgerson.

On top of that, she got hemolytic uremic syndrome, a disorder affecting five percent of people who contract E. coli, which led to end stage renal failure, epilepsy, and diabetes.

Her mother, Minda Renshaw, says it was horrific watching her daughter in such agony.

“All I could do is say 'I love you' over and over and I felt like there was nothing I could do. Nothing,” Renshaw said.

After a year and a half of painful dialysis, she got a kidney transplant from her husband, but her medical problems are far from over.

"I'm kind of in a place where I don't have any other options.” Rodgerson said.

With $2 million in hospital bills so far, Rodgerson said she's suing Costco just so she can live a normal life.

“I don`t have $2 million and I’m not going to have sufficient resources to keep myself alive going forward in the future," Rodgerson said.

Due to health problems associated with her kidney transplant and epilepsy, Rodgerson has had to give up her dream of performing on Broadway. She's just not healthy enough.

Another dream she's had to give up: Rodgerson will never be able to bear children.

Fox 13 did reach out to Costco. They replied saying they couldn't respond to our inquiry at this time.