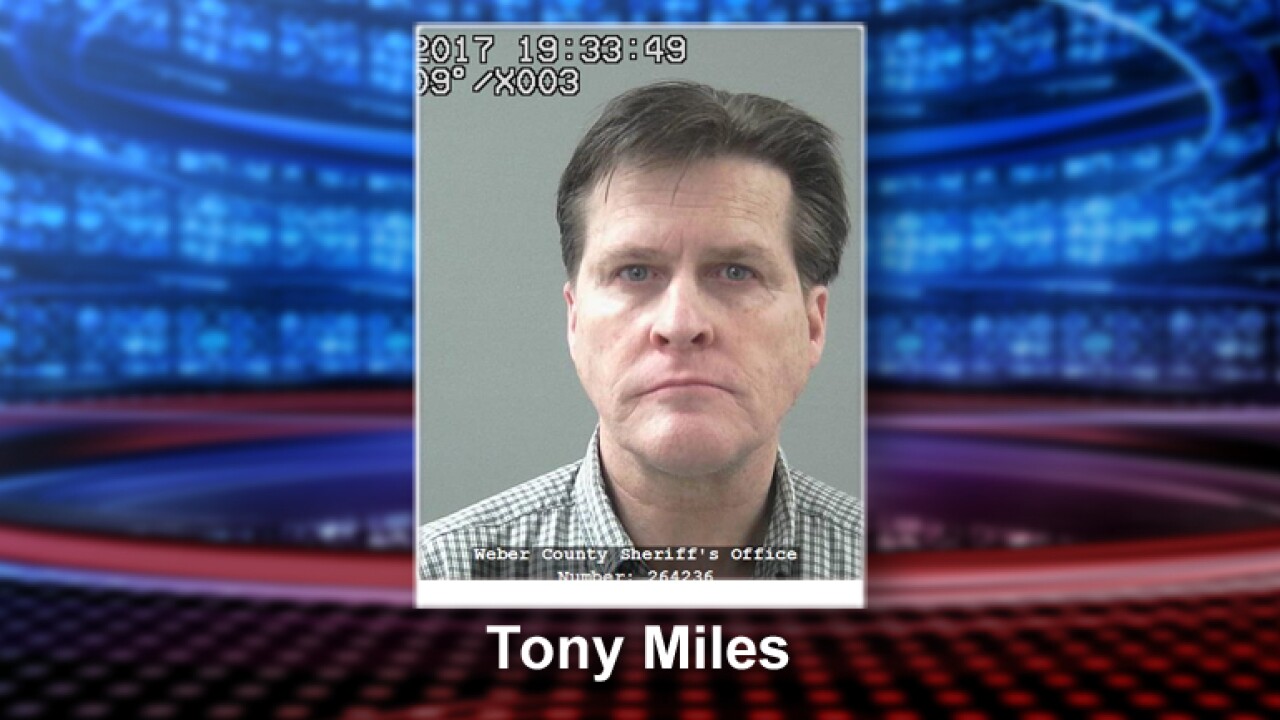 WEBER COUNTY, Utah — A Utah attorney is facing felony charges after he was allegedly caught trying to smuggle heroin and cocaine in to the Weber County Jail.

Attorney Tony Miles, 53, is charged with one count of forgery, two counts of unlawful possession or use of a controlled substance in a correctional facility and one count of possession of drug paraphernalia.

According to a statement of probable cause dated July 31, Weber County Jail received a tip indicating Miles was smuggling narcotics into the jail while visiting an inmate, Tido Alves. In a separate investigation, Alves and two other inmates, Lyric Ete and Jeremy Eli, were caught with narcotics while “incarcerated at the same pod at the jail.”

Police determined that Alves and Ete had discussed someone they called “Law School”, who would be bringing them a “care package.” Police determined that Miles had visited Ete several times in February and March of this year despite not having represented the man as his attorney. Miles had also met with Alves once and in April requested another visit, despite the fact Miles had never represented Alves as an attorney.

Attorneys who visit the jail are required to sign in and receive an identification badge, and on April 7 Miles signed in under the name “Adam Griffith”. After signing in he went into the restroom for several minutes before returning to the reception area to begin his visit.

Once Miles was in the secure portion of the jail, a sheriff’s deputy informed Miles he would be performing a random search and asked the man to empty his pockets.

“[Miles became visibly worried and asked to cancel the visit and exit the facility,” The PC statement alleges. “He volunteered that he had a heroin problem and handed the deputy a piece of aluminum foil and a black tube from his pocket. These items are used to smoke heroin.”