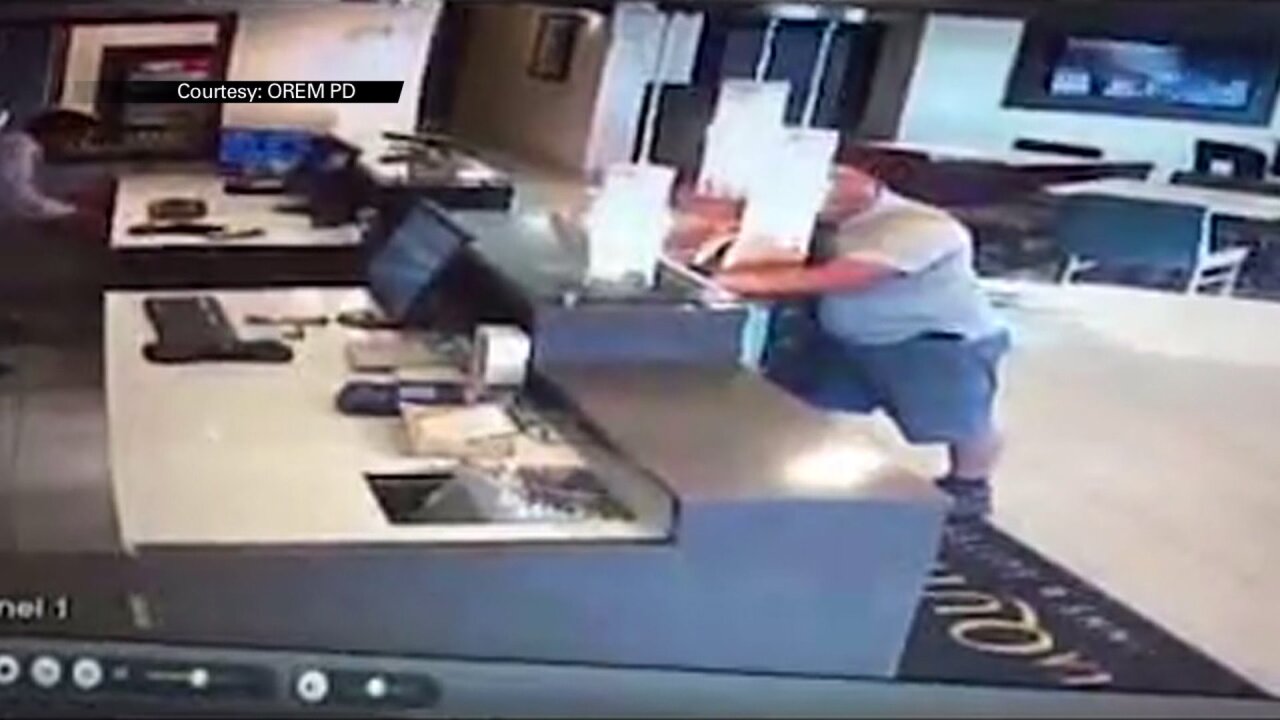 OREM, Utah - Police are searching for a man accused of picking up a woman, taking her to a nearby hotel and sexually assaulting her.

Orem Police said a suspect picked up the woman at Nielsen's Grove Park and took her to a LaQuinta Inn on June 28.

Police said the victim is in her 20s but functions at the mental level of an 8-year-old child.

"But the problem here is this woman has the mental capacity of about an 8-year-old, we're being told, and that's obvious to people who talk to her, so it's not anything that this suspect could have not figured out at the time," said Lt. Craig Martinez of the Orem Police Department.

Police say the victim told the man no when he first asked her to get into his vehicle, but Martinez said the suspect convinced the woman to get into the car.

Investigators said the suspect was driving a white passenger car and may speak a bit of Spanish.

Officers are reviewing surveillance video that may give more information about the suspect.

This is a special edition of late night Tattle Tale Tuesday!

The man pictured in this video is suspected of picking up a woman and Nielsen's Grove Park (2000 S. Sandhill) and taking her to a nearby hotel and sexually assualting her. As if that's not bad enougth, the victim in this case is in her 20's but functions at a eight year old level, mentally.

So this guy is the "El Jefe" of our TTT suspects. Now, all of our TTT suspects are special to us but this guy is like when you're leaving Costco with a cart full of items in bulk and as you're walking out to have your receipt checked, you are are secretly racing the carts around you. No one will say that you're racing but we all are. We are all hoping you can ID this guy for us.

This occurred on the the 28th of June and out detective has exhausted all his leads and now we're turning to our secret weapon........FB Detectives!

The suspect was driving a white passenger car and he may speak a bit of Spanish but that's about all we have. Please share this and as always, if you know him PM us or call 801-229-7070.

Keep your rage in a cage, if it's not yours don't touch it, eat it don't tweet it, hugs not drugs and as always........#thesepantsarentmine
-LT