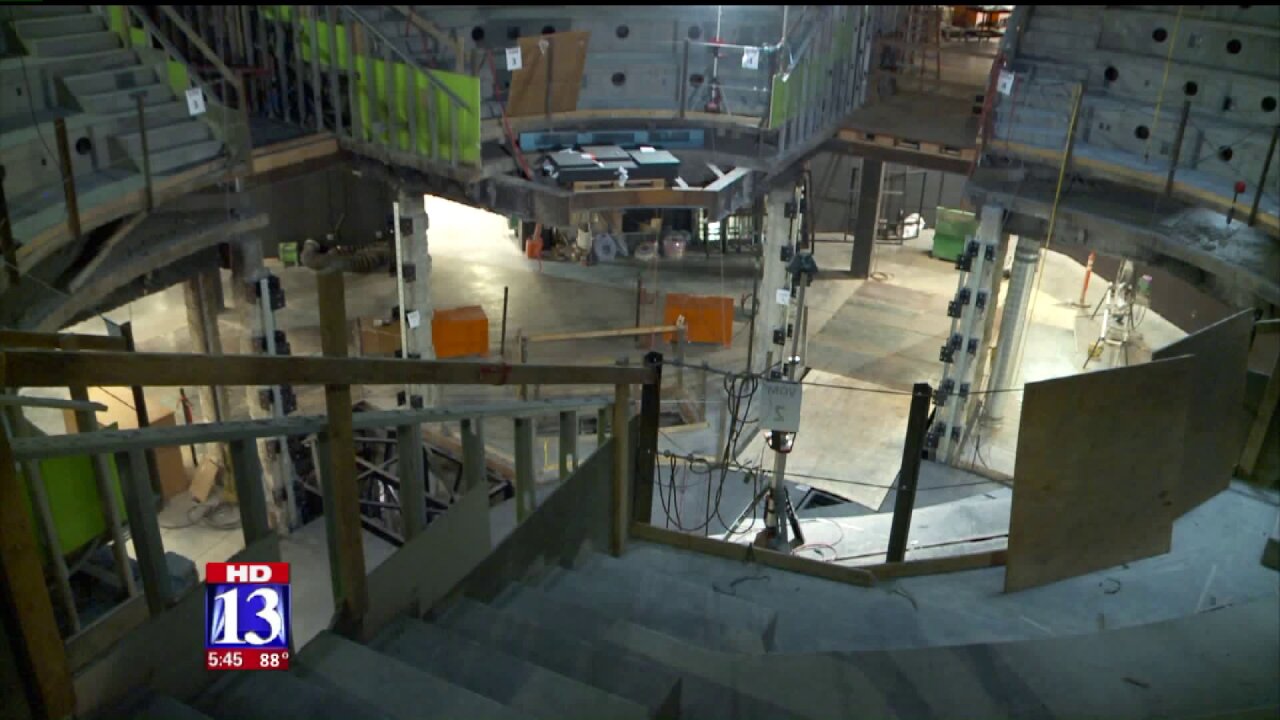 The new Hale Centre Theatre in Sandy will feature all of the above, and much of it was on display as theater managers gave Fox 13 an advance tour of the facility.

"The company that is building all the stages and the flying system and so forth, they refer to this as the most technologically advanced stage anywhere in the world," said Mark Dietlein, Hale President and CEO.

The new facility actually includes two theaters: A 900-seat theater in the round, and a traditional theater with seating for 460.

The project will be complete in November, but the smaller stage will host its first performance, Forever Plaid, on September 1.