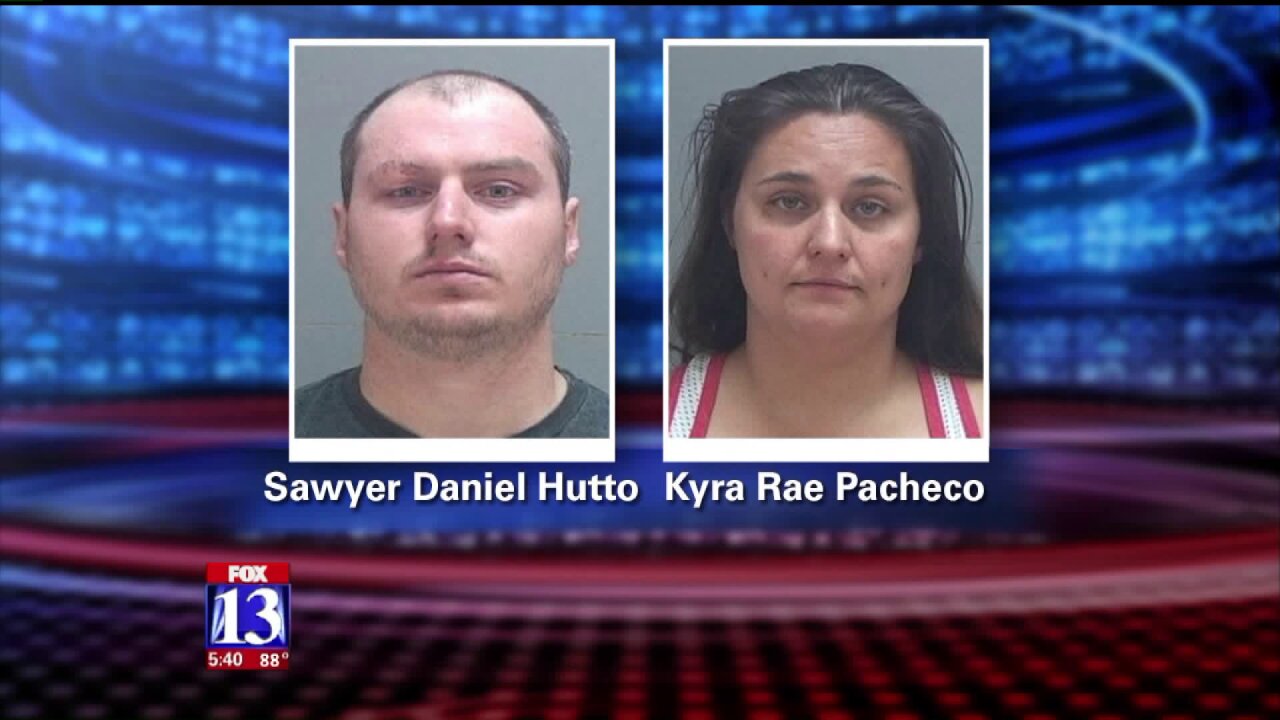 SALT LAKE COUNTY, Utah -- A mother and her boyfriend are both facing child abuse charges after a young boy allegedly suffered serious injuries and was repeatedly locked in a closet.

The mother is 30-year-old Kyra Pacheco. She has multiple children, but the statement of probable cause from the Salt Lake County District Attorney’s Office’s only references injuries done to her 9-year-old son.

“He was unable to move his arms or legs… he had been vomiting for days, had low energy and double vision," authorities wrote in the PC statement.

The document goes on to state Pacheco told doctors his injuries were from “… a flip off a rock two weeks ago.”

Gill said the staff ultimately realized something else was going on.

“When they took him in, that is when they realized he had some sort of subdural hematoma and other internal injuries, and through that process they were able to discover the series of injuries and the different stages of healing, and there were no accidental explanations for that,” Gill said.

The report also states details of abuse, which investigators found to be accurate. The boy told authorities that, “…Hutto slammed his head into a wall three times so violently that this caused dents in the wall… stood with his entire weight on the boy’s body and was pushing up and down with his feet on his back… held a knife to his throat and threatened him.”

“Those are both physical, emotional and psychological type of abuse that is occurring here that is all about the control,” Gill said.

Hutto’s charge related to kidnapping stems from after the child told investigators that Hutto locked him in a closet repeatedly with no food or light. He added Hutto only let him out to eat and use the bathroom.

In a statement the boy said “occasionally his mom would see the abuse happening… she didn’t do anything because she was scared.”

“These are very serious allegations for some very serious consequences, and for appropriate reasons we, as society, make a value judgement and a legal judgement that when you abuse the most vulnerable in our society that you should be held to the harshest punishment,” explained Gill as he addressed the charges both Hutto and Pacheco are facing.

Pacheco could face up to 15 years in prison. Her other young children are in protective custody. Hutto faces up to life in prison should he be convicted.