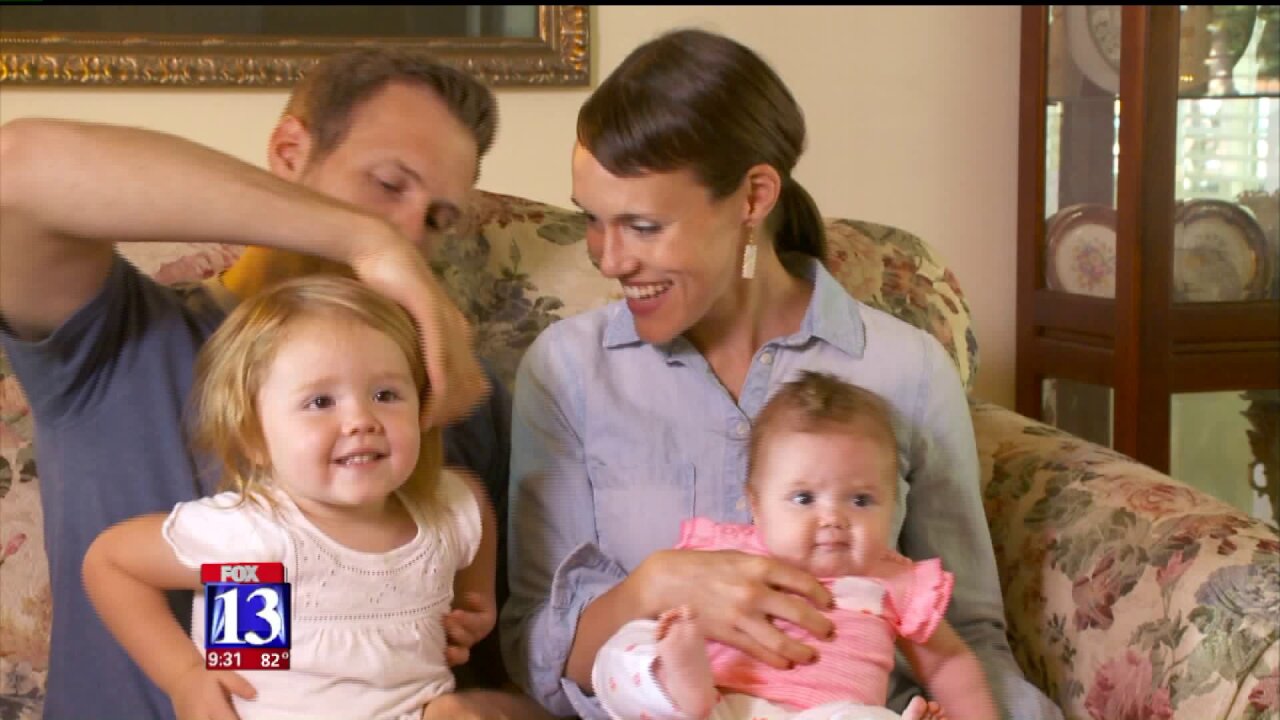 SALT LAKE CITY — A former West High School student has been formally charged in connection with a crash that killed both of his passengers and seriously injured a pregnant woman on February 16.

Abraham Miranda, 18, was charged Tuesday with two felony counts of manslaughter and one misdemeanor count of reckless endangerment.

Police said Miranda was driving a Chevy Impala on 300 West in Salt Lake City when the vehicle crashed into a Honda Pilot. Miranda's passengers, Vidal Pacheco and Dylan Hernandez, were both killed in the crash.

"Accident reconstruction analysis determined that [Miranda] was traveling north bound on 300 West," a statement of probable cause indicates. "As [Miranda] approached the 700 North intersection with 300 West, a vehicle traveling westbound on 700 North was approaching the 700 North intersection with 300 West. [Miranda] attempted an evasive maneuver, struck the center median, traveled into oncoming traffic and collided with a 2004 Honda Pilot. Upon impact, the Honda Pilot rotated clockwise, moved west from the collision origin and collided with the building at 721 North 300 West, where it came to rest."

Police said an analysis of the crash indicated the Impala was traveling at or around 95.8 mph prior to the collision. The posted speed limit in the area is 40 mph.

The driver of the Honda Pilot, 32-year-old Amy Wilson, suffered traumatic brain injury, internal bleeding requiring the removal of her kidney and spleen and 15 broken bones, according to police.

Wilson was 34 weeks pregnant at the time of the crash. An emergency C-section was performed on Wilson, but the medical staff told her that her baby would have brain damage and trouble using her left side.

However, Fox13’s Danica Lawrence spoke with the Wilson family and both mom and baby are healthy and recovering. The family says the baby is “perfectly normal.”

“They told us that potentially she could never feed herself,” said Kyle Wilson as he sat with his wife, Amy, and their older daughter, Ruby, all holding baby Grace. “She would have to be fed through a tube in her stomach, not be able to use her left side, not be able to speak, you know, so far, she is perfectly normal and healthy.”

Kyle Wilson said they will have a better understanding of her well-being by the time she turns about 7 years old, but they have been told by those in the medical field she is a medical miracle.

Amy and Grace were in the hospital for over a month. Amy Wilson said having Grace there near her was hard but she believes they both helped each other heal.

“It was kind of this shared experience, this really sweet time together,” Amy Wilson said.

The Wilson family was living in Colorado Springs prior to the crash. Even though Amy was eight months pregnant with Grace, she and Ruby went to Fruit Heights, Utah to visit Amy’s parents. That fatal day, she had found a sitter for Ruby and chose to drive to the Salt Lake LDS Temple. That is when the crash happened at 11:30 a.m. February 16th.

Kyle got the phone call and flew into Utah that night to be there for his family and newborn baby. Amy did not even know she had an emergency C-section until about two to three weeks after the accident.

“I was out for about eight days after the accident,” Amy Wilson said. “I wasn’t involved at all in the emotions of the C-section or anything.”

Amy and Kyle are aware of the recent charges against the driver, Miranda.

“We feel like that is kind of one of the greatest gifts or blessing that we’ve been able to forgive,” Amy Wilson said. “And I feel like neither of us have had any feeling of anger or frustration at [Miranda] or any of the people involved; and we just have been able to move forward and forgive them and we really, sincerely hope that the families and the individuals involved will receive the healing they need to move forward in their lives.”

A witness told police it appeared Miranda and the driver of another vehicle were drag racing.

According to the probable cause statement, Miranda told an investigating officer he was "going fast at speeds above 60 mph because he was in a hurry to get to the arcade."

Miranda, Pacheco and Hernandez were all seniors at West High School at the time of the crash.

A warrant is out for Miranda’s arrest. Police have not been able to locate him. He will be held on a $500,000 bail.