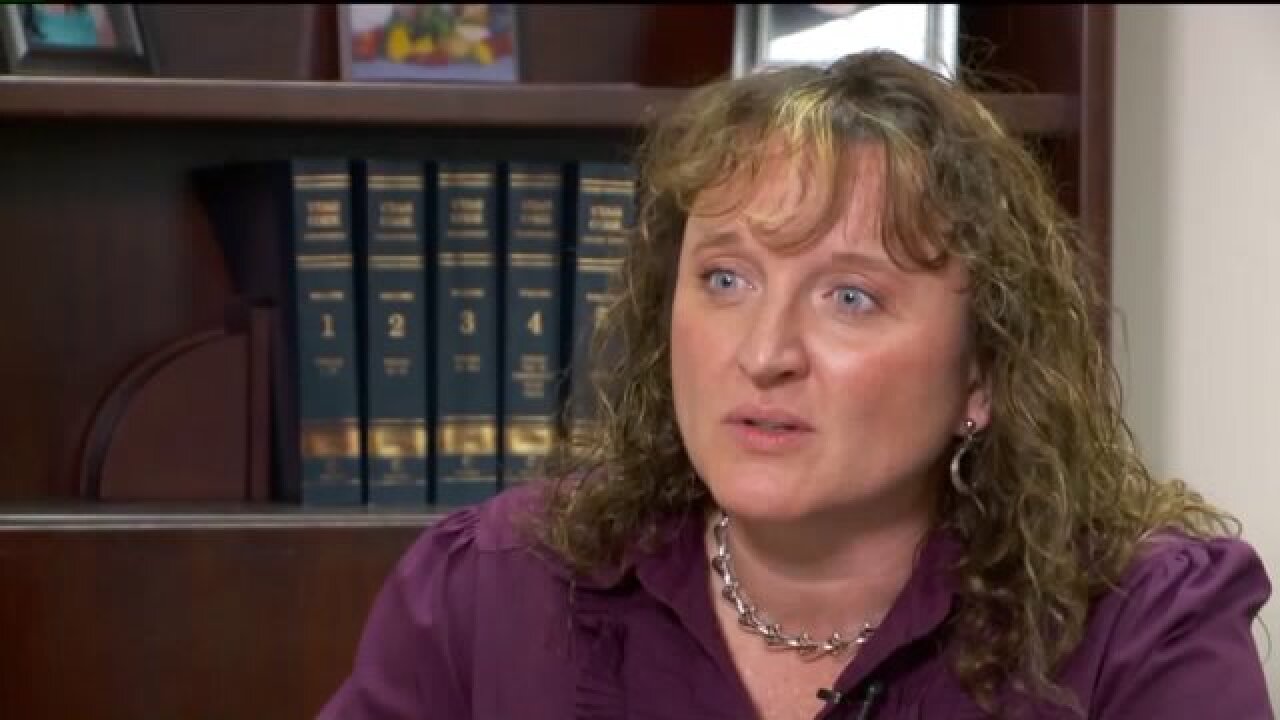 SALT LAKE COUNTY, Utah -- Acting County Recorder Julie Dole issued an open letter Thursday in response to allegations of misconduct during the time that the previous recorder, Gary Ott, was suffering from a decline in health and competency.

Dole was Ott's Chief Deputy and took on the role of Acting County Recorder after Ott's resignation at the beginning of this month, but on August 17 the county Republican party will meet to select Ott's replacement.

Ott's legal guardians agreed to a deal regarding Ott's resignation after a lengthy period of controversy surrounding Ott's diminishing health and capacity to perform his job.

In July, the Salt Lake County GOP said they would be investigating Dole, saying "The circumstances surrounding Mr. Ott's retirement give the party cause for great concern, including the allegations directed at his Chief Deputy Julie Dole."

Later that month, an investigation of the county recorder's office revealed that Ott had not been in control of the office for several years. In a letter, State Auditor John Dougall claims the recorder's office violated an anti-nepotism ordinance by hiring Ott's girlfriend, Karmen Sanone, despite several people in the office, including Dole, being aware of their relationship. Dole denies that claim.

A closed door Salt Lake County Republican Party Executive Committee meeting was held in Murray Thursday evening. On the agenda, the committee stated members would receive a report back from the special committee - reportedly made up of three members - investigating Dole.

None of the members would speak about the contents of the meeting, report or the evidence allegedly brought against Dole. The only information offered was that they have been contacted by "scores of people" and have "gathered hundreds of pages of information, including a statement from Julie Dole and her public letter," according to North Region Chair Jake Parkinson.

No formal decision came from the meeting, which Parkinson said was the original goal; however, he said, they do not want to rush the process as more evidence comes to their attention, and they are not "playing games." He said their actions are not meant to impact the upcoming special election in any way.

In an open letter issued before the meeting Thursday, Dole says the accusations against her are “false and unfounded” and that she hopes to appeal to the general public to clear her name “in response to all the political grandstanding which has led us to this point.”

In the letter Dole says she has "done my utmost to execute the duties of my Oath of Office both as Chief Deputy and now as Recorder for Salt Lake County." She also notes that she is a single mother of two children and is battling breast cancer.

The letter states: "I feel I have been treated unfairly, and, if you agree then I ask you to express your feelings to those accusing me of wrongdoing."

The letter includes a copy of a document Dole sent to the county party refuting some of the allegations against her as well as a copy of her job description with various portions highlighted that Dole says guided her actions during Ott's decline.

Dole said she did speak to Ott on a personal level and asked him to resign "often", but she said she was not successful. She said her obligation has always been to maintain the operations of the county recorder's office, and she said she felt like Ott's confidential medical concerns were something she could only discuss with Ott or the county's legal team.

In the letter, Dole accuses the county GOP of setting up an investigation designed to find her guilty "regardless of what evidence or testimony I may supply, to make sure that I am tarnished beyond repair in advance of the Recorder Special Election."

Dole said she is accused of an attempted "coup" to take control of the office, which she says is ludicrous because her job description states her job is to keep the office running in the case of Ott's absence.

The full letter and its supporting documents are embedded below.