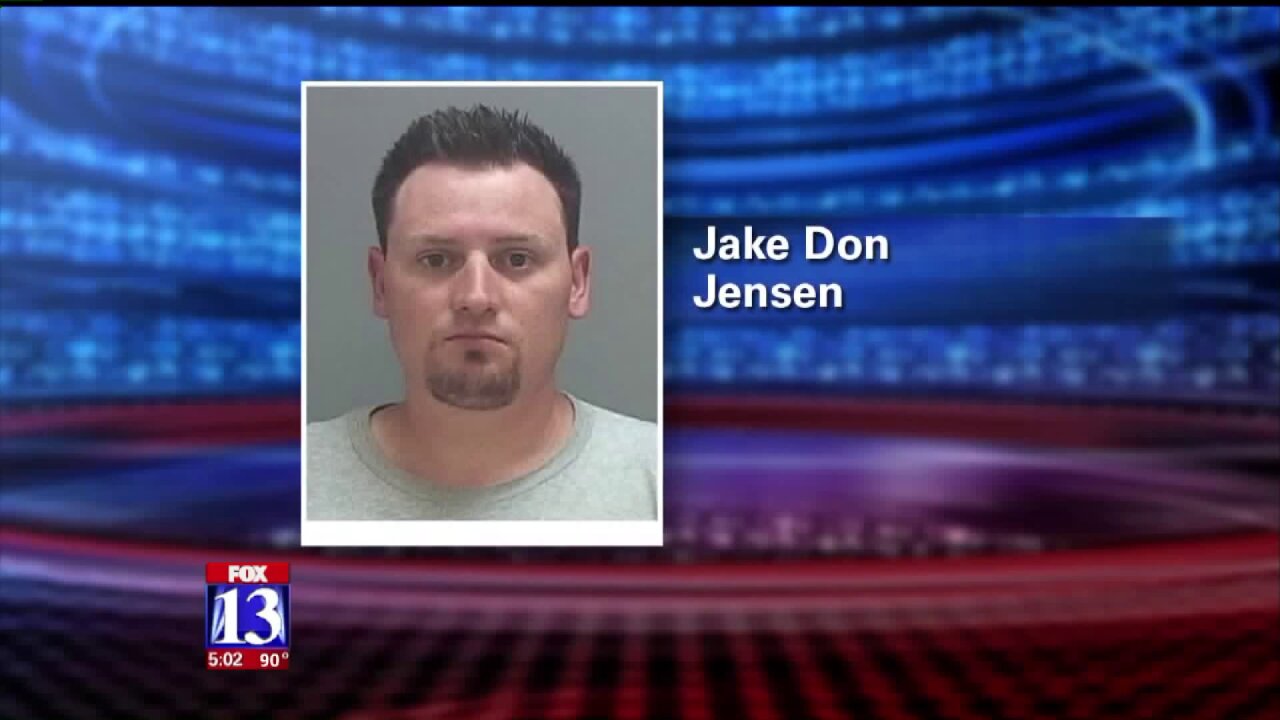 COTTONWOOD HEIGHTS, Utah – A Cottonwood Heights man accused of abusing his wife’s baby so severely that she died from her injuries appeared before a judge for the first time Thursday morning.

During his first appearance, Jensen was represented by his council, whom he had just hired earlier that morning. His attorney, well known Salt Lake City Defense Attorney Greg Skordas, defended his client's position.

"His position is that he didn't know and wasn't aware of the level of the injuries this child was suffering," Skordas said.

According to court documents, Jensen is facing charges for child abuse and child abuse homicide after his wife’s 19-month-old daughter died from alleged abuse.

Authorities said the mother and her daughter were living with Jensen and his mother after the baby was born. Officers said the baby’s biological father was not involved.

Documents state the girl was born premature and had cerebral palsy and developmental delays as a result. Back on January 2, 2016, the baby suffered a seizure while in Jensen’s care; her mother was at work, according to documents.

By the time emergency crews arrived, the seizure had passed and the baby’s vital signs had “returned to normal.” First responders did not take the baby to the hospital but urged her mother to take her to a pediatrician.

Police said Jensen originally said he gave the baby a bottle when she woke up and found that her legs and arms went stiff.

Then he later told authorities he had found the baby unresponsive and apparently having a seizure.

The family called 911 and said this seizure was different from the one the baby had days before. The baby was rushed to the hospital, where she never regained consciousness.

Documents state she suffered an “un-survivable brain injury due to lack of oxygen to her brain.”

Officials said examinations from multiple doctors indicated child abuse may have led to the seizures and the baby’s death. Doctors said one of the baby’s legs was broken and the other was injured, which also indicates abuse.

They said the injuries are consistent with “severe child abuse” and not something the baby could have done to herself or caused by an accident.

The girl had head and eye injuries as well.

Because of the physical evidence and lack of explanation from the baby’s parents, the doctors determined the injuries were caused by abuse and the baby’s death was a homicide. All the evidence seemed to point to Jensen as the responsible party, but his attorney said there are other explanations.

"There were other caregivers around that could have mishandled the baby or otherwise," Skordas said. "But the fact it's just focused solely on him, I think they will have a lot of witnesses come forward and say: 'that's just not him.'"