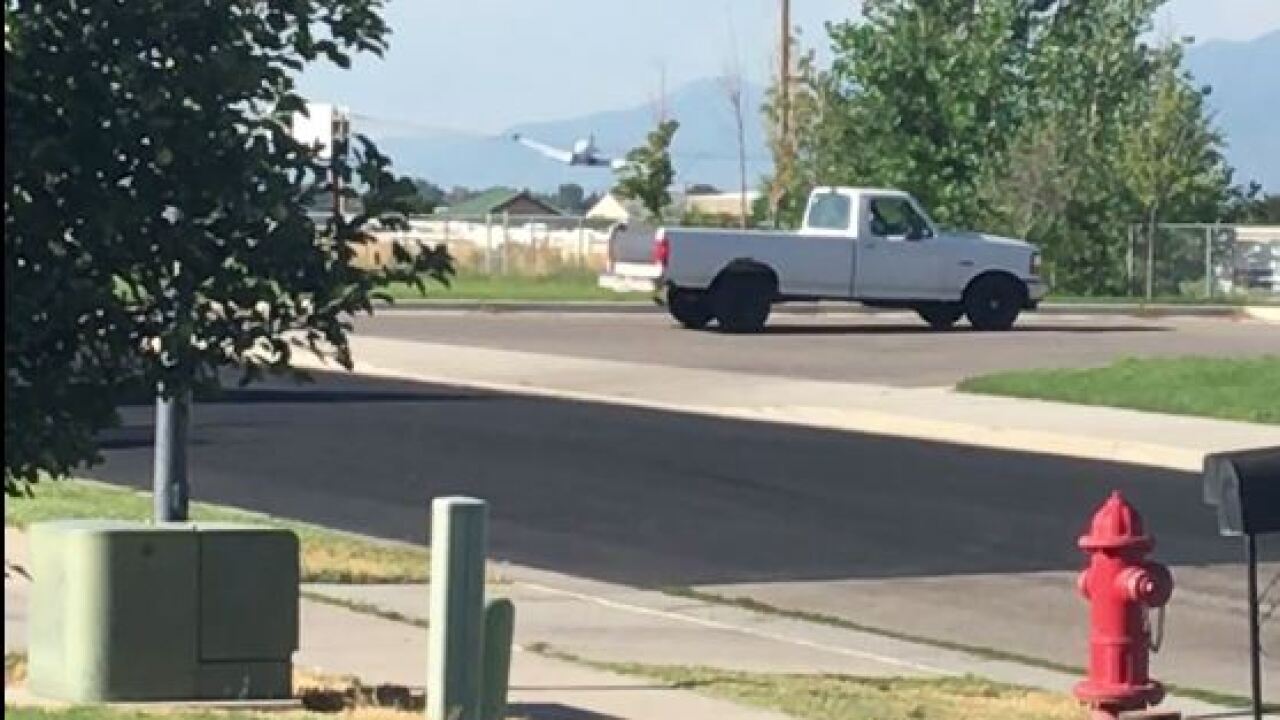 WEST JORDAN, Utah -- Two of the four people aboard a small airplane that hit a power line and then the ground in West Jordan Friday night were taken to hospitals.

The small aircraft with four men on board had departed from the nearby South Valley Regional Airport but was returning to the airport for an unknown reason.

"I heard a really loud noise, like an engine or something, and I look out and there’s a plane maybe 30, 40 feet in front of me and it’s diving, swooping, and I kind of knew something bad was gonna happen," Hart said.

Hart witnessed the plan go down from his garage. He captured the moment the plane hit some electrical wires, which was crucial in determining how the plane would crash land.

"The prop hit the lower voltage line below, which started to nose them down to the ground and then the tail hit the high voltage line above and then they slid sideways into the field," said Reed Scharman, Chief Deputy with West Jordan Fire Department.

Hart said he saw a big dirt cloud after the plane crashed in the field.

All four male passengers were reported to be outside of the plane before firefighters arrived on scene. Scharman said the 38-year-old pilot and a 28-year-old passenger were taken to the hospital, and that the pilot suffered the most serious injuries.

The other two passengers, men ages 38 and 50, were able to walk away from the crash.

"Pilots have told me over the years, anything you can get away from is a good landing, wherever it happens to be," Scharman said.

The FAA and NTSB will be investigating how and why the plane crashed. There was no fire or fuel spill. The only impact to the area was a brief power outage from the plane hitting the wires.

Fox 13 News has reached out to authorities for more information and has a crew at the scene. Watch News at Nine Friday for the latest on this developing story.