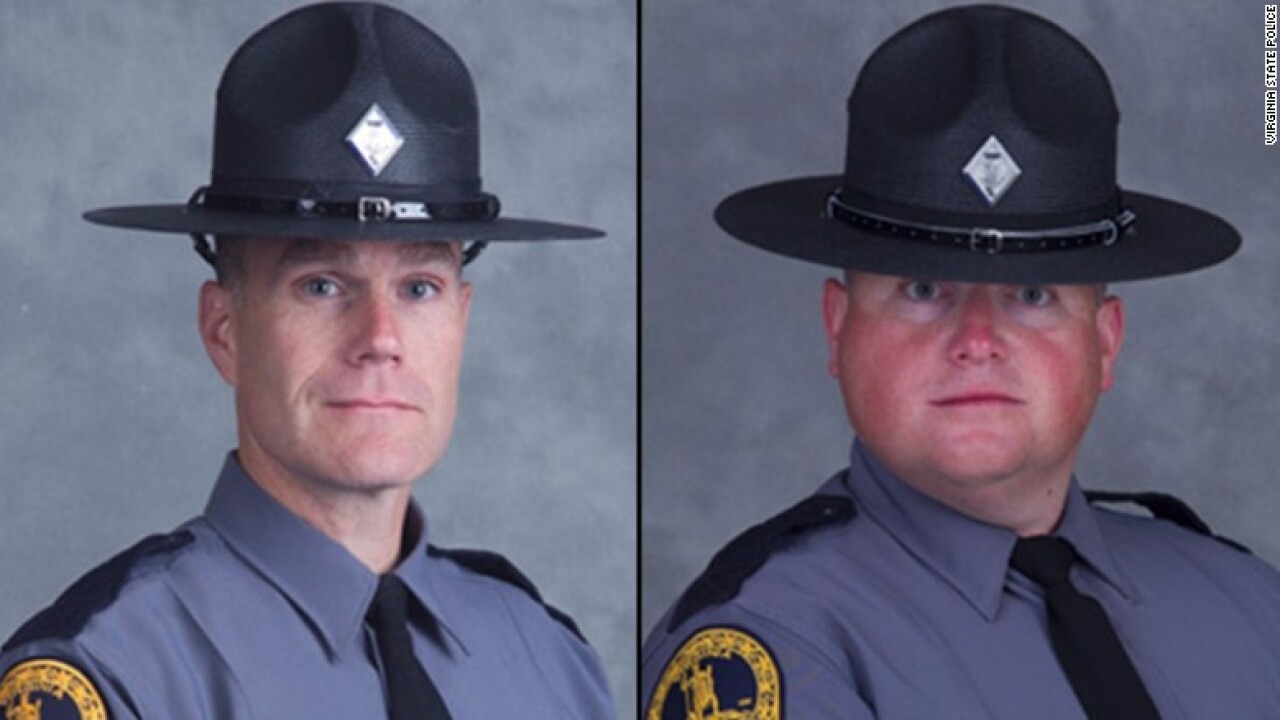 One was a veteran law enforcement officer with more than two decades as a Virginia state trooper. The other was a pilot who transferred to the state police aviation unit last month and was one day away from his 41st birthday.

Both Virginia State Police troopers died Saturday when their police helicopter crashed and burned in Charlottesville, as they patrolled near the site of clashes between white nationalists and counterprotesters.

Their helicopter was “assisting public safety resources with the ongoing situation in Charlottesville,” according to a police statement.

The aircraft crashed in a wooded area near a residence just before 5 p.m. No one on the ground was injured, and officials are still investigating the cause of the crash.

Virginia Gov. Terry McAuliffe said he and the first lady considered both men their close friends. He said they were “deeply saddened” by the deaths.

“Jay has flown us across the commonwealth for more than three and a half years,” McAuliffe said in a statement. “Berke was devoted to our entire family as part of our Executive Protection Unit team for the past three years.

“This is a devastating loss for their families, the Virginia State Police, and the entire commonwealth,” McAuliffe said. “These heroes were a part of our family and we are simply heartbroken.”

“Deepest condolences to the families & fellow officers of the VA State Police who died today. You’re all among the best this nation produces,” Trump tweeted.

The helicopter went down close to where right-wing groups and counterprotesters converged Friday night and Saturday.

The “Unite the Right” rally included white nationalist and other far-right groups protesting Charlottesville’s plan to remove relics of its Confederate past, such as a statue of Confederate Gen. Robert E. Lee. More protesters gathered to rally against the right-wing demonstrators.

A car plowed into a group of the counterprotesters Saturday, killing a 32-year-old woman and leaving 19 others hurt. Police took a man into custody as the subject of a homicide investigation, Charlottesville Police Chief Al Thomas said.

While the name of the victim had not been released Saturday night, police identified the suspect arrested in the car-ramming incident as James Alex Fields Jr., 20, of Maumee, Ohio.

McAuliffe said at a news conference earlier in the day that three people had died, apparently a reference to the woman who died in the car crash and the two victims of the helicopter crash.

The governor, who had earlier declared a state of emergency, urged the right-wing groups to leave Charlottesville.

“Go home,” he said. “You are not wanted in this great commonwealth. Shame on you.”