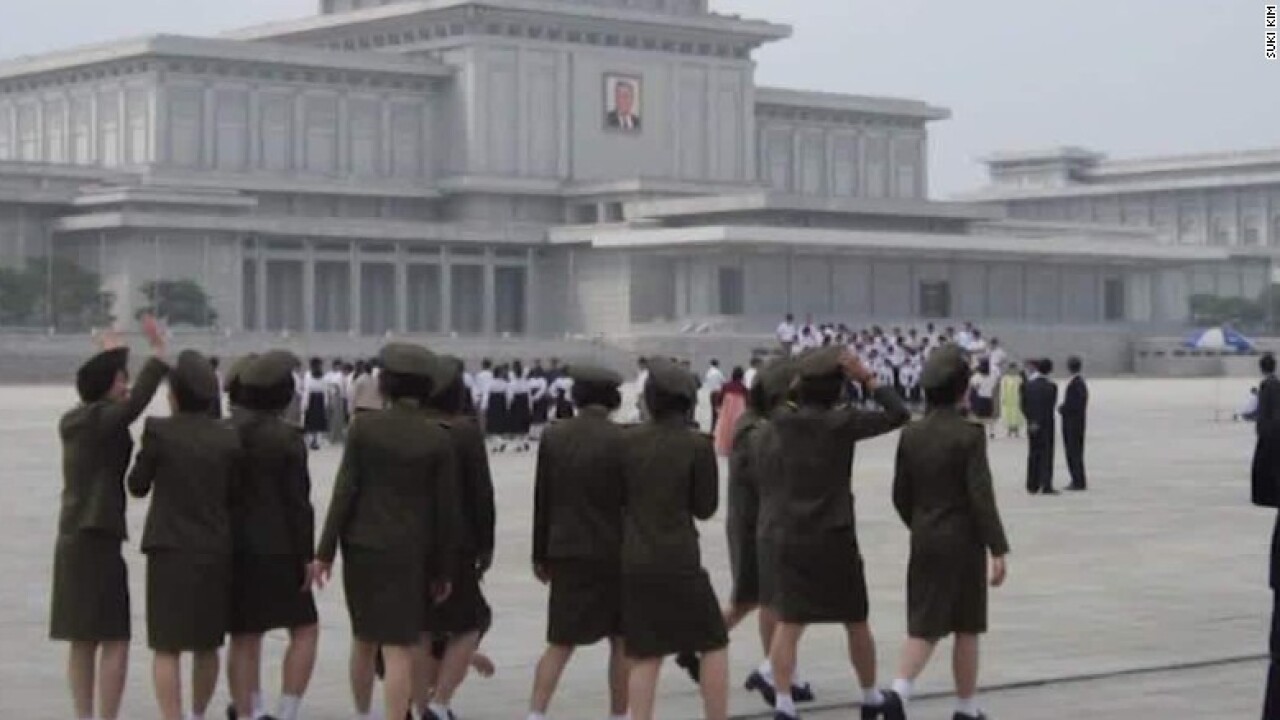 (CNN) — North Koreans are raised to be soldiers and “have no ounce of freedom,” a journalist who lived undercover in the reclusive nation told CNN.

“Their lives were completely mapped out according to the great leader,” said Suki Kim, who spent six months undercover in North Korea in 2011. “Any information from outside is forbidden and not shown to them in any way. It’s really a system of absolute control.”

Kim’s insights come as President Donald Trump this week waded into a battle of threats with North Korean leader Kim Jong Un, whose military leaders threatened to launch missiles at Guam, a US territory where the United States maintains two key military bases.

Kim, author of “Without You There Is No Us,” posed as a missionary and a teacher at Pyongyang University of Science and Technology. She taught English to the sons of North Korea’s ruling class, children expected to be the regime’s future leaders.

Speaking with CNN’s Christie Paul, she described the complex psychology of people there “being really lovely and absolutely human” but living in a bubble, emotionally and intellectually isolated.

“To try to understand North Korea, it’s basically a cult of the great leader,” she said. “It’s a military dictatorship with one of the largest armies in the world and also it’s a place where communication is blocked.”

“If you block the rest of the world from your country entirely, then how can you actually have information to teach people that other things exist?”

Kim described how computer majors in the university didn’t even know the Internet existed and how her students had to attend weekly meetings to report on each other, “so there’s a surveillance system.”

She described a system set up solely to serve the country’s leader, in which citizens have access to only one newspaper and one television station dedicated to teaching them about their leader. She said they don’t travel inside or outside of their country, giving them little time or access to think about anything else but their leader and therefore conditioning them.

“The country is nothing like we’ve seen before. It’s a nuclear power that is also absolutely enslaving its citizens for the sake of this really one-man nation.”

“It’s a devastating problem that a world like this exists in this time of our history,” she said.

“It’s the saddest place in the world.”