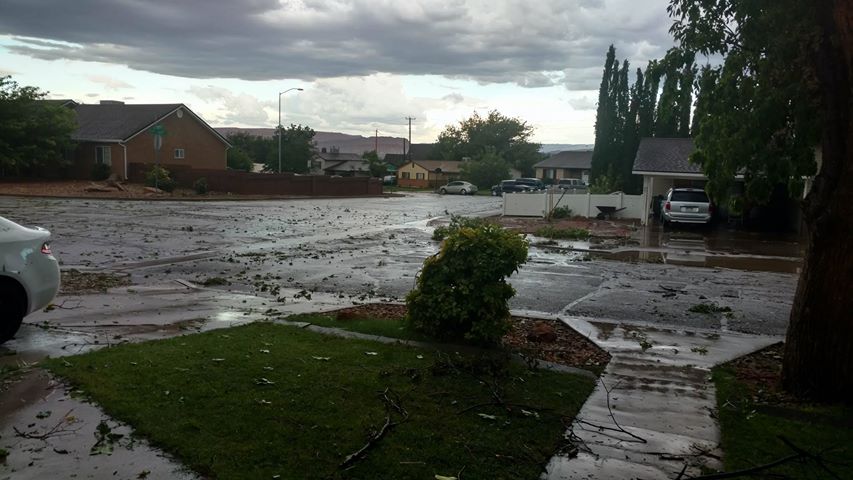 According to St. George News, the storms moved in to the area around 7 p.m. Saturday, and shortly afterward emergency services received numerous calls reporting damage.

“Probably had 30 different calls for service all at the same time,” St. George Fire Battalion Chief Darren Imlay told St. George News, “though, fortuitously, none of those calls were to report injuries.

“It mostly hit the north end of town,” Imlay said of the storm, adding that the brunt of it hit the northeast side of the city.

Several trees were knocked down, and while no power poles fell several tipping during the storm. Water flooded the road near 2450 East and 350 North, and water seeped into a nearby housing complex. A resident tells St. George news that, fortunately, the water did not cause any severe damage.

Visit St. George News for more on this story.