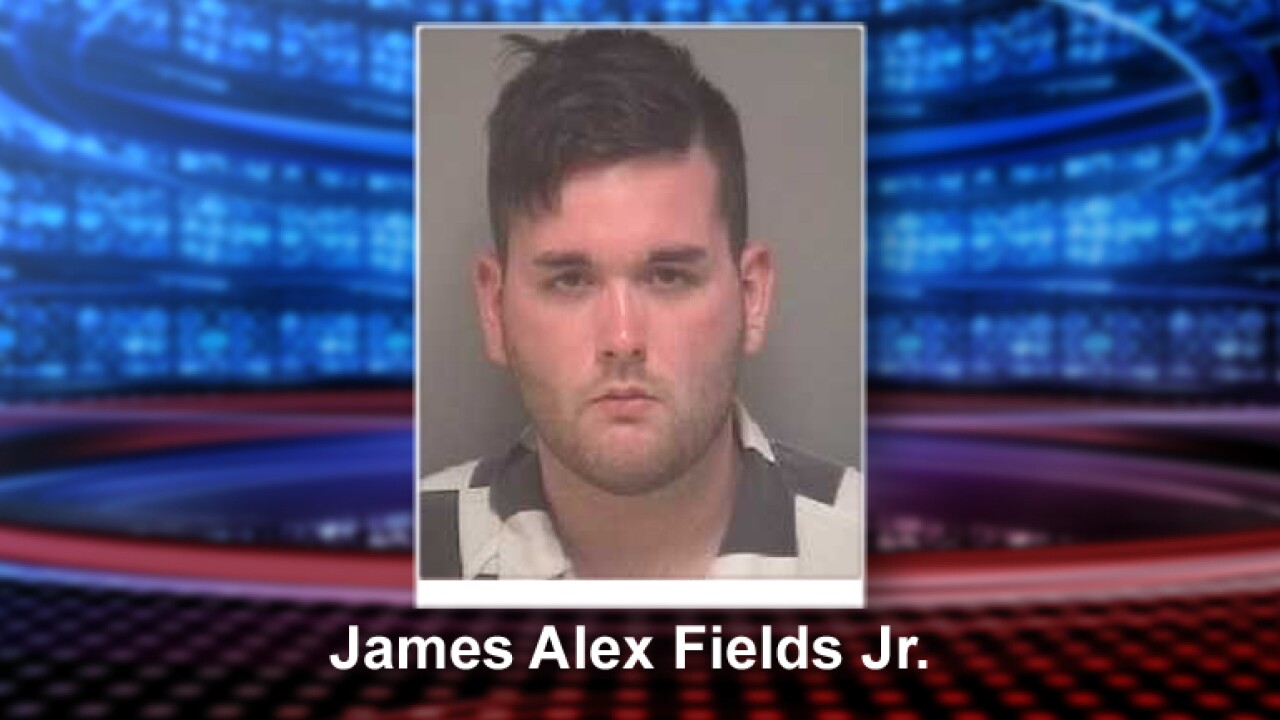 CHARLOTTESVILLE — The suspect being held in a Virginia jail in connection with a deadly crash near a scheduled rally of white nationalists holds extreme values, one of his former teachers told CNN on Sunday.

James Alex Fields Jr., 20, of Maumee, Ohio, is accused of running his Dodge Challenger into a crowd of people, killing a 32-year-old woman and injuring at least 19 others.

His mother, Samantha Bloom, told the Toledo Blade that she didn’t know her son was going to Virginia for a white nationalist rally. She thought it was a pro-Trump event.

She told the Blade she didn’t discuss politics with her son.

But James Fields purportedly had some discussions with a teacher at the high school he attended in Union, Kentucky, where Fields and his mother lived until moving to Ohio.

“It was quite clear he had some really extreme views and maybe a little bit of anger behind them,” Weimer said. “Feeling, what’s the word I’m looking for, oppressed or persecuted. He really bought into this white supremacist thing. He was very big into Nazism. He really had a fondness for Adolf Hitler.”

Weimer said he had Fields in classes when the young man was a junior and a senior. They built a good rapport and could discuss topics without the student getting angry, Weimer said.

“I took every opportunity I could to really separate him from that garbage and [he and other teachers] weren’t successful,” Weimer said.

Principal Mike Wilson said he remembered Fields as a quiet and reserved student who graduated in 2015.

In August of that year, Fields was inducted into the Army but he left active duty in December 2015. A spokeswoman for the Army said he failed to meet training standards.

“As a result he was never awarded a military occupational skill nor was he assigned to a unit outside of basic training,” Lt. Col. Jennifer Johnson said.

Fields will make his initial court appearance Monday morning via a video link from jail. A judge will determine whether he will be granted bail.

Fields is being held on suspicion of second-degree murder, malicious wounding and failure to stop in an accident that resulted in death. It is unclear whether he has an attorney.

Heather Heyer, a paralegal from Charlottesville, was killed Saturday when a car rammed a crowd of counterprotesters gathered to oppose a “Unite the Right” rally of white nationalist and other right-wing groups.

Charlottesville Police Chief Al Thomas said the suspect was taken into custody not far from the crash site.

“What the world saw today is not the place Charlottesville is,” Thomas said of the violence that preceded the scheduled rally. “We love our city. Let us heal. This is not our story. Outsiders do not tell our story. We will tell our own story.”

Police said only that the crash is under investigation and have not commented on specific aspects of the crash.

A former neighbor told CNN Fields lives with his mother and his car was parked in the driveway so much she and her parents thought Fields didn’t work. Fields and his mother kept to themselves, said the woman, who gave only her first name of Emily.