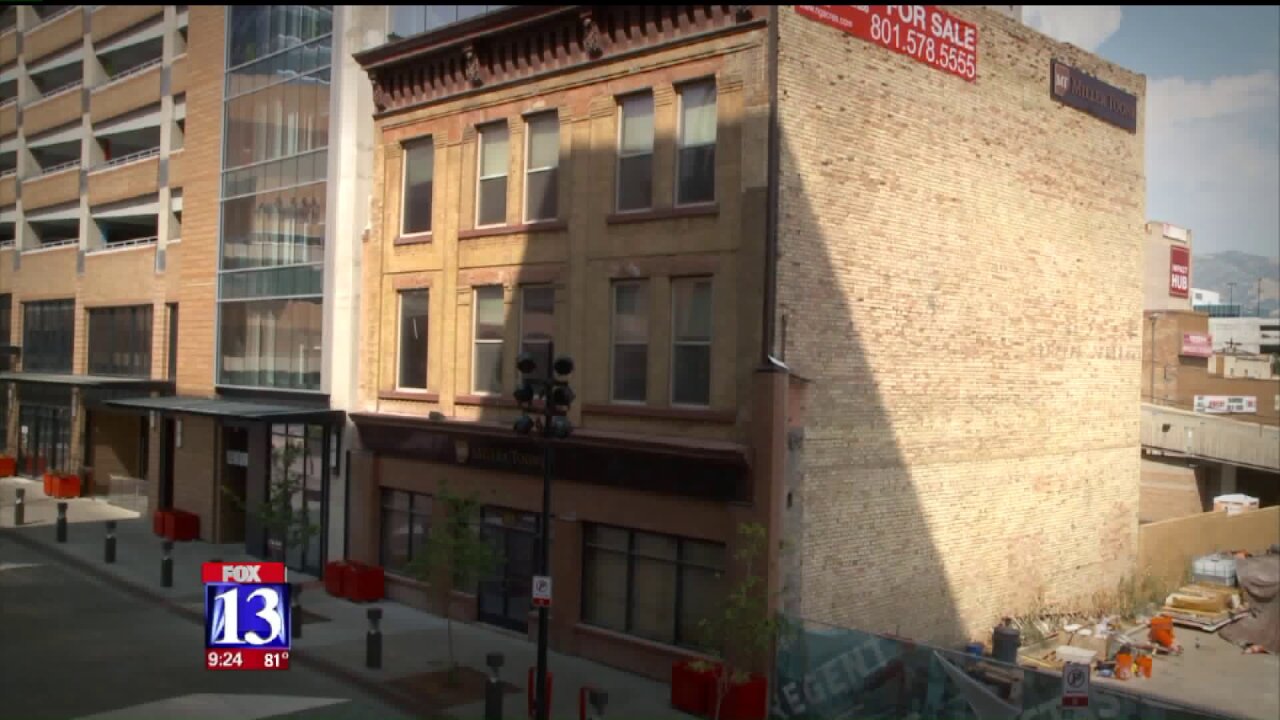 At 165 South is a sturdy brick building, constructed in the first years of the 20th century. Then, Regent Street was known as Commercial Street, Salt Lake City’s rowdy red light district.

“It was really the first street to break up these big blocks, so it created a very different street environment back here,” said Roger Roper, Deputy Preservation Officer for the Utah State Historical Society.

The building at 165 South originally had a cigar factory on the street level. The two upper floors had common areas, or parlors, surrounded by smaller rooms where prostitution took place.

“That was the standard model back then, to have a legitimate commercial business on the main floor," Roper said. "Maybe it's a restaurant, maybe it's a bar, something like that, and then the upper floors were for the brothel."

Prostitution was often tolerated in American cities in the late 1800s and early 1900s, and Salt Lake City was no exception.

Many women who lived and worked on Commercial Street paid small monthly fees to the city, which recorded their addresses and identities in records as “female boarders.” Roper says the fees benefited the city's budget and functioned as unofficial licenses for the women, serving as reminders the law was aware of their presence.

As decades have passed, all of the buildings which housed questionable businesses and “female boarders” have met with the wrecking ball, except for the one at 165 South, which is now for sale. The asking price: $2.5 million.

“It’s a rare opportunity to own a piece of downtown, right on the street,” said Commercial Real Estate Agent John Taylor, the listing agent.

He says some prospective buyers are toying with turning the space into a restaurant or a nightclub. The building is, after all, a short walk from many of the city’s newest attractions.

Refurbished Regent Street is now bright and welcoming, with pedestrian traffic passing from the Gallivan Center to City Creek, the Eccles Theater, and other destinations.

This past year, developers had considered buying the old brothel, which was used as a law office in recent decades, and incorporating it into a proposed hotel property that would include a 20-story tower. But those plans seem to have fallen through.

For history lovers like Roper, it may be a win. Perhaps the next owners of 165 Regent won’t rework or remodel the building significantly. It’s original floor plan is still fairly intact, in spite of obvious upgrades over time.

“I think it’s important to see this and understand the lessons that go along with it. And part of the lesson is if you’re a woman of that time period and you haven't had a chance to get an education, and perhaps marriage didn't work out, what were your options for a job? Where could you even live?” Roper said, adding “You always hear the cliché of 'if walls could talk,' and I'm sure there was a lot of liveliness here, and a lot of sadness. And I don't think we'll ever know the depths of either."