Virginia governor on white nationalists: They should leave America 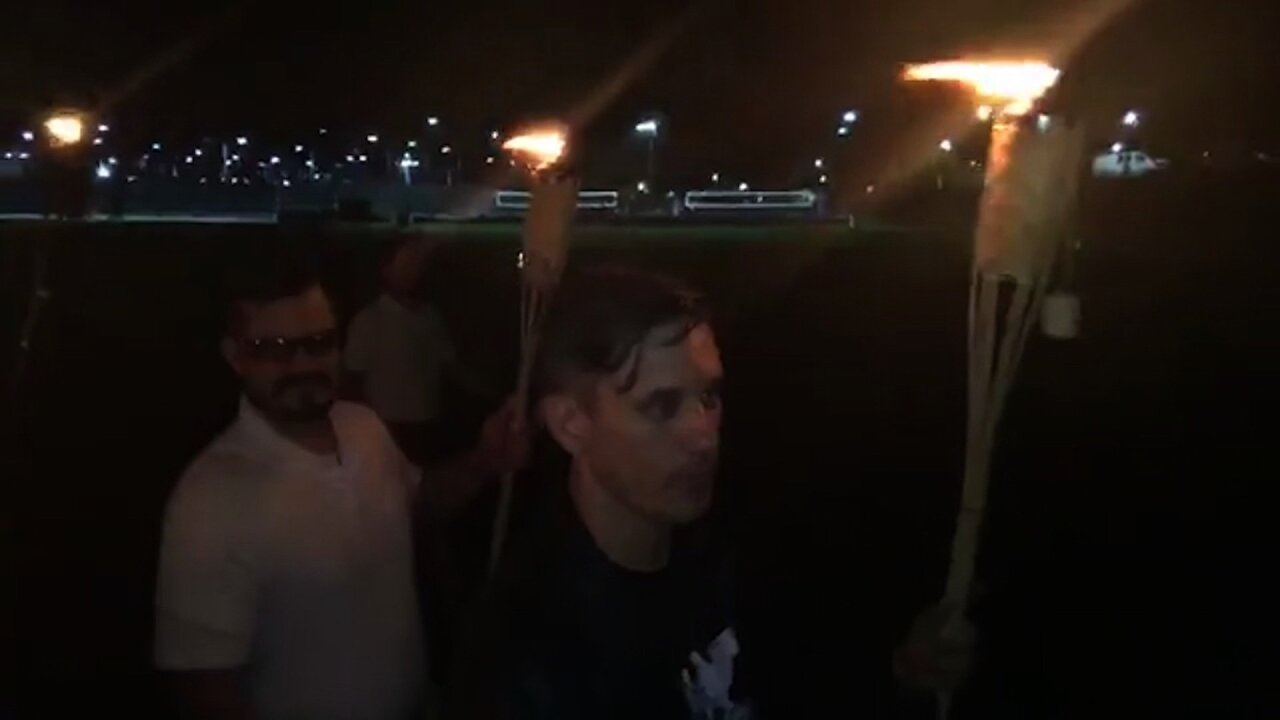 A group of alt-right activists marched through the University of Virginia campus in Charlottesville, chanting “blood and soil” and “one people, one nation, end immigration.”

Virginia Gov. Terry McAuliffe, speaking Sunday at a prayer rally in Charlottesville, renewed his calls for white supremacists to leave the city in the wake of violence that saw one person killed and troopers assigned to the governor’s travel detail killed in a helicopter crash.

McAuliffe denounced the people who had come to this college town for a “Unite the Right” rally, saying they weren’t the patriots they make themselves out to be.

“They get out of bed every day to hate people and divide our country,” McAuliffe said.

On Saturday, McAuliffe told the demonstrators to go home. On Sunday he went further.

“Let’s be honest, they need to leave America, because they are not Americans,” he said.

Earlier, rally organizer Jason Kessler blamed law enforcement officers for the violence over the weekend in which a woman was killed and more than 30 people were injured.

He then tried to give a news conference at city hall but was chased away by counterprotesters, who all but drowned him out as he tried to speak.

McAuliffe said he had just visited with the families of the two state troopers — one his pilot, the other a member of his protection detail — who were killed in a helicopter crash Saturday as they helped monitor the situation in Charlottesville.

The governor also praised Heather Heyer, a 32-year-old woman who was killed Saturday when a car slammed into a crowd of counterprotesters.

“She was dong what she loved,” McAuliffe said. “She was fighting for democracy, free speech to stop hatred and bigotry.”

Messages from the pulpit

Earlier the governor joined other state leaders to preach about unity at a historically black church in Charlottesville.

“That’s not what we’re about. So I am here this morning, as your lieutenant governor, and also as a doctor, to start the healing process.”

Less than 24 hours had passed since a driver plowed into demonstrators protesting against white nationalists in Charlottesville.

McAuliffe asked the congregation for a moment of silence to honor Heyer and the troopers, “who lost their lives yesterday doing what they loved doing — fighting for freedom.”

“I feel right at home here at the Mount Zion church,” the governor said. “I was invited today to go on a lot of TV shows. I turned them all down, because I needed to be where I should be, here in this beautiful church here today.”

The racial divides that fueled Saturday’s violence were replaced by unity Sunday as one white elected official after another received standing ovations from the black congregation at Mount Zion.

“We will get through this stronger than we were yesterday,” Charlottesville Mayor Michael Signer told the crowd.

Here’s the latest on what happened, the victims, the suspect and the investigation: