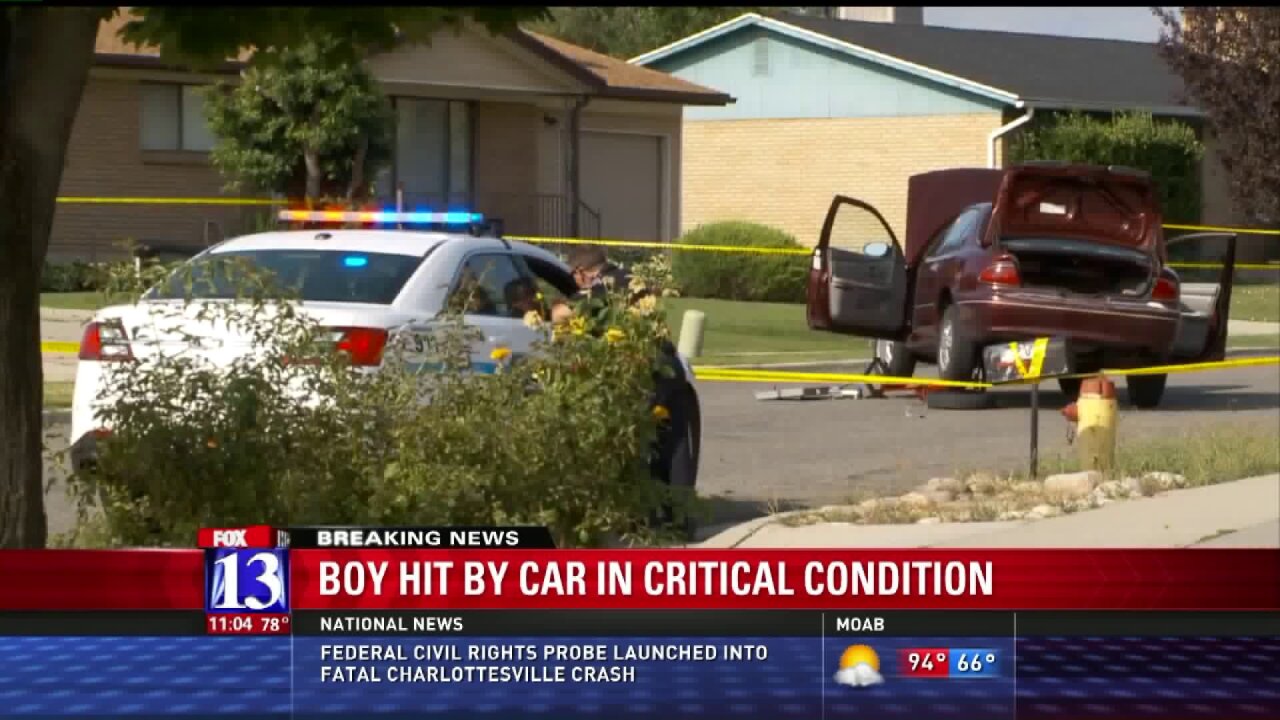 WEST VALLEY CITY, Utah — A 12-year-old boy is recovering at the hospital after he was hit by a car Monday morning.

It happened near 4200 W Deno Drive, where Lynn Green lives with his wife.

Around 9 a.m. Monday, there was some commotion outside Green's front door.

“My wife heard some yelling and I looked out and she says 'there’s someone under the car' so she called 911,” says Green.

Police said a man backed out of his driveway and hit a 12-year-old boy.

He was trapped under the car, so Green jumped into action and grabbed his jack.

“[I] helped lift the car off the kid and the father was distraught,” says Green.

Green said the father was yelling ‘that’s my son’ and the driver, who’s been cooperating with police, was clearly upset. The fire department arrived and was able to get the boy out from underneath the car.

“It looked like he was laying on his stomach. There was some blood on the back of his head but he moved,” says Green.

The boy was rushed to Primary Children’s Medical Center. His injuries were critical initially, but his condition has been upgraded to stable. Thankfully, what could’ve been a tragedy turned into a cautionary tale.

“It’s not worth hurting a kid,” Green said.

No word if the driver will be facing any charges, but at this point, police have indicated that it looks like a horrible accident.