Ride along with UHP for ‘Operation Rio Grande’ 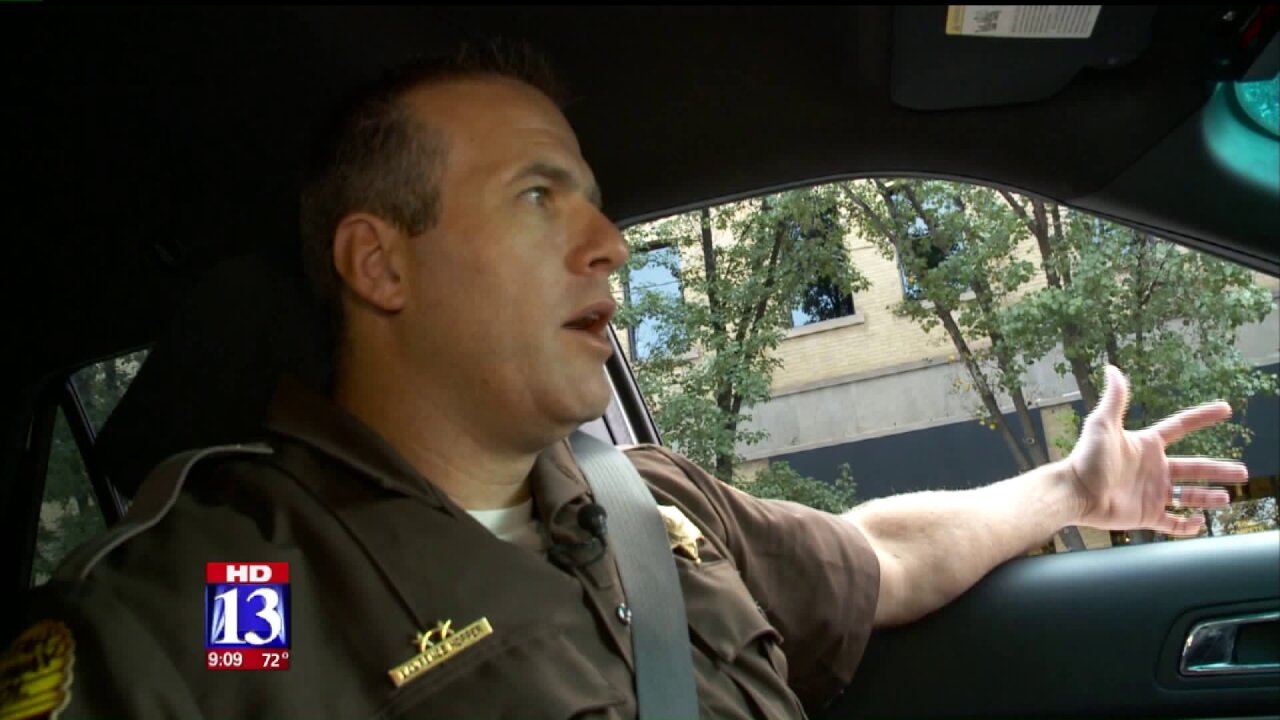 SALT LAKE CITY — Day two of Operation Rio Grande in downtown Salt Lake City is in the books. It's a coordinated effort of several law enforcement agencies cracking down on criminal activity in hopes of helping the homeless.

Patrolling the streets of the Rio Grande district has not been the norm for UHP trooper Lawrence Hopper, but it is now.

UHP is joining forces with Salt Lake City Police, Unified Police, and Adult Probation and Parole. They'll be out 24/7 for phase one of Operation Rio Grande, aimed at cracking down on criminals, which they say is a lot different than cracking down on the homeless.

"That is not what we’re here for. We’re here to crack down on the drug dealing, the drug use, and help the homeless if they choose to accept our help," Hopper said.

Part of patrolling is being available for tips, like the one Trooper Hopper got Monday morning from a nearby property manager.

"There’s some people in this red car at the very end of the building that look like they’re doing something suspicious," Hopper said as he investigated one such tip.

When Hopper approached, there was a man and woman inside the car. The male had a lighter in his hand with a piece of foil and burned residue.

"Obviously they were both using drugs," Hopper said.

In a day's time, the effectiveness of the operation is clear to see. LA few weeks ago, 500 West was lined with tents and people. Compare that to Tuesday, where the streets are mostly empty, lined with trash and the remnants of what was a life on the streets.

"This is weird to see this. I like it though and it gives me hope," Hopper said.

The hope is that this will become the new normal for downtown Salt Lake City.

Phase one of Operation Rio Grande is public safety and phase two is assessment and treatment. State officials have committed to an increased presence of law enforcement for at least another two years.