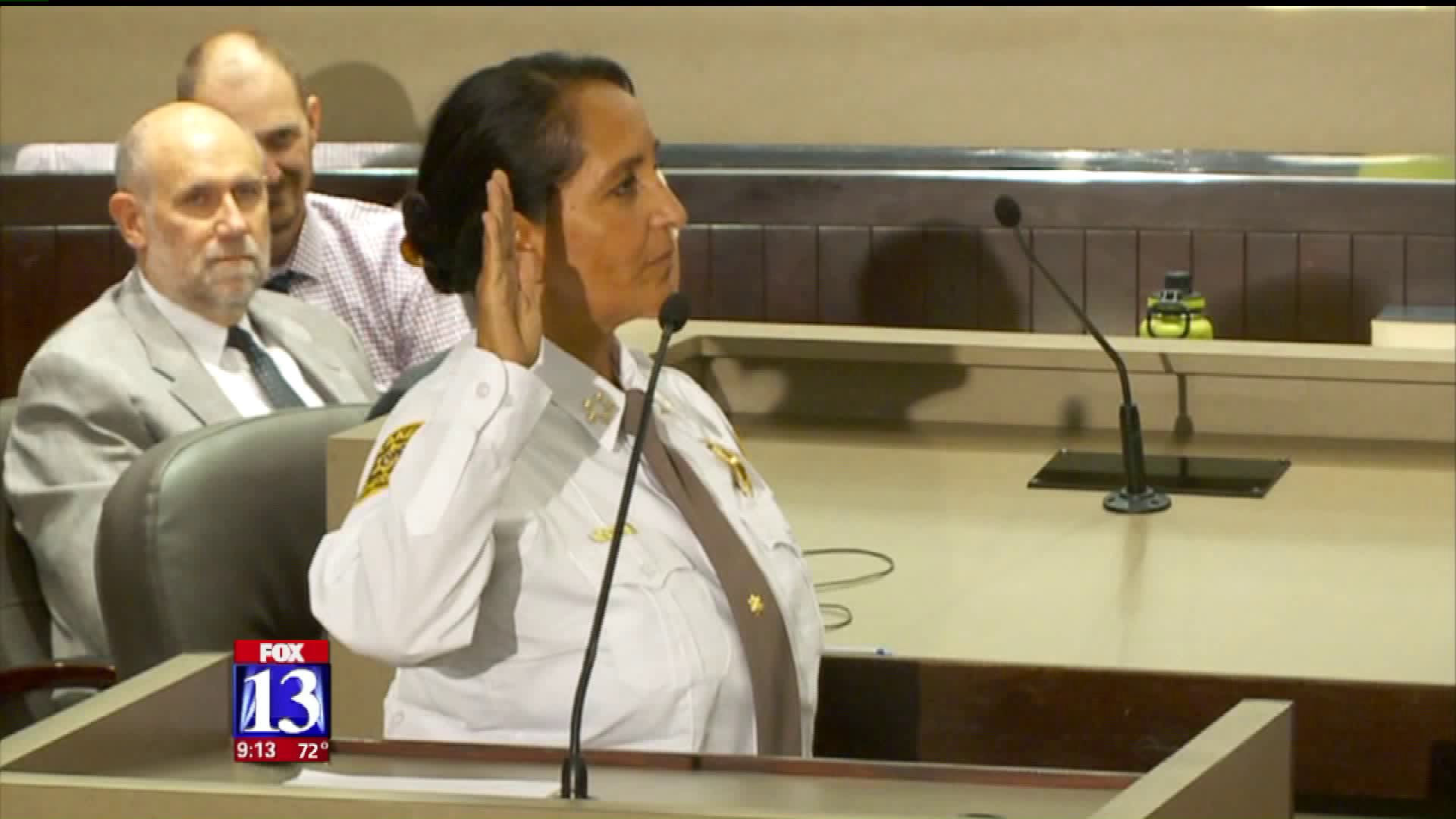 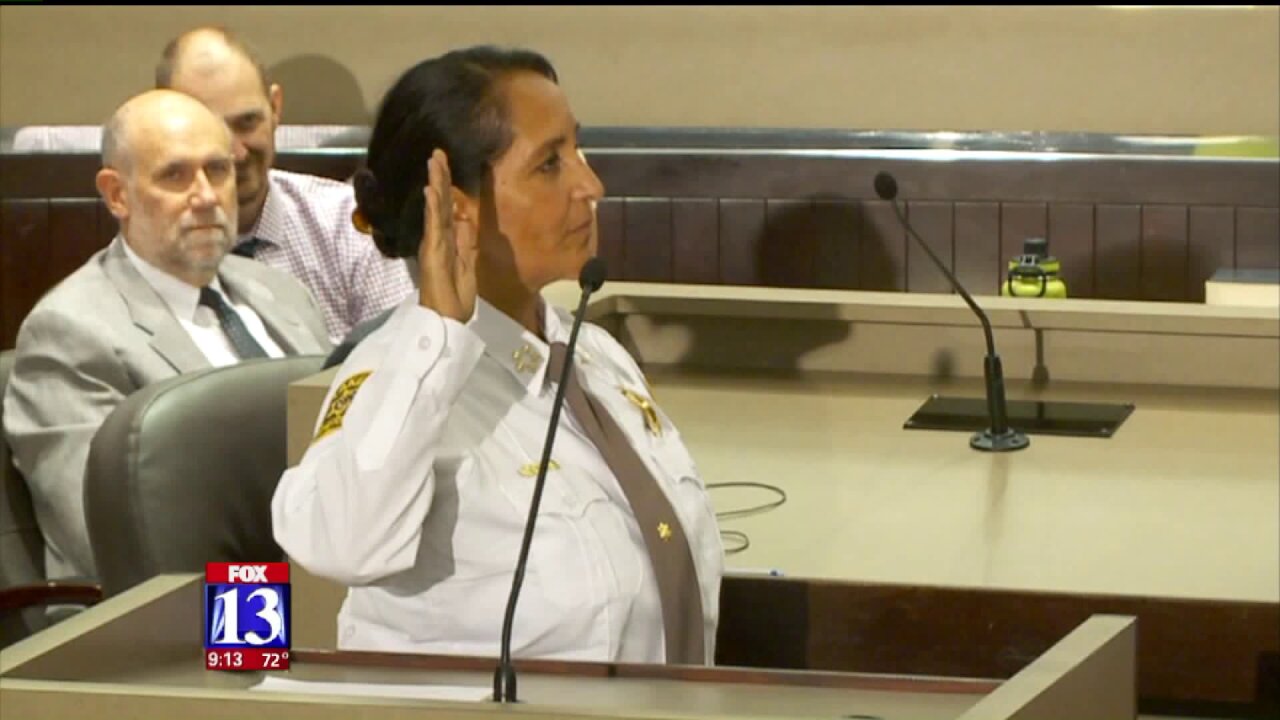 Minutes after being sworn into office, Rivera gave some insight into her priorities.

“I’d like to start focusing on such as diversity within law enforcement. Also domestic violence laws," Rivera said.

She also talked about extending community policing to the jail.

“More focus on community policing through the Office of the Sheriff… even in the jail we want to get to know who we are dealing with and try to find the best ways to help those folks, that we don’t have a revolving door at the jail," Rivera said.

She faces a tight timeline to make changes.  In November of 2018, she’ll have to run in an open election to retain the seat as Salt Lake County Sheriff.

Rivera says she hopes to coordinate with local leaders on various issues, like the current problems in Salt Lake City's Rio Grande district.

“I also want to work with the leaders of, you know, the county council, the state legislature because there are many, many things that we have to deal with," Rivera said. "Right now it is jail beds and the homeless, but next week it could be something else... The violent crime has shot up in the last couple of weeks: We together need to address it, it can’t just be a law enforcement problem."

Rivera said she also wants to focus on transparency and engaging with the community so citizens "know the issues we're dealing with and they become a part of our solutions. It's all about problem solving to keep everyone safe."

According to a candidate biography provided ahead of the election, Rivera has been a police officer for 24 years and previously served as the Unified Police Department's Deputy Chief before becoming Chief of Police Services in Riverton City.

Rivera has also worked for Weber State College, Salt Lake County Sheriff's Office and the Taylorsville Police Department during her career. During that time she has worked assignments in patrol, community policing, gang investigations, media relations and watch command as well as serving as a public information officer and an Executive Lieutenant.