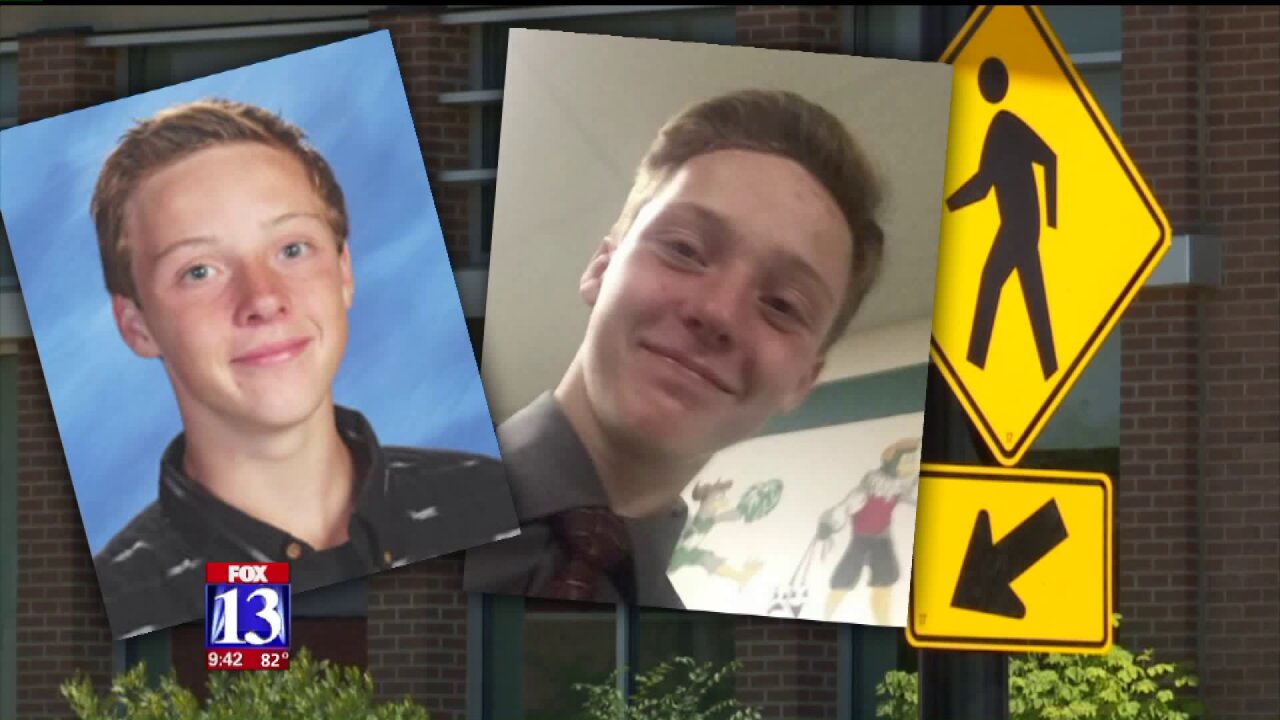 SYRACUSE, Utah -- A family is not satisfied with a new advanced crosswalk installed in Syracuse at 1450 South and 2000 West. Dakota Kilburn, 14, was killed there in April when he crossed the street with his friends.

Two drivers ran over him, and he later died from his injuries at the hospital.

His parents have been advocating for a pedestrian bridge over that road to make it safe for children. Both Syracuse Junior High and Syracuse Elementary School are along that street.

The new advanced crosswalk has a system that turns on red flashing lights when a pedestrian pushes a button to cross the street. The flashing lights activate and flash until the person has reached the other side of the road.

The Utah Department of Transportation said the new crosswalk was not in response to Kilburn’s death, but instead a project decision that was made in 2015 to widen the road.

“I’m not happy with it at all,” said Kilburn’s father, Burke Kilburn. “To be honest with you, right from the start of this whole thing, even a bridge was nothing but a Band-Aid on the real issue at hand, which is technology, driving and distraction.”

Even more than the pedestrian bridge, Kilburn now wants to institute harsher punishments for distracted drivers. He believes that will save lives at the crosswalk where his son was killed as well as at crosswalks across the state.

“I think the new lighting signal is just a matter of time, I hate to say that, I really do," he said. "I don’t think drivers pay attention to see it, and I think somebody is going to miss it, and when somebody misses it, it will be when someone is in the intersection.”

UDOT spokesperson Vic Saunders said UDOT has discussed a pedestrian bridge with the Kilburn family, but before they can discuss its feasibility they need more information, including the police investigation report from that night in April.

“As we get the additional information we need, then we can make that assessment and determine if that would be viable at this location," Saunders said.

The new crosswalk system will be activated Friday at 8 p.m.