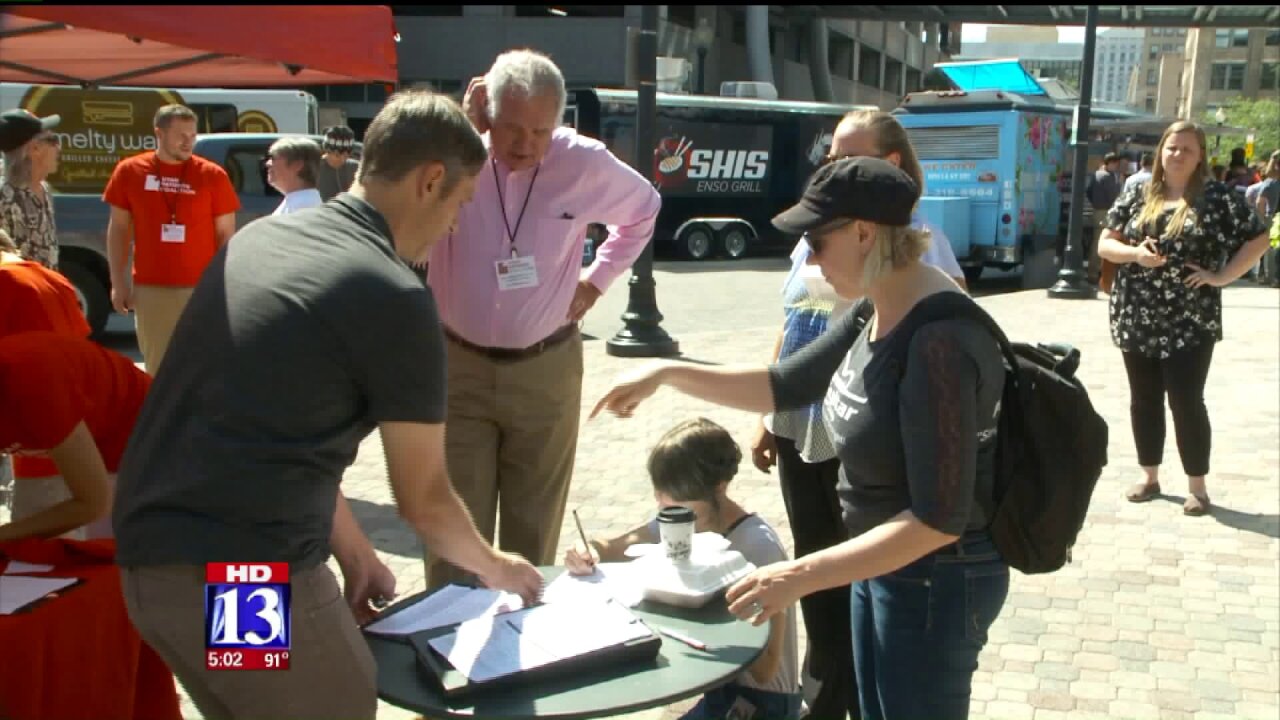 SALT LAKE CITY -- Signature gathering is under way to put medical marijuana on the 2018 ballot in Utah.

As people waited in line for lunch at the popular "Food Truck Thursday" event at the Gallivan Center, volunteers with the Utah Patients Coalition hit them up to sign in support of putting the issue before voters in the 2018 election.

Some of those soliciting signatures are those who would benefit if medical cannabis were legalized in Utah.

"I did the illegal thing. I went to Colorado and got what I needed," said Scott Kingsbury, who has arthritis. "Personally, I’m off of five of six prescription medicines and, personally, I think it’s a matter of freedom. It’s a matter of choosing what I want to put in my body."

A man signs in support of the medical marijuana ballot initiative during Food Truck Thursday at the Gallivan Center. (Photo by Ben Winslow, FOX 13 News)

DJ Schanz, the director of the Utah Patients Coalition, said they have not lacked for volunteers with this issue. Medical marijuana supporters have been increasingly vocal on Utah's Capitol Hill and launched the ballot initiative frustrated by inaction from the legislature.

However, as the signature gathering effort spreads out across Utah, Schanz said they would hire people to go door-to-door. They must gather 113,000 signatures in 26 of Utah's 29 senate districts. That's roughly 10 percent of every county's population.

Volunteers with the Utah Patients Coalition gather signatures in support of medical marijuana on the 2018 ballot in Utah. (Photo by Ben Winslow, FOX 13 News)

"We’re excited to take this to all of Utah -- rural, Salt Lake City, wherever -- we’ve seen strong support," Schanz said.

State lawmakers have told FOX 13 they are planning more legislation ahead of the 2018 elections to deal with medical marijuana. However, it may not appease medical cannabis backers who don't believe it will be as robust as a voter-approved initiative.