Two injured after pair of motorcycles collide near Duchesne 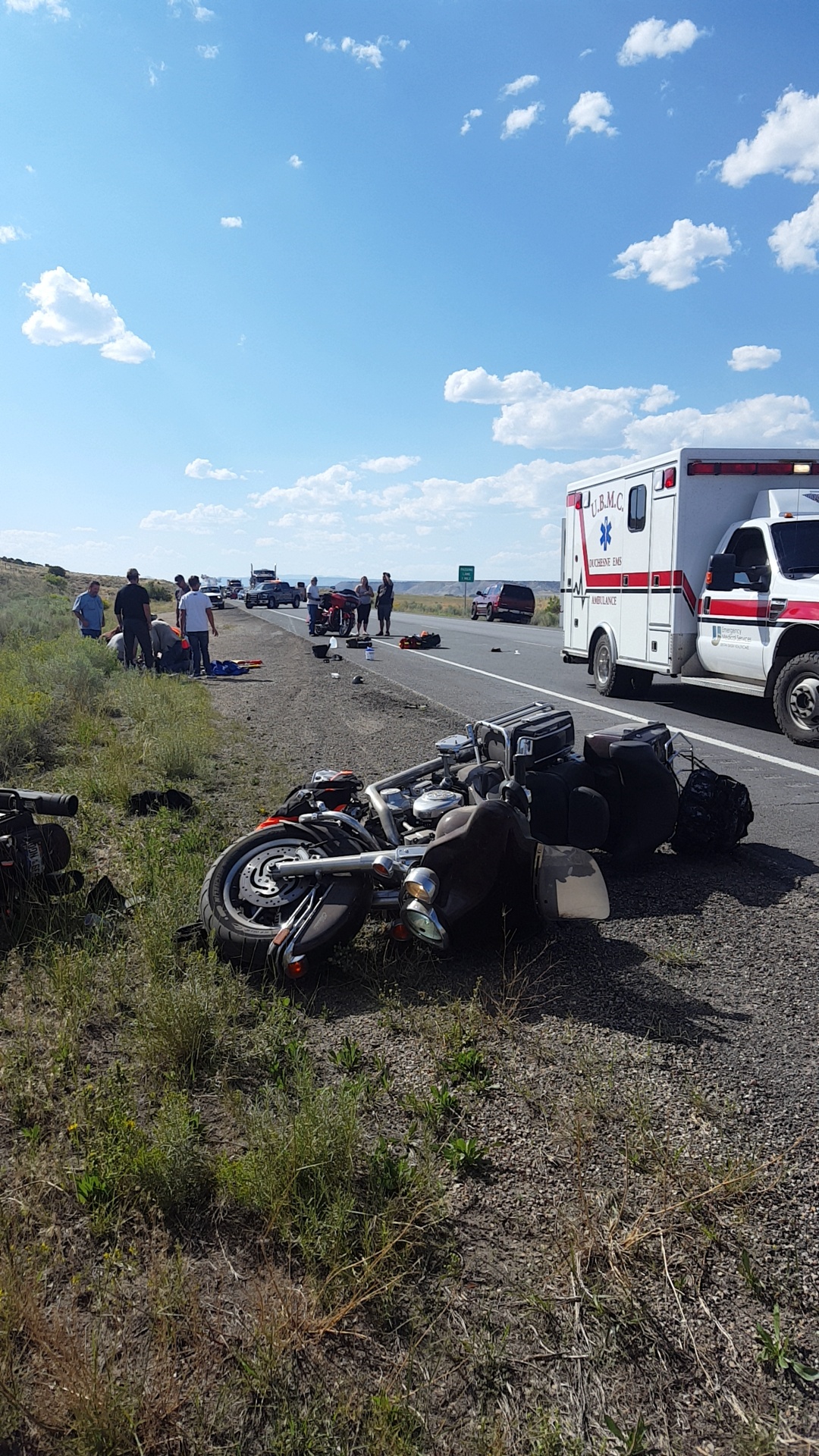 DUCHESNE COUNTY, Utah — Two men were taken to hospitals Friday after a pair of motorcycles collided.

According to the Utah Highway Patrol, two motorcyclists were traveling eastbound on State Route 40 near milepost 93, a few miles east of Duchesne, around 4:15 p.m. Friday.

Witnesses reported seeing one motoryclist traveling too close behind the other before impacting the back tire of the lead bike. The collision caused the men to lose control, and both riders were thrown from their motorcycles.

Mark Rice, 50 of Aurora, Colorado, hit the roadway and suffered a traumatic injury to his head.

Robert Davis, 48 of Parker, Colorado, landed on the shoulder of the road in some gravel, where he suffered severe road rash on his upper extremities and head.