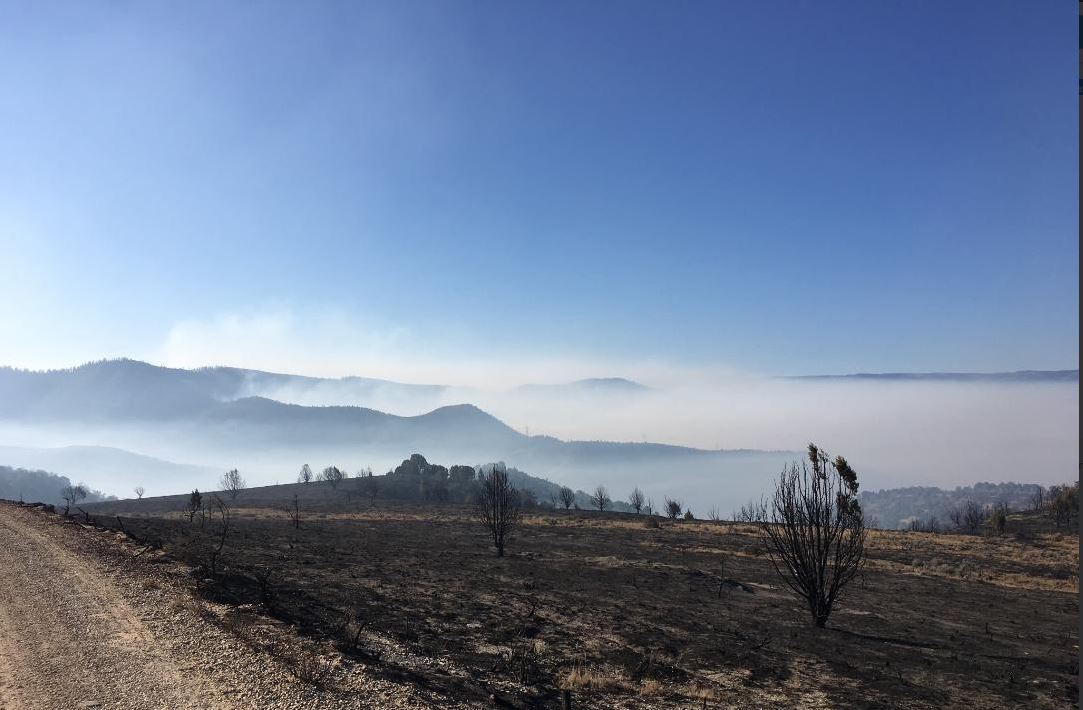 SPANISH FORK CANYON — The Forest Service has closed two camping areas and several forest roads in Spanish Fork Canyon due to the Tank Hollow Fire, which has burned an estimated 2,552 acres and is 40 percent contained as of Sunday.

As of Sunday afternoon the fire is also causing delays on Highway 6 in the area of mile post 203, near the small town of Tucker.

Unicorn Ridge Campground and the Dispersed Camping area are closed due to the fire, as are Forest Roads #032, #761 and #725 (Tie Fork).

Fire officials note that smoke from the Highway 6 corridor is visible, but they urge citizens not to report the fire and not to attempt to extinguish it.

Authorities say the fire has moved into a stand of heavy timber and fire managers are confining the fire to the Sheep Creek watershed. The fire is being suppressed to prevent critical watershed and transmission lines.

The size of the fire was reported at 3,000 acres Saturday, but Sunday officials revised that estimate to 2,552 acres.

There are no reports of evacuations or threatened structures in connection with the fire.

The fire was sparked by lightning August 11. Friday, officials said the fire was being managed to “reduce fuels & improve forest health”, but firefighting efforts became more active Saturday as the blaze spread.