SALT LAKE CITY - Efforts both big and small in Utah are forming to help with Hurricane Harvey relief efforts.

“If everyone does a little bit then that means a lot, especially in times of crisis,” Bentley said.  His little part is organizing a blood drive to support the American Red Cross.  It was already in the works prior to Hurricane Harvey, but it’s taken on new importance.  The blood drive is on Saturday, August 2 at the LDS Ward at 3150 W. Whitehall Drive in West Valley City.

“Every little bit helps,” said Tyson Ruth, a mechanic with Sparks Motors Shop in Woods Cross.  Ruth works with the Diesel Brothers of Discovery Channel fame.  They used their following to ask for donations before loading some semis and hitting the road for Texas on Tuesday morning.

”Granted we’re just small fish in a big pond, every little bit is going to help with the people down in the Houston area,” Ruth said.

On the ground in Texas already, Utah Task Force 1, a specialized group of search and rescuers called into action by the Federal Emergency Management Agency.

“There are dozens and hundreds and thousands of people who have been evacuated and rescued and are either stuck on roofs or stuck in different areas they’re unable to get out of, so that’s the majority of what they’re doing,” said Bret Fossum, the Plans Team Manager for Utah Task Force 1.  The task force is one of twenty-eight across the country FEMA can call in times of disaster.  Fossum said elements of all twenty-eight teams have been called to action and no one knows how long they will be part of the rescue.

“We’ll be here until we are not needed anymore,” Fossum said.

Also on the ground in Texas, a team of doctors and other health care professionals who left from the Salt Lake International Airport Tuesday morning.

"Last I heard there were 22 hospitals that were closed and multiple other hospitals that were in the process of evacuating and that may be part of our mission, is to help move people out of the most severely affected areas and get them to places that are not affected,” said Commander Steve Bott of Utah 1 DMAT Team.

Here is a look at Utah's Task Force 1 in action in Texas on Tuesday, August 29. 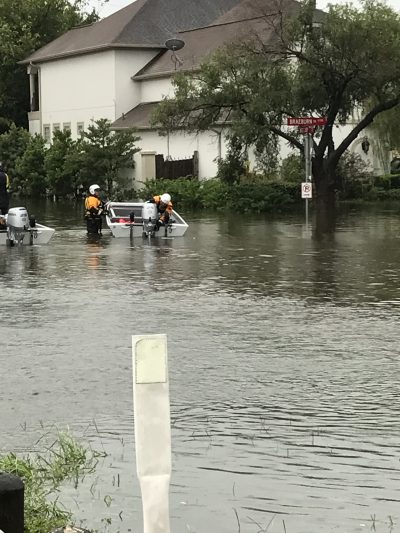