WASHINGTON COUNTY, Utah - A Washington County Sheriff’s Deputy K-9 has been shot in the line of duty during a carjacking and shootout near St. George overnight.

The carjacking suspect was also shot during the incident.

According to the St. George News, a carjacking at a gas station led to a shootout in a Santa Clara neighborhood.

Both the K-9, Tess, and the suspect underwent surgery Wednesday. Later Wednesday afternoon Tess was released from the vet's office and cleared to return home. She is expected to recover fully within about 6 weeks.

The St. George News reported the altercation started when police were called about a man throwing things at the Mira Monte Sinclair Station at 386 N. Bluff St. at about 11 p.m. Tuesday.

Officers said the suspect took a white truck by force, a truck that just happened to have an AR-15 assault rifle in it.

“The result of the crash, I think, disabled that truck to where he couldn’t drive it,” Golding told the St. George News. “So then, he took a second truck, which was very similar – it was a white full-sized truck so, now, the police are looking for a white truck and just coincidentally, he happens to find another white truck.”

The suspect crashed the second truck near 2298 Santa Clara Drive.

“He’s coming up this road, he hits a tree then he bounces off, comes over, takes out a light post and then, basically, went through a garage and ends up in the backyard of the residence here," Golding said.

A carjacking at a St. George gas station late Tuesday night led to a police shootout in a Santa Clara neighborhood that resulted a police K-9 and the carjacking suspect being shot. | Photo by Michael Durrant, St. George News

Officers sent out the K-9, the suspect shot the dog and then officers fired at the suspect, hitting him multiple times in the lower half of his body.

The bullet hit K-9 Tess, a 7-year-old Belgium Malinois handled by Deputy Mike Graf, going in her mouth and out her neck.

She was taken to a local vet who decided it would be best for Tess to be flown to an expert in Las Vegas to undergo treatment.

In a gracious act, the Las Vegas K-9 unit agreed to shut down a busy Las Vegas intersection so Tess' helicopter could land directly in front of the clinic.

Later Wednesday, the sheriff's office stated that Tess had been released from the vet and was cleared to return home with her handler. She is expected to make a full recovery within 6 weeks.

A GoFundMe page has been established to assist with the costs of Tess' medical care.

Donations can also be sent directly to the Washington County Sheriff's Office. Such donations should specify they are for the "Sheriffs Deputy K9 Donation", which is a trust account already established for donors to the department's K9 program.

The St. George News reported the suspect is a man in his 50s, possibly from Hurricane, Utah.

His identity has not been released at this time.

K-9 Tess was the second dog to join the Washington County Sheriff’s K-9 unit back in 2014. 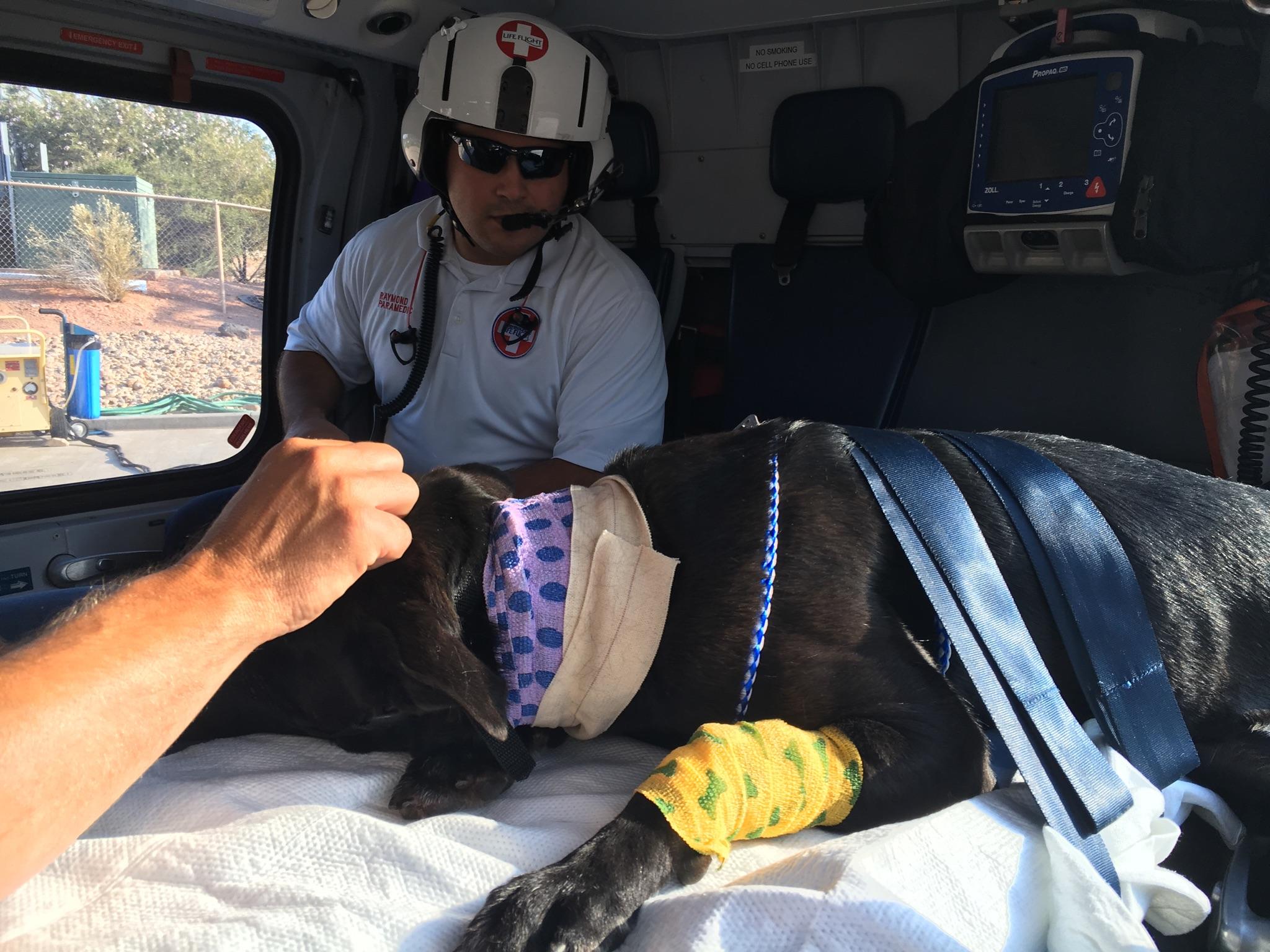