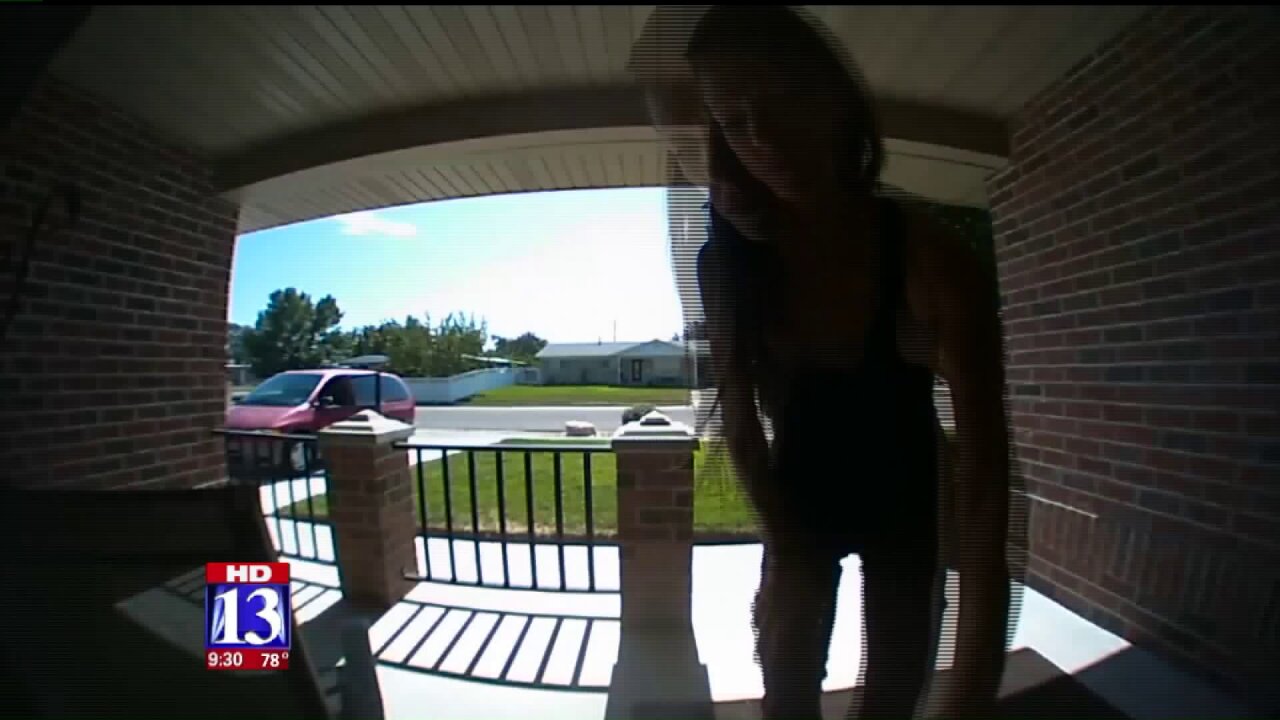 TAYLORSVILLE - There's lots of people who are victims of package thieves, but Trevor Salmon was determined not to be one of them.

"I was determined to find the lady, and I had the inkling to drive around the neighborhood and look for her," Salmon said.

A package for Salmon's pregnant wife was delivered to Salmon's house Monday afternoon, but before they could get it, a woman pulled up and took it off the front porch.

"We have a doorbell that has a video camera in it," Salmon said.

And the camera showed the woman as she bent down to get the package. Within just an hour or so the Salmons had posted the video to Facebook in hopes that someone might recognize her. Fortunately, one of their neighbors did see the post.

"I took my kids out to grab dinner," explains Erin Adams, who lives a few streets down. "As we came back, I saw the van and thought to myself 'No way, this lady is long gone,' and I slowed down, and looked and I’m like 'Oh my gosh, it’s totally that lady!''”

But Adams didn't have a phone number to get a hold of the Salmons to let them know. So, she tried knocking on their door, but no one was home. That's when Adams came up with a smart idea. She rang the doorbell, knowing it would send a message to the Salmons' phone.

"I opened it and it was one of my neighbors," Salmon said of the video message on his phone. "She said, 'Hey, that van that you guys posted about on Facebook is just down the street on the corner,' and I'm like, 'Perfect I'm a minute away, and I'm going to confront this lady.'"

And that's exactly what Salmon did. He didn't have to go very far to find the red van.

"Honestly, two streets down? Stupid criminal. If you're going to steal something in a neighborhood, why would you stay in the same neighborhood," Salmon questioned.

Salmon said when he caught up to the woman, she denied taking the package.

"I was like, 'We have proof that you took it' and she said 'No,'" Salmon said. "I said 'No, look,' and pulled out my cell phone with her picture from my doorbell."

Salmon said the woman gave him his stuff back, but after noticing additional packages in her car, he called police.

"She took off and did a U-turn on somebody's lawn to get away," Salmon added.

Salmon admits he was a little caught up in the moment, and the better option may have been to call police first. Police haven't been able to identify the woman, but ask if you recognize her to please call the non-emergency number for your local police department.