WEBER COUNTY, Utah - The "Uintah Fire" has burned at least six structures and is forcing widespread evacuations in Weber County.

The flames have scorched about 619 acres of land and the fire is now 5% contained.

"People within the surrounding community areas of this fire that haven't been evacuated already need to get ready. Get ready for possible more evacuations," said Doug Bitton, a representative for Layton City Fire. "We have zero containment right now. The wind is favorable now. It was terrible this morning but it's favorable now. We have plenty of air support going right now with bucket drops and also retardant drops."

"The communities surrounding this area - they might be at an emergency evacuation point, so get ready. Get your bags packed, something to go with as a 'go kit' if there is evacuation, whether voluntary or mandatory. Honor the evacuation - it is your life safety," Bitton said.

An evacuation center has been set up at Dee Events Center at 4400 Harrison Blvd. on the Weber State University Campus.

Small animals are allowed in the parking lot but not inside the Dee Event Center. Evacuees with larger animals like livestock and horses can take those animals to the Weber County Fairgrounds.

Below is an updated map of the current evacuated areas in yellow green.

The current evacuated areas are in yellow green. - Weber County 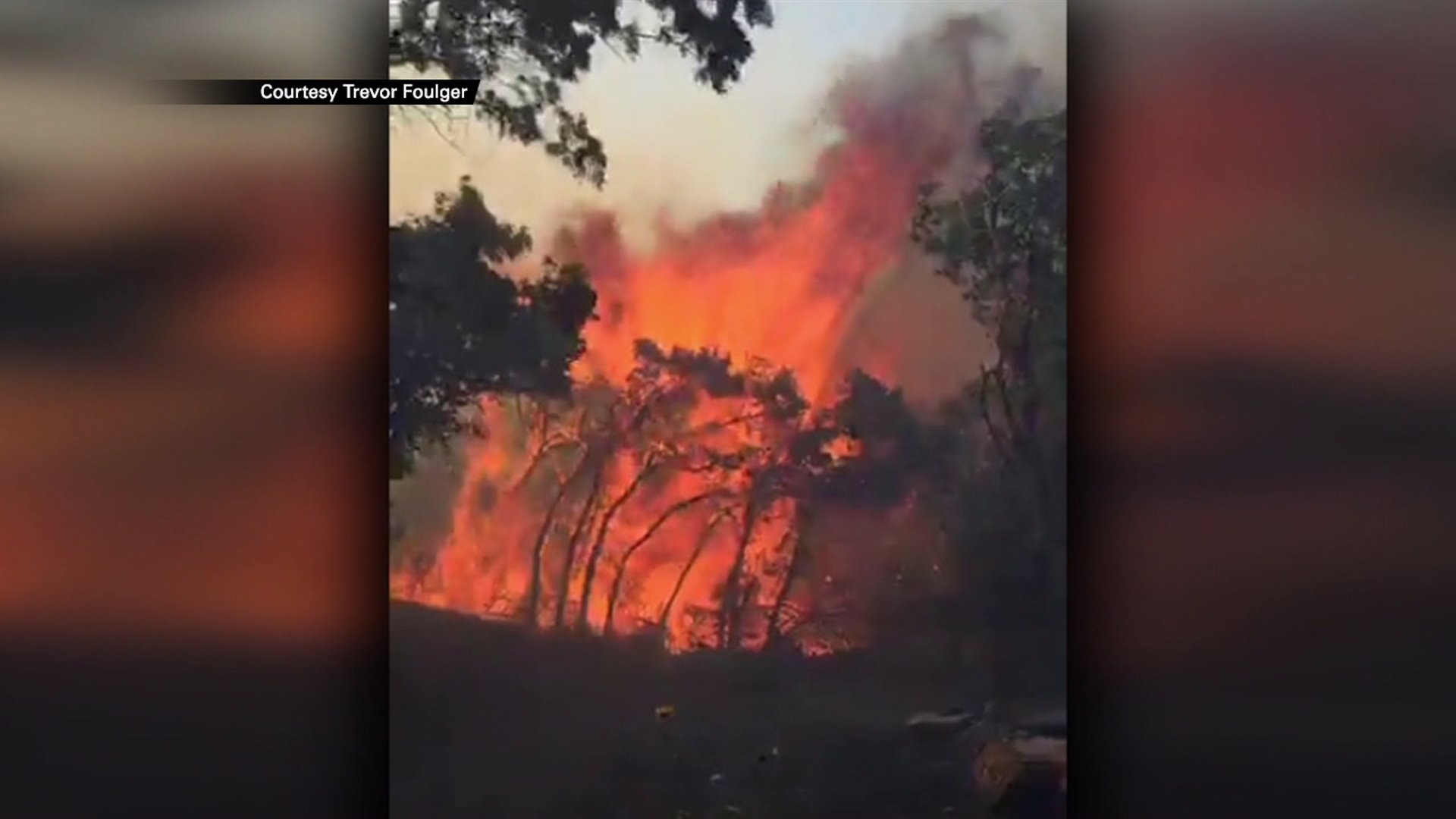 According to the Davis County Sheriff's Office, Comfort Inn Layton, Comfort Suites and Holiday Express in Ogden offering discounted rates to evacuees from the Uintah Fire.

Planes are now dripping fire retardant on the fire.

Strong downdrafts in the canyon are making the blaze unpredictable.

The cause of the fire was not immediately known.